In September, Asia’s largest hygiene products company, Unicharm Corporation, announced it would acquire entire shares of DSG International, a manufacturer of diapers and other absorbent products in Southeast Asia. The deal, which is said to be worth $530 million,  represents one of Unicharm’s largest overseas acquisitions ever, and significantly bolsters Unicharm’s lineup of low- and mid-priced diapers in Southeast Asia, while also adding production capacity in new countries for the Tokyo, Japan-based company.

DSGCL Group manufactures disposable diapers for babies and adults, with  locations in Thailand, Malaysia, Indonesia and Singapore. DSGCL’s baby diaper brands include BabyLove, Fitti and PetPet, while its adult diaper brands include Certainty. The company is reportedly the leading adult diaper manufacturer and second largest maker of baby diapers in Thailand and has been working hard to close the gap between itself and its future owners. In 2016, the company, which has annual sales around $250 million, launched BabyLove nanopower, diapers featuring a patented mega thin sheet and followed this launch with a pants-style diaper.

Unicharm developed its 10th Medium-Term Management Plan in 2016 with the goal to accelerate the globalization and  growth of its business.

Under the plan, Unicharm aims to increase its consolidated net sales of to ¥800 billion or $7 billion, representing a compounded annual growth rate of  7%. Unicharm has proactively expanded its business especially in high growth markets in Asia, as an important part of its strategy to concentrate on priority countries and regions.

The integration of the DSGCL Group into Unicharm will help expand and improve its product lineup, enhance its market position and realize the economies of scale in the Southeast Asia region, particularly in Thailand and Malaysia.

Unicharm has been steadily growing its Asian business outside of Japan. The company acquired Vietnamese hygiene products producer Diana in 2011 and Myanmar Care Products in 2014 and has invested steadily in greenfield operations in fast-growing markets like China and India in recent years. Last year, its sales within Japan represented just under 42% of its total business while 43% of its business was done elsewhere in Asia. Within the baby diaper market, Unicharm has a no. 1 marketshare in Japan, Vietnam, Indonesia and Thailand, a no. 2 position in India and a fourth position in China. In feminine hygiene, Unicharm holds no. 1 positions in Japan, Indonesia and Vietnam while in adult incontinence it has no. 1 positions in Japan, Indonesia, Vietnam and Taiwan and a no. 2 position in Taiwan and a no. 2 position in Thailand.

Earlier this year Unicharm CEO Takahisha Takahara said the importance of the Southeast Asian market is high due to a growing young population as well as increasing consumption of disposable products.
“The use of disposable diapers and sanitary products is still premature and high growth is expected,” he said. “In this sense the importance of Southeast Asian countries is high.”

India emerged as one of the leading markets for Unicharm in terms of sales and turned profitable by the fiscal year ending 2017 and reported sales in the 20% range in 2018. As the company works towards achieving its goals, it has been making strong progress in India.

“India is special to us and the love that we’ve seen here over the past 10 years is overwhelming. The team has been able to develop products by understanding the needs of consumers and bringing the best hygiene practices, powered by Japanese quality and experience. I am excited to be a part of this important milestone which marks our 10th year in the country and expansion of our operations,” Takahara says.
Related Searches
Related Knowledge Center
Suggested For You 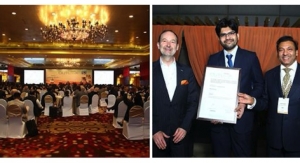 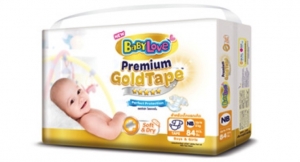