While diapers continues to be a hot market, investment continues across the nonwovens spectrum.

Growth continues in China. Probably the most quickly growing market for nonwovens and nonwovens-based products in the world, China is constantly gaining the attention of investment across a number of disposable and durable nonwovens markets. And, while investment has cooled slightly as the market absorbs capacity that has come onstream during the past five years, new lines continue to be built in the country.

One of the companies currently investing in China is Berry Global, the world’s largest manufacturer of nonwovens, Berry Global announced a plan to invest in Chinese capacity last year. The company, which already has sites in Nanhai and Suzhou, will add a massive Reicofil 5 spunmelt line at a yet-to-be-determined location to capitalize on disposable markets in China, the company says.

“This exciting news demonstrates strong commitment to our customers’ growth around the world, as well as the next step in advancing our market leading position in hygiene and healthcare material solutions,” says Scott Tracey, president of Berry’s Health, Hygiene, and Specialties Division.

Another  nonwovens producer with its eye on Asia, if not China, is Suominen. The manufacturer of spunlace and wetlaid nonwovens for wipes, medical and hygiene applications announced that a key part of its next strategic growth period will be expansion into Asia. The company already has operations in North and South Carolina and Europe, but has cited Asia as an important part of being a global player in nonwovens.

Other major nonwovens manufacturers with operations in China include Fitesa, Tenowo, Toray Advanced Materials, PFNonwovens, Lydall, Johns Manville, TWE Group and Freudenberg. These manufacturers represent all of the many technologies and markets for nonwovens and suppliers to these companies—both those based in China and around the world—that are continuously looking at this country for growth.

Meanwhile, Chinese-based producers continue to go strong. Last month, Dalian Ruiguang Nonwoven Group in China reported it has successfully achieved full capacity of 15,000 tons per year on an Andritz neXline wetlace line producing wipes. The line integrates stock preparation, wet forming, hydroentanglement, and drying. Thanks to the flexibility of the line, the customer is able to produce the full range of wipes applications, including industrial composite wipes.

The highly flexible Andritz wetlace technology, combining wet forming and hydroentanglement, is especially suited for the production of flushable wipes that are dispersible, 100% biodegradable, and without any chemical binders. This fulfills the highest environmental standards for the end products and enables production of certified nonwovens quality according to the latest EDANA/INDA guidelines for flushable wipes.

Successful performance by the Andritz neXline wetlace sets a new benchmark in Asia and underlines Andritz’s position as one of the global market leaders for the supply of complete nonwovens lines, key components and services, according to the company.

Dalian Ruiguang Nonwoven Group is one of the leading Chinese producers of nonwovens, supplying its products mainly to international customers.

“The flushable wipes produced on the neXline wetlace line are excellent and fulfill the highest environmental standards. Our customers are more than satisfied,” says Gu Yuanming, president of Dalian Ruiguang.

Automotives Rise
In terms of end use investment, Autoneum expanded its footprint in China with the addition of two new plants bringing its total number of sites in the country to 10. The ninth Autoneum production facility was officially opened in Pinghu (Zhejiang Province). A further plant in the northeastern city of Shenyang Tiexi (Liaoning Province) is already in the ramp-up phase. The series production of lightweight multifunctional components for noise and heat protection have started at both plants.

The continued strong customer demand for lightweight components for acoustic and thermal management made it necessary to further expand Autoneum’s production capacities in China, the world’s largest automotive market. The company’s Asian production network has been enhanced with a 9000 square meter-plant in the city of Pinghu, located around 100 kilometers southwest of Shanghai, and a production facility in Shenyang Tiexi in the northeast of the country.

Using state-of-the-art production processes, Autoneum Pinghu will manufacture underbody systems made of Ultra-Silent for European, U.S.-American and Chinese customers. These textile underbodies will be installed, among others, in various hybrid models and a fully electric vehicle of a new Chinese car manufacturer.

When operating at full capacity, around 5.5 million underbody components made of Ultra-Silent will be produced in Pinghu each year and delivered just-in-time to the local production facilities of customers. With Ultra-Silent, Autoneum offers the lightest underbody systems for vehicles available on the market: Compared with equivalent components made of plastic they are up to 50% lighter, fully recyclable, reduce noise and thanks to improved aerodynamics help to reduce a vehicle’s fuel consumption and emissions.

Diaper Dominance
In the diaper market, China’s importance cannot be under estimated as major brands based all over the world are focusing on growing sales and marketshare in the country and Chinese consumer preferences—like softness and improved fit—are influencing diaper demand around the world.

“The influence of the Chinese middle class can be felt throughout the global diaper market as major manufacturers of baby diapers have incorporated ultra softness and three dimensionality into the nonwovens used in their diaper designs,” says Pricie Hanna, principal of Price Hanna Consultants, and a well-known diaper market expert. “All of the majors are trying to pick up share and hold onto it in the premium diaper  market of China.”

In fact, both Unicharm and Procter & Gamble have admitted making early mistakes in its Chinese strategy. Unicharm first entered the market with its affordable MamyPoko diapers instead of its higher-end Moony brand and used supermarkets and other conventional venues as sales channels until it noticed that consumers were looking to e-commerce channels to find higher quality diapers not available in Chinese stores. Unicharm responded with an expansion to its diaper factory in Fukuoka Prefecture, Japan, which has increased the company’s capacity and allowed it to export Moony diapers to China and other Asian markets.

Meanwhile, P&G executives said in 2017 that it had misjudged the Chinese market after they failed to position a premium style diaper in the country, a mistake they soon remedied through the launch of Pampers Ichibon premium tape style diapers and the upgrade of a premium pants-style product, which captured the number one spot in the category not long after launch.

According to market tracker Euromonitor International, the Chinese baby diaper market grew 9% in 2016, driven largely by volume growth spurred by the relaxation of the one child policy, which increased the birth rate. Additionally, the per capita usage of diapers remains low at 395, meaning there is still significant penetration to be made in the category.

While this growth is attractive, competition can be fierce in China, particularly among the Japanese manufacturers. Kao was the first company to capitalize on this phenomenon. After noticing how many of its premium diapers Chinese tourists brought home with them, the company began selling its Merries brands locally and soon many of its fellow Japanese manufacturers followed suit.

In September 2017, Daio Paper entered the premium disposable diaper market in China with a product that is reportedly more breathable than previous Chinese introductions. Daio has been selling diapers in China since 2013 when it opened a factory in Nantong to produce Goo.n regular disposable diapers. The new introduction called, Goo.n light plume uses a proprietary material that feels softer on the skin. It is 30% more breathable than earlier products and is less likely to become damp, even when worn for a long time, the company says.

Tuomas Yrjoia, vice president of baby and feminine care at Essity, reports the Chinese baby care category in general continues to be dynamic with great potential for consumer preferred innovation. Essity recently entered the premium segment with its Libero Touch, which improves the level of softness in pants and open diapers. “The consumer acceptance and repeat purchase levels are outstanding,” Yrioia reports. “Up to nine out of 10 parents who have tried it recommend it to others.”

This innovation has been rolled out across the Nordic region, Russia, Asia and Latin America, as well as in France under the Lotus brand.

Meanwhile, in pants-style diapers, Essity has introduced its biggest upgrade in more than 25 years, to its market leading pant range “Up & Go” in Nordic markets. These pants deliver superior comfort and protection, thanks to softer and flexible materials. They also have unique dual leakage barriers that provide improved fit around the legs.

In the next few pages, some of Nonwovens Industry’s biggest advertisers discuss their Chinese operations—where they are going and where they have been—as well as their plans for this market. Together they represent just how important China is becoming to the global nonwovens industry.
Related Searches
Related Knowledge Center
Suggested For You

Andritz Wetlace Line Up and Running at Dalian Ruiguang 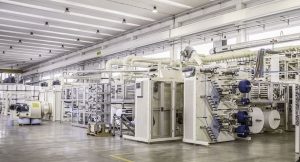 World of Wipes Wraps Up Tomorrow 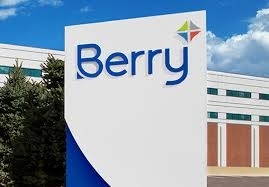