Any change to trade deal could have major implications for nonwovens industry.

On May 23, 2017, the Office of the United States Trade Representative (USTR, a branch of the White House) published a request for comment on negotiation objectives regarding “modernization” of the North American Free Trade Agreement (NAFTA) treaty that has been negotiated between the U.S., Canada, and Mexico. As part of the notice, USTR noted that a hearing has been scheduled for June 27 – this article went to press on June 15 – in the Main Hearing Room of the U.S. International Trade Commission, 500 E Street SW., Washington, DC 20436.

Historically, in matters this weighty, USTR grants notice of at least 60-90 days for comment and/or prior to a public hearing.  In this case, however, USTR announced a June 12 deadline for comment. Through its May 23 notice, USTR states that the U.S. government intends to commence negotiations with Canada and Mexico regarding NAFTA “modernization.”

As USTR characterizes the issue: Any NAFTA renegotiation of course has the potential of major impacts on the U.S. nonwovens industry considering that the majority of nonwoven roll goods (HTS 5603) exported from the U.S. are destined for either Canada or Mexico; and there is also considerable trade of converted products—diapers, wipes, hygiene, etc.—between the three nations.

At Issue
According to USTR, the U.S. commenced bilateral trade negotiations with Canada more than 30 years ago, resulting in the U.S.-Canada Free Trade Agreement (CFA), which became effective in 1989. In 1991, bilateral talks began with Mexico. NAFTA followed, in 1994, progressively eliminating tariffs—except  a limited number of agricultural products traded with Canada—by 2008. USTR further notes that NAFTA includes chapters covering rules of origin (an issue of interest to the nonwovens industry), customs procedures, agriculture and sanitary and phytosanitary measures, government procurement, investment, trade in services, protection of intellectual property rights and dispute settlement procedures.

This remained until May 18, 2017—following consultations with “relevant” Congressional committees—the USTR Office gave notice to Congress that President Trump intends to commence NAFTA renegotiations with Canada and Mexico. A few days later,  USTR called for public comment as it develops its negotiating objectives and positions, inviting interested parties to comment on a number of issues, stipulating that any written comments had to be received no later than June 12, 2017, well less than 30 days after publishing a request for comment—somewhat unprecedented by any government agency during the past three decades or more.

Issues up for discussion include: general and product-specific negotiating objectives for Canada and Mexico in the context of a NAFTA modernization; economic costs and benefits to U.S. producers and consumers of removal of any remaining tariffs and removal or reduction of non-tariff barriers on articles traded with Canada and Mexico; treatment of specific goods (described by HTSUS numbers), including comments on: product-specific import or export interests or barriers; experience with particular measures that should be addressed in negotiations, addressing any remaining tariffs on articles traded with Canada, including ways to address export priorities and import sensitivities related to Canada and Mexico.


Implementation of D.C. Flushable Labeling Law Advances
A meeting was held on June 8 at DC Water regarding statutory requirements for labeling of nonwoven products under the city’s Nonwoven Disposable Products Act. Under this law – which was enacted last year – no manufacturer may “advertise, package, or label any nonwoven disposable product as ‘flushable,’ ‘sewer safe,’ or ‘septic safe’” in D.C. unless the nonwoven disposable product is deemed to be flushable by DC authorities effective January 1, 2018. The D.C. Department of Energy and Environment (DOEE) says it intends to provide “a transition period of compliance” along with “assistance and phase-in for both manufacturers and retailers.” DOEE is currently preparing a rulemaking that implements the Act, and is “researching the labeling standards developed by INDA and NACWA.” The International Water Services Flushability Group (IWSFG, an international organization comprised of four different nations) is also involved in this rulemaking in that a publicly-available standard for determining flushability that the organization is developing was referenced as the starting point for the wastewater side while INDA/EDANA’s GD3 was the starting point for nonwovens manufacturers.
Related Searches
Related Knowledge Center
Suggested For You 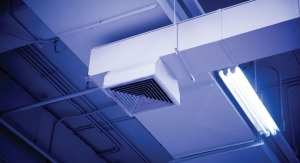