Trump administration is better poised to identify trade abuse than its predecessors.

By including international trade as a primary component of the “America First” policy during his inaugural address, President Donald Trump sounded several themes—both in terms of negotiated trade deals and unfair trade practices committed by U.S. trading partners—that were familiar from his rallies on the campaign trail. Making good on international trade campaign pledges, one of the President’s first official acts was to suspend U.S. participation in the Trans-Pacific Partnership (TPP) negotiations two days after he assumed office.

Since then, President Trump signed 90 Executive Orders (EO) during his first 100 days in office, nearly a half dozen of which relate to international trade issues in some way, shape or form.   On April 29, President Trump signed Executive Order 13796 that addresses “violations and abuses” of international trade by U.S. trading partners; as well as EO 13797 which creates a new Office of Trade and Manufacturing Policy (OTMP) within the White House. For members of the nonwovens industry, these actions appear to be designed to demonstrate that the Trump Administration is better able to identify trade violations and abuses—as well as solutions to those violations – than previous administrations. One area of historical concern to the nonwovens industry on these issues is protection of intellectual property rights are intended to deter trade in counterfeits, knock-offs and much more.

Also, by creating OTMP, the Trump Administration may be giving members of the nonwoven fabrics industry some new and unique opportunities to get more deeply involved in international trade policy issues moving forward.

With regard to the Executive Order on trade violations and abuses, EO 13796, the document begins with several paragraphs regarding international trade agreement before addressing the issue of intellectual property protection, affirming that the U.S. should renegotiate or terminate any trade measures that harm the U.S. economy, business and intellectual property rights.  The means to reach those ends are outlined in the next four sections of the document, beginning with Section 2,  which directs the Secretary of Commerce and the U.S. Trade Representative (USTR) – in consultation with other offices – to work together and conduct comprehensive performance reviews of trade agreements to which the U.S. is a party as well as all trade relations with countries governed by the rules of the World Trade Organization (WTO) with which the U.S. does not have free trade agreements.

Meanwhile, under Section 3, performance reviews were due to the President via Commerce/USTR no later than April 29, and are expected to identify violations/abuses related to trade and investment agreements.;  and, section 4 addresses remedies for trade violations/abuses by calling upon Commerce and USTR  to take “every appropriate and lawful action to address violations of trade law, abuses of trade law, or instances of unfair treatment.”

Executive Order EO 13796 should theoretically be among the highest of the high priorities set by Commerce Secretary Wilbur Ross and USTR Ambassador Robert Lighthizer, but, Section 5 of the EO states that it “shall be implemented consistent with applicable law and subject to the availability of appropriations.”

The other Executive Order signed on April 29, EO 19797, establishes a new Office of Trade and Manufacturing Policy (OTMP) consisting of a director, to be selected by the President, and such staff as deemed necessary by the Assistant to the President and Chief of Staff. OTMP’s mission is “to defend and serve American workers and domestic manufacturers while advising the President on policies to increase economic growth, decrease the trade deficit, and strengthen the U.S. manufacturing and defense industrial bases.”

Specific OTMP responsibilities include advising the President, serving as liaison between the White House and the Department of Commerce and undertaking trade-related “special projects” as requested by the President; and helping to improve the performance of executive branch’s policies regarding domestic procurement and hiring policies.

As with EO 13796, creation of the OTMP “shall be implemented consistent with applicable law and subject to the availability of appropriations.” With all the tumult in Washington, DC, these days—and with significant staffing shortages still being reported throughout government—it will be interesting to see how both of these efforts play out. For members of the U.S. nonwovens industry, the big news here is that there are new avenues potentially on the horizon for voicing concerns about unfair foreign trade practices and helping to develop policies that increase U.S. production.

Senate Confirms New U.S. Trade Rep
The United States Senate voted 82-14 on May 11, 2017, to confirm President Donald Trump’s pick to serve as the next United States Trade Representative – veteran DC trade attorney Robert Lighthizer. The Office of the USTR is an arm of the White House responsible for representing U.S. interests in all international trade negotiations.

Mr. Lighthizer served as Deputy USTR during the Reagan administration, and is known for his “unorthodox,” style of tough-nosed negotiating style.

As a lawyer, Politico reports that Lighthizer has represented U.S. Steel Corp. and other domestic giants in their efforts to keep foreign steel imports at bay; and cites his previous role as chief of staff on the Senate Finance Committee who later served as Treasurer for Sen. Bob Dole’s Presidential campaign in 1996.

With Lighthizer in place, the White House is now in position to trigger the formal process for beginning renegotiation of the North American Free Trade Agreement (NAFTA) should it chose to do so. It is not immediately clear, however, when, or if, the Trump Administration will begin that process.
Related Searches
Related Knowledge Center
Suggested For You 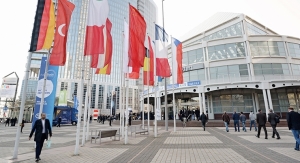 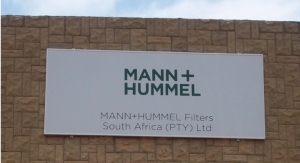