As its new Egyptian line, the company’s first foreign investment, gains steam, Pegas Nonwovens, Europe’s largest nonwovens producer for the hygiene segment, reports that sales increased 13.2% to €187.7 million ($248 million) in 2012, due to the installation of a new production line in Znojmo, Czech Republic, which came onstream in mid 2011. At the same time, earnings rose 5.7% due to the new production line, which offset lower than planned production volumes and an increase in electricity prices. Additionally, the impact of polymer price volatility on the full year 2012 ended up being negative, says CEO Frantisek Rezac.

With nine lines in the Czech Republic, as well as one starting up in Egypt, Pegas manufactures spunmelt nonwovens, largely for the hygiene market. Up until the Egyptian investment, much of the company’s sales were targeted in the greater European market but this is expected to shift moving forward as the new line broadens its scope in North Africa and the Middle East and other markets.

“We consider the investment in Egypt to represent an important milestone, which moves the company forward from its current position as a major European nonwoven textile manufacturer to that of becoming a company with a more global scope of operation and with a focus on fast growing developing markets,” Rezac says.

Currently, 46% of sales are conducted in Western Europe while sales to Central and Eastern Europe and Russia represent 49% of sales. Sales outside of these regions amounted to 5%.

Pegas’ new Egyptian line, which was announced in June 2011 based on a long-term delivery agreement with one of its customers, adds 20,000 tons to the company’s global footprint. Located near Cairo, in an area that has escaped much of the political unrest that has plagued Egypt this year, the new investment was valued at €64-67 million. In announcing the new line two years ago, executives said they would ultimately add a second line to this site in 2015-2016 but so far no firm plans have been announced.

Rezac says the company will take its experience in Europe and parlay it into a successful operation in North Africa. “Pegas has indepth knowledge and know-how in the business environment in the Czech Republic and Europe as a whole,” he says. “Indeed the new localization of a production facility outside the Czech Republic has brought new challenges. We identified several key areas where we need to focus our efforts and we believe that our experienced management team will deal with all potential issues and the project will be successful.”

Even as it focuses on new investments, its main operation in the Czech Republic has not been ignored. The site’s ninth line, a Reicofil 4 Special line, came onstream there in the second half of 2011 and represents the most advanced technology Pegas has to date. “Currently, this line represents the most advanced technology that Pegas has at its disposal and confirms our position as one of the technological leaders in the nonwoven textile production sector,” Rezac says. “Apart from increasing our production capacity of ultralight materials, this technology makes it possible for us to offer our customers new bicomponent nonwovens.”

The ninth line added 20,000 tons to Pegas’ operation, much of which will comprise ultralight materials, new bicomponent applications and other advanced materials.
Suggested For You 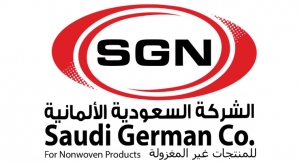 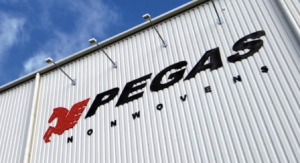 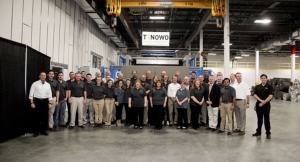