Making it a one-stop shop for many of the world’s biggest hygiene companies, Berry Global announced last week it had signed a definitive agreement to acquire Clopay Plastic Products, a maker of breathable and non-breathable films and laminates, for $475 million in cash.

The proposed acquisition of Clopay is directly aligned with our fundamental strategic initiatives,” saysTom Salmon, CEO of Berry. “We are extremely excited with what Clopay’s global capabilities and unique technology platform will add to our organization. The combination of Clopay with Berry’s Health, Hygiene, and Specialties division broadens our position within the faster growing health and hygiene markets. Clopay will bring Berry new capabilities in the production of technical films, where they are a known innovator with patent protected breathable hygiene films.”

Salmon fielded a number of questions related to the proposed acquisition during the company’s fourth quarter and fiscal year earnings call last week, the same day the Clopay deal was announced.

With annual sales of $461 million, Clopay operates facilities in Kentucky, Tennessee, Germany, Brazil and China and has about 1500 employees. It shares many of the same customers as Berry in the hygiene segment . Its largest customer, Procter & Gamble, represented about half of sales last year.

Following the acquisition, Berry’s heritage films business and Clopay will be able to optimize complementary production capacities, reduce material and conversion costs and better serve customers from an expanded global footprint. The acquisition also gives Berry access to patent protected technologies in the breathable films segment, which will improve its position in this fast growing market.

“We will now have the most dynamic portfolio around,” he adds.

No stranger to acquisition, Berry propelled itself to the position of leading nonwovens producer in the world in 2014 when it purchased Avintiv. Avintiv had become the world’s leading nonwovens producer that same year, following significant acquisition in South America, North America and Europe. The company continues to invest in its nonwovens operation, announcing in April it would add a state-of-the-art line in China to meet demand in the fast growing hygiene market there.

Berry’s heritage films business and the acquired nonwovens business contained a number of synergies and like customers and were soonafter combined to form the company’s Health and Hygiene Specialties (HHS) division. The Clopay business will be included in this segment.
Related Searches
Related Knowledge Center
Suggested For You 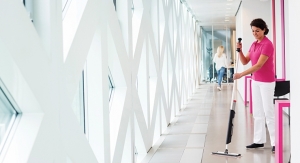 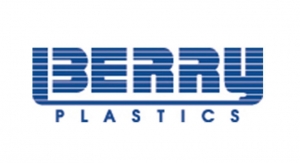