Fibertex to Expand in Brazil

Fibertex Nonwovens will increase its Brazilian production capacity by 20% to accommodate growing demand for special-purpose products for the automotive and other industries. The Denmark-based nonwovens producer purchased the site in February 2018 from Duci and has already signficiantly increased its sales to a number of South American customers.

“The process of taking over the factory in Brazil has far exceeded our expectations. Our South American customers have given us a really warm welcome, and we’re already facing an urgent lack of capacity,” says Fibertex Nonwovens CEO Jørgen Bech Madsen. “We've been planning to expand capacity since acquiring Duci, but the need has arisen faster than we anticipated, and we will begin to upgrade the existing production line immediately. We know from previous experience in expanding our other factory sites that an upgrade can increase our output capacity by 20%. In addition, we will accelerate planning for other expansion projects.”


Estimated at close to DKK 15 million, the investment is expected to be fully implemented by the summer of 2019. Bech Madsen explains that Fibertex Nonwovens has already sold the extra capacity to the growing Brazilian market, which is the world’s sixth-largest and accounts for more than half of the entire South American market. The spunlacing technology made by Fibertex Nonwovens in Brazil is manufactured by just one other company in South America. Fibertex already makes this type of nonwovens at sites in France and Turkey, and its experience in this segment was a key factor in its success.


“We’ve accumulated our nonwovens experience over quite a number of years, but there is a big difference between  simple high-volume products, such as geotextiles, and the special-purpose products used for filtration, acoustic solutions, interior and exterior applications in cars and other purposes, special wipes or products for the shoe-making industry. We are a global leader in special-purpose products, and obviously, work is well under way to apply our knowledge and production methods at our new facility in Brazil. They give us some unique market advantages,” Bech Madsen continues.

In fact, demand for special-purpose products is growing faster than any other part of the industry, and not just in the Brazilian market. Several other South American markets, including Argentina, are reporting strong growth in industrial production.

“Historically, the nonwovens market has grown at three times the rate of our GDP, and there is still a huge potential. The average Brazilian consumer spends only about one-third of what an American or European consumer does, and this is where nonwovens play an important role,” explains Carlos Benatto, the CEO of Fibertex Nonwovens’ Brazilian subsidiary.

That growth rate applies not least to Brazil’s large automotive industry in which virtually all American, European and Japanese carmakers play an active part. Fibertex Nonwovens is a market leader when it comes to supplying nonwovens to the auto industry. The average European car contains about 30 m2 of special-purpose nonwovens, including everything from headliners, seats and parcel trays to exterior applications used in wheel housings, motor insulation or underbody parts, and the investment in Brazil gives Fibertex Nonwovens a unique platform from which to serve existing and new automotive customers. 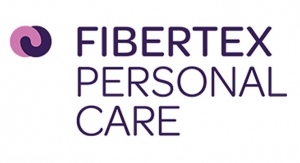 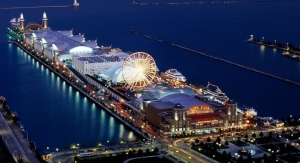 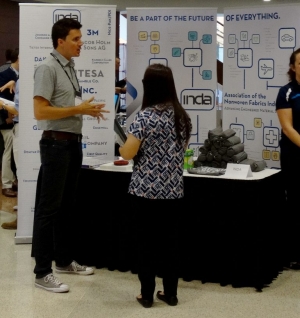 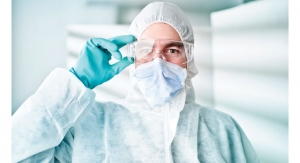