A story is told of two shoe salesmen, a very long time ago, that went off to a far off land to sell shoes. When they arrived at their destination they realized that people in this far off land do not wear shoes. They came back to their companies. They prepared their reports. One of them said there is no market for shoes in this far off land. They do not use them. They do not need them. They do not even understand this product. The other salesman prepared his report and said, “There is a big market for shoes in this far off land. Not even a single person wears shoes. We are going to teach them about shoes. We will show them the advantages of wearing shoes and we will make everyone in this land love shoes. Everyone will wish they had a pair.” These two salesmen both saw the same market. They got the same information. The information that they both had was actually correct. No one. Not one person wore shoes. The people in this far off land would not know what to do with shoes. For the two salesmen, they had observed the same market. But it was their ideas and thoughts about the market that was different.

So what has that got to do with diapers, Raymond, you may ask? I am getting there. In fact let me tell you another story. This one takes place in modern Africa. The above story is perhaps legend. This one is a true story. I hope you like true stories. So there was a far-away market in Africa. In fact, it was the biggest market in Africa by population. This market, this country, was called Nigeria. A lot of business people used to say that you cannot claim to be big in Africa if you are not big in Nigeria. It was the biggest market. So there were two companies that went to Nigeria. They both manufactured baby diapers. One of them went there first. They looked at the market and did their research. Their research told them that the average person in this market is poor. They have very low disposable income as their marketing people explained and elaborated to them in marketing language. So they decided, we should offer this market a cheap product that they can afford. So we will offer them a low spec product that is “fit for the market.” It seemed to make perfect sense. Besides, their brand was a global leader and was generally known to be premium in all the markets they were in. So offering the lowest spec of their premium brand in one of Africa’s not so wealthy markets also made good business logic.

Many, many years later, another company that also made diapers and had been growing aggressively in other markets decided that they would also want to explore this market called Nigeria. So they did their research. The research told them that the market is big. And this is the biggest market in Africa by population. But the consumers do not have a lot of money to spend. Their marketing team confirmed that they have low disposable income. These were the same observations that the marketing team of the first company, who was by now the market leader, had observed. This company who was the late-comer also prided themselves in making quality baby diapers. In fact they were number one in certain global markets in which they operated in.

But the late-comer company made a different decision from the first company. They decided that they will make a quality baby diaper for this market and they made a decision that they were going to be number one in this market. They decided they will offer the market the best quality that they thought the market could afford. Their key focus was on quality. So they did their work on a diaper that offered the best quality versus price ratio and they started exporting it to Nigeria market. Their brand became very popular and in a few years they had achieved the right scaling and they built a plant from scratch. There were big challenges along the way. In fact while they were building the factory the local currency devalued drastically. But they stuck to their plan. In four short years they were number one in Nigeria. By year four they had over 51% market share. They were number one by a larger margin than the newcomer was. That brand was called Molfix. The brand that they deposed from the number one spot was called Pampers.

The lesson here is that having data is one thing. It is how you interpret the data sometimes that may matter even more. I also think that it is also key to keep an open mind. Especially when one is approaching emerging markets. I have stories of colleagues who have jumped on a plane from the bright Jo’burg city lights to travel into the rest of the Africa region. On their return, their biggest take out is how the traffic lights in Lubumbashi or Kinshasa don’t work or how there are too many traffic circles in Nairobi when there should be traffic lights. If you focus on the wrong things, you may just miss the point completely. Instead of looking for opportunities to sell to this market that has low disposable income, you may miss the point by focusing on how so different this market is from your own advanced market.

Emerging markets sometimes require counter-intuitive approaches in order to win. In the way that Hayat approached the market by offering a quality product when others thought that maximizing brand equity by using a strong brand name but offering the cheapest quality possible was the right approach. In the same way, Unicharm approached emerging markets of China, India, Thailand and Indonesia with a diaper format that every other manufacturer would have thought was too good for such a poor market.  They offered pull ups to markets that had generally low disposable income. In fact they went further. They deliberately went in with a plan to employ more of the mothers that were going to be their customers. Think about that approach for a minute. In fact let’s unpack it. The logic is, we want to create more jobs for the people who will become our customers. Talk about a winning formula. Talk about logical thinking. Simple and logical. It makes perfect sense. Unicharm’s strategy is explained very well in this case study by Business Call To Action.

They plan to triple their annual production by 2020, with 40% of their production coming from MENA and Asia. They plan employ an additional 8000 women throughout Egypt, India, Indonesia, Saudi Arabia, Thailand, and Vietnam – nearly doubling their female workforce in these countries. They are targeting 36 million women in the base of the pyramid in these markets with a plan to lift them out of poverty. They want to make better customers with more money out of these poor women. It is a winning formula. And with such a winning formula, you can only win in the market. And you can only lead. So while Japan may have led the world with the highest penetration for pull-ups, today India, an emerging market, is a market with 80% penetration for pull ups and the world’s highest penetration for pull-ups. That was Unicharm’s doing. All in less than a decade.

There are some more really good lessons to be borrowed from Asia, so if you will indulge me I would like to stay in China for a bit. Sometimes, despite the best laid out plans, the market may also tell you what they want, and it is up to you to listen and act and benefit from the opportunity. Kao was the last of the key players to enter the Chinese market. The other players, P&G, Kimberly-Clark and Unicharm were already there. But it was the insatiable appetite for Kao’s premium Japanese made diapers by the affluent Chinese consumers that drove the demand. Affluent Chinese holiday makers to Japan were returning home with packs upon packs of Merries diapers. That was the first wave. The next wave was that affluent Chinese consumers were ordering Merries diapers online in huge quantities.  Kao noticed and started formally exporting Merries to China.

Today we can see the pull-up trend taking hold in Africa. Hayat recently launched the pull-up format for their Molfix brand in Nigeria, Africa’s biggest market by population, where they are number one by over 50% market share. Hayat has also recently launched in Kenya. In this new market, they also have a pull-up version of Molfix. The Kenya business is of course meant to service the whole EAC (East Africa Community) economic block, which comprises of the six member countries, Kenya, Uganda, Tanzania, Rwanda, Burundi and South Sudan. The EAC has a combined population of 172 million people and a combined GDP of $172 billion, as at 2017, according to their website. I was recently in Ethiopia. I went around the trade and was able to see that pull ups are on-shelf in that market as well. I think we can conclude and accept that pull-ups as a diaper format is here to stay in Africa. In South Africa good quality pull-ups from China are readily available even in the informal channels. Pull-ups will be an interesting trend to watch for the next few years on the continent.
Related Searches
Suggested For You 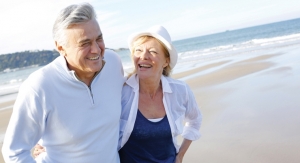 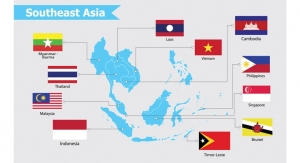 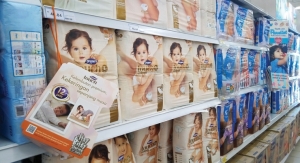 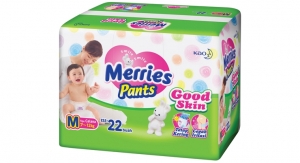