A device for manufacturing a disposable worn article, the device comprising: a cam drum; and a rotor that is rotated around the cam drum, wherein: the rotor includes a plurality of units; and each of the units includes: a mover that is guided by the cam drum and reciprocates in an axial direction parallel to an axial line of the cam drum by virtue of the rotation of the rotor; a first belt connected to the mover; a first pulley and a second pulley between which the first belt is wound and which rotate together with the first belt; a pad that reciprocates in the axial direction in accordance with the reciprocation of the mover, while holding a sheet piece, which is a part of the worn article; a second belt linked to the pad; a third pulley and a fourth pulley between which the second belt is wound and which rotate together with the second belt; and a transmission mechanism that transmits the rotation of the second pulley to the third pulley and changes a speed of reciprocation of the pad with respect to a speed of reciprocation of the mover.
Related Searches
Suggested For You

Apparatus and Method for Making Side Seams on Absorbent Articles: 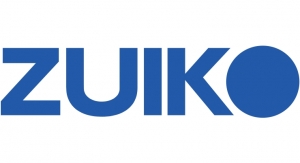