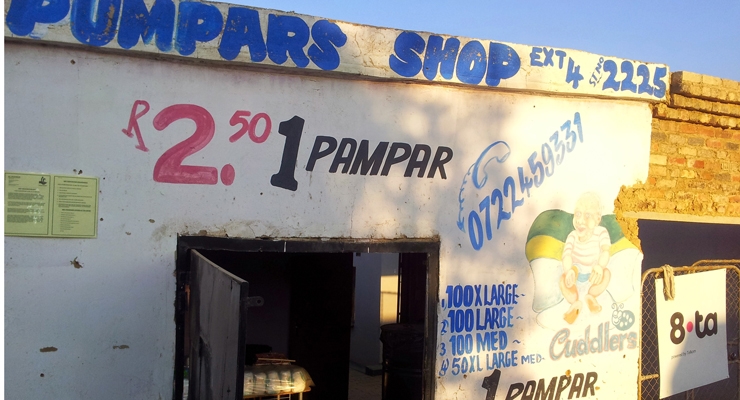 When dealing with low income channels or markets, the manufacturer finds themselves having to dig deeper into their innovation tool-box and they have to be creative about how to get the most out of the consumer who has little or very limited discretionary income. The manufacturer aims to get the consumer to spend their little or limited income more often on their product. Alternatively they work on getting the consumer to spend the little money that they have on their more expensive range. This is the more difficult route. It takes more courage and it means the manufacturer must rethink their pricing, their packs sizes, their marketing communication, their whole value chain. The easier option, which most manufacturers tend to take, is making cheaper products for the poorer consumer. The logic, and it is repeated over and over every time…this is what the poor consumer in this poor market can afford.

This option seems logical enough, but it ignores some really basic fundamentals of marketing that include choice and respect for your customer. Remember the story of Henry Ford? You can have any color car you want as long as it is black? Offering the customer your cheaper options together with your more expensive range of products gives them options and choice. It also shows that you respect your customer. You should offer the customer the more expensive range of products in smaller packs to make them more affordable, because their disposable income for now is lower. But who knows, maybe the economy will improve and the market itself will tell you that they no longer need the small packs, if you watch closely how they are voting with their wallets. The sales trends themselves over the years will tell a story if you keep your ears close enough to the ground or if your sales and marketing teams are watching the market closely enough.

And by no means am I saying that you must defy all logic and go ahead and launch your most premium product in your poorest market. What I am saying is if you have four tiers (and tier 1 being the best), manufacture tier 1 or 2 locally and import tier 3 until the volumes of tier 3 are significant enough for local production. Some (to read most) manufacturers will de-spec tier 4 to an even lower standard as a way to save costs and maximize profits and hope to ride on the great reputation of their brand to achieve high sales and high margins. And I get it. This is one way (for the manufacturer) of getting back all the equity they have invested in their brand over decades. You have spent money and lots of it. Amounts that will rival GDPs of small countries! The challenge with this approach is that when competition comes, the results will be obvious. We have seen something very close to this scenario unfold in the Nigeria market in the last five years and it is fast reaching a crescendo.

It is interesting to note that although Procter & Gamble pioneered the diaper market in China, they lost the market to new players whose strategy was actually premiumization of the market. Players who came way after them won over the consumer by making products that were better. It is becoming clear that they made the same mistake in Nigeria, Africa’s biggest market by population.

A late comer has taken over the market. These examples show clearly that the strategy to offer the market cheaper options on the premise that this is what the market can afford is poor judgement. You will give up the market to a newcomer that is prepared to take a chance on the poor consumer and offer them something better. The mind set of poor products for the poor consumer is clearly not sustainable.

And it gets worse. I have seen global players do this. Where the color for tier four regionally or globally is known to be pink, and tier 3 is maroon, they will keep things normal and this way in rich county A. But they will pack tier 4 products in pink, hoping to pass the tier 4 product off as tier 3 in poor country B. Nevermind that when consumers cross the border from poor country B to rich country A, as they often do, they will see that pink packaging in country A, which correctly says tier 3, is way better than the pink packaging in their country, which is tier 4 made to look like 3. I think this is quite insulting to your consumer. I apologize that I have had to tell the story in parables because I do not intend to point fingers.

Fortunately there are diaper manufacturers that have made a deliberate attempt to play in low income markets and have made a deliberate effort to show the consumer that, “I respect you.” In fact they have literally said, “I respect you so much that although you are a poor market, I am going to offer you something premium. I am going to offer you pull ups, when no one else will.” Now that’s quite counter intuitive. It is an approach so different that it may turn the market on its head and it did. And Unicharm had a very apt tag line for the affordable pants diapers that they offered the market, “Easy to Wear, Easy to Buy.”

Unicharm targeted the globe’s most populated markets but not necessarily the wealthiest—China and India. Today, the Indian market is 80% pull ups. Others have followed.
It’s not all doom and gloom. There are winners along the way and a lot of them. A report by BCG that studied 55 MNC’s operating and winning in emerging markets shows how a number of MNC’s have actually innovated and have won in emerging markets.

Diapers Dilemma
With the current environmental focus on the thorny issue of plastics and the environment, especially on the rivers and marine life, I anticipate that diapers will very much be close to the center of disucssion on polution and drainage.  Looked at from another angle, it certainly also offers an opportunity for the diaper manufacturers to play their part and show their seriousness about their sustainability and related policies.

It is encouraging to note that of the hygiene players headed for the Africa region, in this case South Africa, amongst them is a diaper recycling company.  Still on the issue of plastics, another FMCG category that is causing major pollution issues is the beverage category, with PET packaging and alcoholic beverages in sachets being the main culaprits.  As a result policy makers have started banning liquor and spirits in PET, or sachets  as a way to reduce or eradicate the problem.

As a way to a solution maybe the big recycling players in Europe could start seeking partnerships in Africa region. That way they could create a new market for themselves.  All indications are that these categories (diapers and beverages) will keep growing for the foreseeable future.  I know a battery company in South Africa that at some point gave away a million radios as a way to create a market for their batteries.  I am sure you get the point ….. :-).

According to Greentimes, in South Africa, Diaper pollution is said to be the third biggest threat to rivers, after mining and agribusiness. The problem is taking centre stage even in the rural areas.  African Traditional Health Practitioners, who need to use rivers and streams for a number of their rituals, complain that it is difficult to find suitable places to perform their healing and religious practices.   Greentimes explains that,

It is estimated that a baby will use 4000 to 6000 diapers. Manufacturers, distributors and retailers all play a part in the marketing efforts to change  the consumers’ minds into using the single use option of disposable baby diapers.  Therefore they should be seen to be involved in coming up with viable solutions such as disposal facilities, recycling facilities or making diapers that are reusable or compostable.  In South Africa, some industries, such as the glass industry, have managed to bring all players and stakeholders together under The Glass Recyling Company to corporately tackle the challenge of recycling by creating collection points called glass banks. As a result, almost 42% of all glass in South Africa is recycled, a figure that is higher than most countries in the world. There are lessons to be learned from the glass industry. In the case of soiled disposable diapers the solution may be complex and may require efforts from users, households, civil society organisations, government departments and manufacturers. If nothing happens, perhaps the governments may need to step in with legislation to force a reaction.

In urban Zimbabwe, disposable diapers are an environmental concern to city fathers and environmental bodies.  In Kenya, the challenge to urban dwellers and local authorities is also evident.
Diapers at dump sites produce methane gas, which is flammable and poses a fire hazard in the city. Some city authorities even recommend going back to cloth diapers until such a time as there are viable collection systems in place for the proper disposal of diapers.

Zimbabwe is beginning to target diaper manufacturers to address the challenge  and is threatening using legislation in the form of levies as a way to force them to deal with the issues.  It is not clear whether such a move would become a regional trend or even a global one.

A study done in Zimbabwe and published in the International Journal Of Healthcare Sciences  recommends a waste management fund to be created that can harness and focus the efforts of all players and stakeholders.  Fines from offenders, in the form of disposable diaper tax, can create the financial resources that the local authorities require to enforce compliance to the by-laws.   Most proposed recommendations tend to point to manufacturers as the party that ought to drive the efforts towards a solution. Looked at another way, this expectation can readily be turned into an opportunity by a proactive diaper manufacturer.

It is clear that Zimbabwe seems to lead the region in terms of research into the disposable diaper pollution challenges and related issues.
Related Searches
Suggested For You 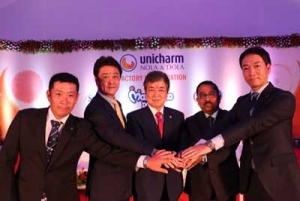 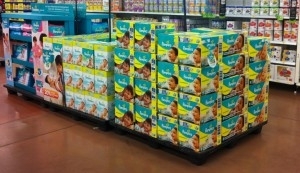 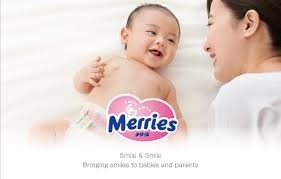