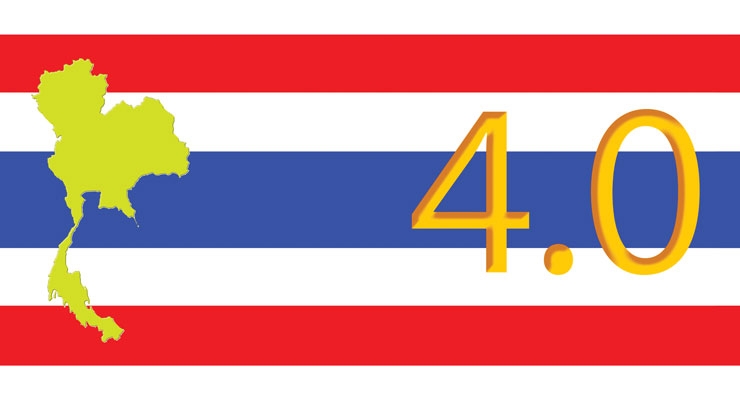 In the past 10 years, Thailand has emerged as country ripe with nonwovens investments, led mainly by Japanese manufacturers looking for a more affordable offshore production site to serve growing markets in Southeast Asia and China. While these investments may have initially looked at growth in China, the markets of Southeast Asia soon proved to be just as important.

In its own right, Thailand, Southeast Asia’s second largest economy and  second largest surplus exporter, has evolved in recent decades from a country dominated by agriculture and fishing into a Middle Income economy with growing industries like electronics, automotives and nonwovens. And, if the country’s economic leaders have their way, this evolution will continue until Thailand emerges as a high income state, self sufficient and sustainable in a number of technology ripe industries.

Enter Nonwovens
In the late 2000s and early 2010s, a number of Japanese companies looked to Thailand to establish offshore operations that would give them access to a lower wage base as well as new markets throughout Asia. Asahi Kasei establihsed its Thai operation 2012 with a 20,000-ton spunmelt line, doubled this output in 2015 and announced a third line, bringing the company’s capacity in the country to 60,000 tons, in 2016. The company’s Eltas spunbond is used in a wide variety of applications including disposable diapers and other hygienic products, automotives and other industrial applications and general consumer products.

Executives report that since entering Thailand, not only has the company’s Asian business gorwn, it has also become more sophisticated due to demands for higher product performance and quality, even as price competition intensifies.

Meanwhile, Mitsui Chemicals operates a two-line site in Thailand capable of making 30,000 tons of spunmelt nonwovens as wekk as breathable films athe the site. Nonwovens investment is probably not likely in the near term as Mitsui focuses on Japanes expansion.

Other nonwovens producers in the country include JNC Corporation, which makes air through bonded nonwovens in Rayong for hygiene applications; CNC International, a locally owned manufacturer capable of making about 40,000 tons of spunmelt nonwovens per year, and Tapyrus, a Japanese meltblown manufacturer that established a Thai operation in 2012.

Time is Right for Thailand
The second largest economy in Southeast Asia (second only to Indonesia), Thailand enjoys a very low unemployment rate and a rising per capita income, which is currently just under $6000.These figures are particularly impressive when you consider that Thailand, which was once known as Siam, only became a industrialized country and major exporter in the 1990s.

The advancements led the World Bank to describe Thailand as one of the world’s great success stories, as it became an upper middle income economy in 2011. “Over the last four decades, Thailand has made remarkable progress in social and economic development, moving from a low-income country to an upper-income country in less than a generation,” according to the World Bank.

Also, Thailand’s sustained strong growth and impressive poverty reduction, particularly in the 1980s, contributed to its success, but this growth has more recently slowed to 3.5%.

According to figures provided by the World Bank, Thailand’s economy grew at an average annual rate of 7.5% in the boom years of 1986 to 1996 and 5% following the Asian crisis during 1999-2005, creating millions of jobs that helped pull millions of people out of poverty. Gains along multiple dimensions of welfare have been impressive: more children are now getting more years of education, and virtually everyone is now covered by health insurance while other forms of social security have expanded.

The percentage of Thai people living in poverty has declined substantially over the last 30 years from 67% in 1986 to 11% in 2014 during periods of high growth and rising agricultural prices.  However, poverty and inequality continue to pose significant challenges, with vulnerabilities as a result of faltering economic growth, falling agricultural prices and ongoing droughts. Poverty in Thailand is primarily a rural phenomenon. As of 2013, over 80% of the country’s 7.3 million poor lived in rural areas. Moreover, 6.7 million were living less than 20% above the national poverty line and remained vulnerable to falling back into poverty. Although inequality has declined over the past 30 years, distribution in Thailand remains unequal compared with many countries in East Asia. Significant and growing disparities in household income and consumption can be seen across and within regions of Thailand, with pockets of poverty remaining in the Northeast, North and Deep South.

Some progress—including the implementation of multi-year large public infrastructure projects, setting up of a State Enterprise Policy Committee to improve state-owned enterprise governance and the transfer of supervisory oversight of specialized financial institutions to the Bank of Thailand—has already been made. Going forward, the sustained pace and quality of reforms will be crucial for translating the reform effort into the desired economic outcomes and reforms in areas such as education and competition as well as public infrastructure management and government bureaucracies will be essential to take Thailand from middle to high income. The World Bank is supportive of the reform agenda.

These efforts are known within Thailand as Thailand 4.0, a master plan which intends to free the country from the middle income trap— when middle income countries are squeezed between low wage competitiveness that dominate mature industries and rich country innovators that dominate industries with rapid technological trades. In short, Thailand would like to move away from being a country with an abundance of cheap unskilled labor to an innovation based value economy. While it is true that Thailand enjoys an extremely low unemployment rate, many of its workers are employed as unskilled agricultural workers.

Making Thailand a high income country in the coming years will largely be achieved by attracting high tech industries that will allow the country to focus on more sustainable growth and achieve a more inclusive society. However, some are doubtful that Thailand will be able to pull this off due to a lack of a skilled workforce and other infrastructure limitations.

One high tech industry showing promise in Thailand is automotives, which is the largest in Southeast Asia and the 12th largest in the world, capable of making about two million cars per year—more than double the rate of 2004. Most of the cars made in Thailand are developed by foreign producers mainly based in Japan and the U.S. who take advantage of the ASEAN Free Trade Area (AFTA) to find a market for many of its products.

Hygiene Hangs On
The $200 million Thai baby diaper market is largely dominated by Unicharm. The Japanese hygiene specialist currently has a 54% marketshare with its Mamy Poko brand. Unicharm also dominates the feminine hygiene market with its Sofy brand which also has a better than 50% marketshare, and the company is fiercely defending this dominance. In 2014, the company spent approximately $30 million on 10 pieces of hygiene manufacturing equipment in Chachoengsao, Thailand, to develop more sophisticated products.

As Unicharm works hard to defend its leadership position, several other hygiene manufacturers, many of which are also based in Asia, have been eyeing up Thailand’s potential. As growth continues to coincide with rising personal income, more women in the workplace, product innovation and deeper penetration in rural areas, diapers have become one of the fastest growing emerging retail markets in Thailand.

At the same time, the rapidly growing aging population—currently 15% of the country’s 68 million residents are over 60 and that percentage is predicted to rise to 20% by 2020—as well as a greater acceptance of adult incontinence is helping propel growth in this disposable market. In fact, many experts believe that the adult diaper market will be bigger than baby care within the next 10 years.

DSG International, the market leader in adult diapers, has not only been working on improving its product line—with the launch of day pants and other new products, but through education, offering seminars on incontinence care management.

DSG has also focused on improving its baby care line. In 2016, the company launched Baby Love nanopower, diapers featuring a patented mega thin sheet and followed this launch with a pant style version. The No. 2 largest marketer of baby diapers in Thailand, DSG is working hard to close the gap between itself and leader Unicharm.

Also in Thailand, Daio Paper said last year it would add a sanitary protection site at Elleair International, its Thai subsidiary which has been making baby diapers since 2011 as well as wet tissues and wipes since last year. The investment in the new line has been valued at $10.5 million and, with it, Daio is hoping to capitalize on growth in the Thai feminine hygiene market, which is growing 5% per year. Other efforts by Daio, including the introduction of nighttime and underwear style products in Thailand and the launch of baby diapers in India, are reportedly a part of the company’s goal to double its overseas profit in the next two to three years.
Related Searches
Related Knowledge Center
Suggested For You 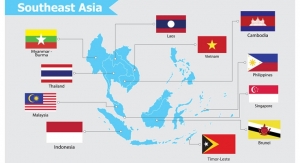 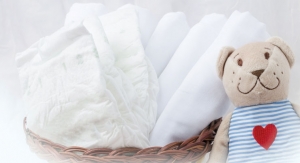 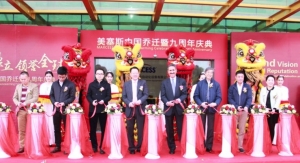