Filtration and insulation specialist Lydall continues to grow through acquisition. In July, the Manchester, CT-based company announced it would acquire Texel, a Canadian manufacturer of needlepunched nonwovens. Executives pinpointed Texel’s strength in adjacent markets like geosynthetics, which comprise about 50% of sales, as well as liquid filtration and automotives as key motivators behind the acquisition.

Calling Texel an “outstanding company” with a “strong management team and workforce, Lydall CEO Dale Barnhart said it was the complementary technologies—needlepunch nonwovens—between the two companies as well as Texel’s leadership position in several adjacent markets that drew the company to the acquisition. “We had been looking at Texel for a long time,” he says. “It was not an auction process. It was a negotiated deal.”

Lydall is purchasing Texel from parent company ADS for a reported $96 million. In 2015, Texel’s nonwovens sales were about $72 million, 95% of which were in the U.S. and Canada.

Following the sale, Texel’s business, which includes two manufacturing sites in Quebec, will be incorporated into Lydall’s Industrial Filtration division, which will ultimately be renamed technical nonwovens. Within this division, the groups will be dived into two categories—filtration and advanced materials.

“The acquisition gives us the ability to take similar manufacturing processes and leverage into growth markets like geotextiles and liquid filtration,” says Scott Deakin, Lydall CFO. “We have available capacity in Europe and we see this as an opportunity to take our existing platforms and expand into new geographies with our existing assets.”

The expected synergies between Lydall and Andrew have exceed expectations during the past two years, according to executives, and acquisitions will continue to be on the radar for Lydall as it looks to grow into new markets and geographies. “We will do it in an orderly manner,” Barnhart says. “We are not going out with reckless abandon. As we did with Andrew, we found another great opportunity with Lydall.”

In 2015, Lydall’s industrial filtration segment increased 24% to reach $13 million thanks largely to increased roll goods sales to the company’s thermal/acoustical business. About 50% of the division’s sales were manufactured in the U.S. while the remaining half were split between Europe and Asia.

In late 2015, Paul Marold was named president of this division. Prior to joining Lydall, Marold was the COO of Sontara at Jacob Holm and had previously worked at Clarcor and Ahlstrom.

“We are delighted to have Paul join Lydall’s executive leadership team. He brings extensive filtration industry experience with a successful track record in sales, marketing and operational excellence and a proven ability to drive profitable growth.,” Barnhart says. “He is an outstanding leader with a history of creating value for customers and shareholders in the very industries into which our Performance Materials segment serves.”

Lydall’s Thermal/acoustical fibers segment reported a 7.9% sales increase on the strength of the automotives parts category brought on by increased consumer demand for vehicles in the U.S.
Suggested For You 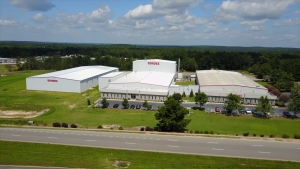 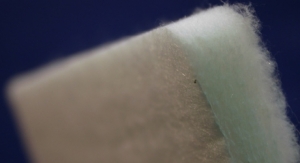 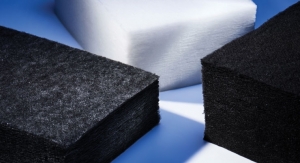 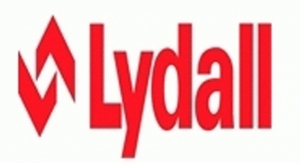