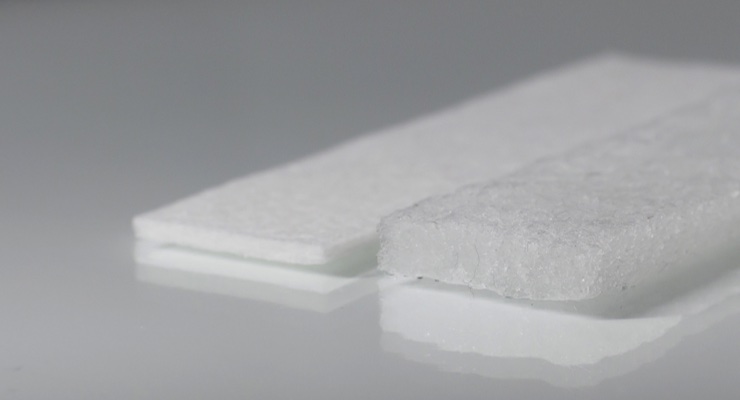 Technical Absorbents Limited (TAL) has developed a new grade of superabsorbent fiber (SAF) specifically for use within a new range of SAF nonwoven fabrics that are more resistant to shrinkage.

The new SAF was developed in response to the demand from the medical industry for a superabsorbent fabric suitable for use in advanced wound pad dressings. The fiber had to be capable of withstanding the moisture used in the EtO sterilization process that is frequently employed in the production of the pads, in order to ensure product safety and compliance.

EtO sterilization is a low-temperature process (typically between 37 and 63°C) that uses ethylene oxide gas to reduce the level of infectious agents. While generally applied in gas form, however, the EtO is usually mixed with other substances – and often steam.

“Obviously superabsorbents and moisture generally aren’t a good combination at this stage in processing and can cause problems,” says TAL product development director Dr. Mark Paterson. “Other methods can be used, but when silicone materials are included, which is more frequently becoming the case, EtO is the preferred treatment method. Regular SAF grades tend to shrink a little and can become hard, which is often not desirable. This innovative SAF grade significantly reduces such potential problems.”

The amount of shrinkage caused by EtO sterilization depends very much on the product design and construction, he adds, but in general, the new SAF has been tested and proven to reduce fabric shrinkage by around 70%. It is suitable for use in all SAF nonwoven formats, whether needlepunched, thermally bonded or airlaid.

While the proprietary process developed at TAL for the production of this new fiber and resulting fabrics was prompted by the specific requirements of wound pad dressings, TAL sees opportunities for its application in other areas as well.

“It’s an extremely flexible fiber that can be easily switched with existing SAF grades when manufacturing fabrics and we have a number of current projects in which we’re exploring other end-uses,” Dr. Paterson concludes. “We believe this new range could also open up entirely new application areas on the market.”
Related Searches
Related Knowledge Center
Suggested For You 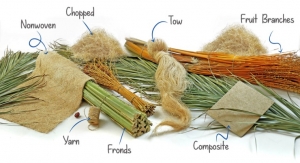