Change in Asia strategy led company back to profitability

"Earnings have bottomed out," said president and CEO Takahisa Takahara during the earnings announcement. "We will accelerate our value-added strategy abroad this fiscal year to ensure that."

The Asia-outside-Japan segment's operating profit fell 31% in fiscal 2016 but rose 7% for the year ended December. The region -- primarily main market China -- continues to switch from low-priced diapers made locally to high-performance ones produced in Japan. Nearly half of the diapers that the company now sells in China are made in Japan.

With Asia playing an indispensable role, Unicharm had effectively set nine straight record profits through fiscal 2016. It began locally producing diapers in China in 2002, later expanding to other countries like India and Myanmar. These relatively inexpensive diapers were a hit and helped Unicharm grow its market share. The company still maintains the industry's highest percentage of sales earned overseas at about 60%, with the majority coming from Asia.

But Unicharm was unable to adapt to Asian consumers' changing tastes toward premium diapers, which led to a surge in demand for soft and absorbent Japanese diapers .The company finally changed its strategy in 2015, focusing on Japan-made Moony diapers instead of its locally produced MamyPoko brand. Although the switch helped Chinese operations generate higher revenue in fiscal 2017, among other benefits, operating profit still dropped. Unicharm will complete construction on its first domestic factory in 25 yeras. The new site, located in in Kanda-machi, Miyako-gun in Fukuoka Prefecture, will serve as an Asian export hub to expand shipments to China and other parts of Asia. The new factory will lead to greater efficiency in domestic logistics. 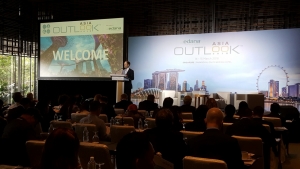 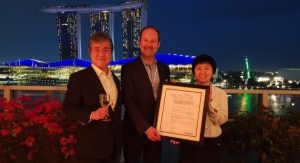 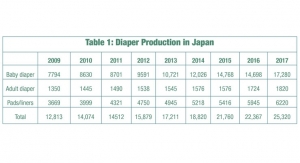