New diaper is priced 50-100% higher than other Daio items

Daio Paper has launched a higher-priced diaper, which is made from more breathable materials, in China. With the launch, the Japanese diaper company hopes to close the gap between itself and rivals like Procter & Gamble in the rapidly growing Chinese diaper market.

Daio Paper established the Chinese unit in 2012 and opened a factory in Nantong in 2013 to make Goo.n regular disposable diapers as well as a premium version called Goo.n angel. The company's latest launch is Goo.n light plume, which uses a proprietary material that feels softer on the skin. This diaper is 30% more breathable than earlier products and less likely to become damp, even after extended wear.

Priced between $30 and $33, the ultra premium diaper is about 50-100% more expensive than other Daio diapers and is in the highest price range of China's disposable diaper market. 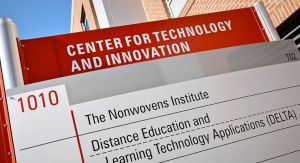