As hygiene products continue to evolve in sophistication and design, nonwovens manufacturers continue to invest in new technologies 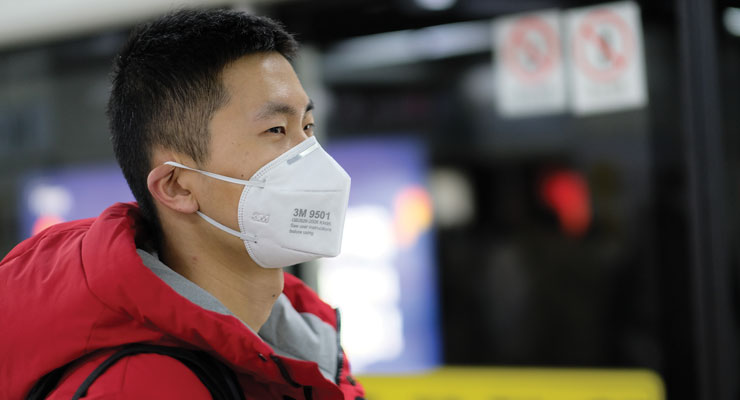 According to the China National Household Paper Industry Association in 2019, the Chinese hygiene products industry entered a period from quantitative accumulation to qualitative transformation and leap, but it also faced overcapacity, product homogeneity and fierce competition. Hygiene product companies actively adjusted their development strategy, accelerated industrial upgrading, made high-end and differentiated innovation of products, and actively developed a new retail mode combining online and offline services, so as to seek new growth points and development paths, actively undertake environmental and social responsibilities and promote sustainable development of the industry.

From the macroeconomic perspective, China’s economy and population maintained steady growth on the whole, but at a slightly slower pace. Healthy economic development, huge population and increased domestic consumption demand are the fundamental driving forces and guarantee of continuous progress in the Chinese hygiene products industry. The accelerated population aging in China also brings development opportunities to the adult incontinent products industry.

Driven by consumption upgrades, the manufacturers launched high-end and value-added products, improving profit margin and market competitiveness. Hengan, Vinda, C&S, Daddybaby and other domestic enterprises focused on the research and development of high-end brands, while Procter & Gamble, Kao and other multinational companies launched high-end imported products in China. The differentiated products with special functions were launched for particular groups and scenarios, increasing their appeal to consumers.

Natural products with fewer additives satisfied the consumers’ demands for safety and health. Many wet wipe manufacturers introduced baby wet wipes with fewer additives or no additives. “Natural fiber” became a main selling point of sanitary napkins and wipes. The materials such as cotton, bamboo and corn were widely used in the topsheet of sanitary napkins and substrates of wet wipes.

Hengan, Vinda, P&G, Kimberly-Clark, Kao, Elleair, Daddybaby, Dongshun and other companies have signed the strategic cooperation agreement with e-commerce platforms such as Tmall, JD, Suning and NetEase Kaola, in order to make in-depth cooperation in sales channel expansion, operation planning and product customization. They made efforts in developing multiple channels including online and offline stores.

In 2019, more enterprises chose e-commerce platforms to release new products. For example, Whisper’s northern American pure cotton liquid sanitary napkin was launched in Tmall supermarket. C&S launched its Dolemi sanitary napkin in JD supermarket. Nepia pre-sold its Whito diapers imported from Japan in JD when it officially entered Chinese market.
With the generation after 1990s stepping into the society and forming their families, the industry enterprises paid more attention to young consumers and promoted marketing programs for youngsters. Many brands such as Mind Act upon Mind, Ladycare, Whisper and Space7 promoted marketing programs for younger consumers.

In recent years, environmental and social issues such as global climate change, resource exhaustion, plastic garbage in the ocean and aggravated population aging, caused not only tremendous changes in the market, but also demand changes of related parties. With such changes, sustainable lifecycle became a growing demand of consumers. The hygiene products enterprises actively undertook environmental and social responsibilities and maintained sustainable and healthy development of the industry.

Material Improvement
The consumers had higher requirements for softness, thinness and comfort of products, raising the thresholds of raw and auxiliary materials for hygiene products. The demands of clients and consumers should be satisfied while taking the price and sustainability of materials into consideration.

With the consumers’ increasing emphasis on health, safety and other issues as well as the popularity of green and natural concept, natural materials such as cotton, bamboo and silk fiber showed a growing trend in the application of hygiene products. Nonwovens and packaging materials taking corn, batatas and other plant starch as the raw material increased remarkably, especially nonwoven materials.

Trade Picture
In the first three quarters of 2019, the import of absorbent hygiene products decreased both in quantity and value. The total import volume was 140,600 tons, down 14.38% on a year-on-year basis, and the average price fell 5.84% over the previous year. The remarkable decline in import volume showed that the increasing capacity of diapers and other hygiene products in China largely satisfied the demands of domestic consumers and continuously reduced import volume.

In the first three quarters of 2019, the total export volume of absorbent hygiene products rose by 17.52% on year-on-year basis.

Nonwovens Producers Step Up
Nonwovens investment continues to be strong throughout China as companies not only look to increase their domestic businesses but also look to globalize their businesses. One of China’s largest makers of nonwoven fabric, Jofo Nonwovens, has been busy making acquisitions both within China and beyond. Earlier this year, the company confirmed reports that it was in talks to purchase its first operation outside of China—Saudi Arabia Advanced Fabrics  Company (SAAF), a nonwovens producer with two plants in Saudi Arabia. Like Jofo, SAAF’s primary targets are the hygiene and medical segments.

SAAF is currently owned by Takween Advanced Industries, which has other businesses including plastic packaging products with factories in Saudi Arabia and Egypt, according to the company’s profile.

With annual sales of about $100 million, Jofo Nonwovens operates plants in Shandong and Guangdong as well as at a plant in Wuxi, China, a spunmelt operation it purchased from PFNonwovens.

“PFN Wuxi is a very well managed site with a strong team and very good location,” says Rain Tian, CEO of Jofo. “This transaction takes Jofo entering into medical nonwovens market in Asia and provides more capacity to address the growing demand of our existing customers. Also, a strong logistic position in East China region will enable Jofo to support the customers in those regions better. We commit to invest strongly in Wuxi site to make it a strong manufacturing base with more new capacities and technologies to better serve our customers.”

Another company in investment mode is Zhejiang Baoren Hezhong Technology Co., Ltd, China, which purchased a complete neXline spunlace line. The line is scheduled for installation and start-up during the third quarter of 2021.

This high-capacity spunlace eXcelle line, being supplied by Andritz, can process various types of fiber, such as polyester, viscose, Tencel, and bleached cotton, and is dedicated to the production of hygiene fabrics such as disinfecting wipes. The final products will have fabric weights ranging from 30 to 80 gsm, and the annual production capacity will be up to 20,000 tons per year.

Zhejiang Baoren Hezhong Technology is a big player in China in the production of nonwoven goods and has several spunlace lines in operation. The final products are applied in many fields, such as medical care, cleaning, and so on, and are exported to South Korea, Japan, and the U.S., among other countries.

Additionally, China’s largest nonwovens manufacturer, Toray confirms that it has added its fifth line, capable of making 20,000 tons of spunbond nonwovens per year, in China. This investment brought the company’s total Chinese capacity to 93,000 tons at two facilities. “We have been working on expansion of our production capability in Asia and India to respond the robust demand of PP spunbond,” says Tatsu Matsushita, general manager of the Performance Nonwoven Products Department of Toray Industries. “We’ll maintain No. 1 supply network in these areas by continuous enhancement of the material development.”

One of the largest makers of nonwovens in Asia, Toray also makes 61,000 tons of the material in Korea and 37,000 tons per year in Indonesia and is planning to start production of an 18,000-ton-per-year line in India in 2020. This investment will bring the group’s total production capacity to 209,000 tons per year.

“The hygiene materials business is expected to expand along with the increasing demand for disposable diapers. We will make sure to capture the demand in India, where the disposable diapers will be consumed, and accelerate the global business expansion of PP spunbond with a powerful production platform and high cost competitiveness,” Matsushita says.

Earlier this year, Berry announced that it had commercialized and started shipping product from its Reicofil R5 asset in Nanhai, China. With bi-component and high-loft soft capabilities, Berry’s is only the third R5 start-up in the world.

“The Asia region, and China in particular, has historically set the global standard for high-loft, soft materials for the hygiene market,” says Berry’s chairman and CEO Tom Salmon. “Investing in a state-of-the-art Reicofil R5 asset in China allows us to maximize innovation and provide differentiated capabilities, to ultimately enhance performance and comfort for consumers.”

Berry’s investment in the R5 technology, in combination with its proprietary raw material blends, fiber configurations, and unique bond patterns, demonstrates the company’s commitment to the Asia region and to continuous innovation.

The first commercial samples were unveiled at SINCE, the Shanghai International Nonwovens Conference & Exhibition, in December 2019, followed by an official ribbon cutting ceremony at the Nanhai facility.

“Demand for the new materials has been very strong and we look forward to working closely with our customers to help them win in this exciting and competitive marketplace,” says Salmon.

In other investment news, Freudenberg Performance Materials has added two lines in Suzhou, China. The first is a new needlepunch line, added in early 2019 has largely been dedicated to the automotives market where it has met increasing demand for sophisticated headliner materials combined with FPN’s unique printing technology.

Also in Suzhou, Freudenberg’s new line for the production of sophisticated wadding material for the apparel industry is reportedly the first line capable of making 100% biodegradable wadding material in Asia.  This material is sold under the Comfortemp brand name and it is reportedly the first 100% biodegradable wadding being made in the world, showing how important sustainability is to Freudenberg.

“Sustainability is linked to our guiding principals,” says CEO Frank Heislitz. “I don’t believe anything will stop our activities in sustainability. In fact, I think that sustainability will play an even more important role because in the EU there is a strong focus on the apparel industry in regards to sustainability.”

Elsewhere in Asia, Freudenberg added a new line in Taiwan two years ago and it has just recently started operating, serving the core market segment of automotives carpet and filtration. Like all of its new investments, the new line features a modified process technology to create more uniform materials.

On the machinery side, Oerlikon has successfully commissioned three staple fiber bicomponent systems in China. With capacities of 50 tons per day each, the systems are being used to manufacture coresheath bicomponent fibers made from PP/PE or PET/PE at two long-standing Oerlikon Manmade Fibers customers. These fibers are used to make hygiene products.

Despite coronavirus-related restrictions, the three new systems were installed within three and five months, all without any problems. They have meanwhile been operating under stable production conditions with optimum fiber quality of the very highest standards for several weeks now.

Oerlikon Neumag looks back on many years of experience in constructing bicomponent staple fiber systems. The first system for this fiber type was commissioned as far back as 1995. Oerlikon Neumag offers solutions for the most varied cross-sections, ranging from sheath/core’, ‘side-by-side’, ‘island in the sea’, ‘orange type’ as well as ‘trilobal’. The applications are diverse: from self-crimping fibers, bonding fibers, super-microfibers all the way through to hollow fibers.

The Oerlikon Neumag bicomponent technology is particularly characterized by the extremely robust spin packs that have no expensive wear parts, which considerably reduces the costs here. The reconditioning costs when cleaning the spin packs are kept to an absolute minimum. Add to this the separate temperature transfer option in the spinning beam for the two polymers. As a result, the quality and the viscosity of the polymers can be accurately adjusted in accordance with the respective process requirements.
Related Searches
Related Knowledge Center
Suggested For You 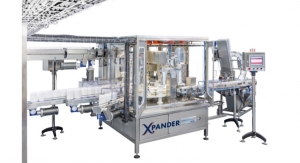 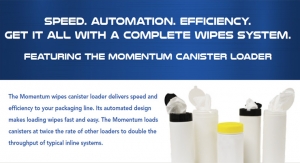 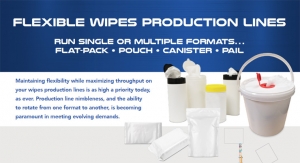