What to do when you want to enter the Nigerian market but you find it is too complex for your appetite? Create your own Nigeria. 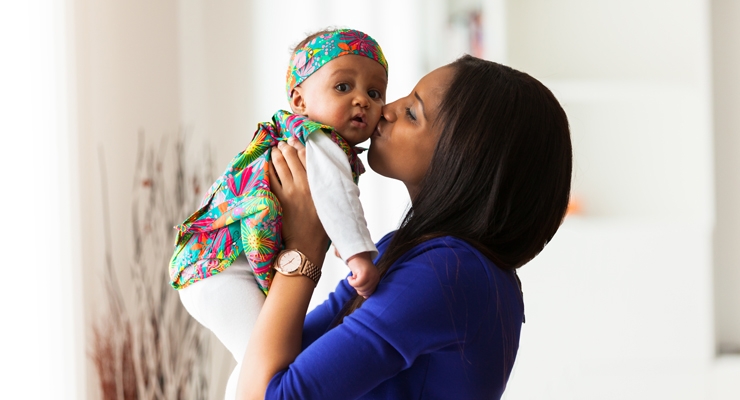 Let me start by painting a picture that clarifies the position that Nigeria holds for many business executives. We used to have a saying amongst my colleagues who plied the African continent for a living. It went like this, “You cannot claim to be big in Africa unless you are big in Nigeria.” That is because with an estimated 200 million consumers, Nigeria holds Africa’s biggest population and is also Africa’s largest economy. So if you are big in this market, you can certainly claim to be big in Africa. But Nigeria is complex. Very complex. Ask MTN, Vodacom, Stanbic, Woolworths, Tiger Brands. These are South African companies with their head offices in South Africa, which until very recently was Africa’s largest economy. These are South African companies that have braved it and ventured into Nigeria. Some have closed shop and have since come back home. Some have remained.

Having said that, for those companies that have the patience, commitment and will, the rewards are real and it has been done. According to IT Web’s report in January this year, MTN has 60.3 million subscribers in Nigeria. MTN Nigeria contributes one-third of the South African-based company’s core profits. MTN has just pledged a R23 billion fresh investment in Nigeria, proving that despite the challenges that they have gone through, they still believe in the Nigerian market and what it offers today and what it is likely to offer in the future.

Create Your Own Nigeria in West Africa
So if you were an AHP manufacturer, and you want a Nigerian-size market, and you do not have the appetite for the complexity of dealing with Nigeria directly, there are two ways that you can arrive at creating your own Nigeria. One way is this. You can create your own $200 million market by setting up in one of the West African markets of either Ghana or Cote d’Ivoire. If you are Francophone company, setting up in Cote d’Ivoire becomes the most logical move as you will access highly-qualified  Francophone teams in an instant. And these two countries are in the top 10 best performing economies on the globe currently, and certainly some of Africa’ s top performing economies.

Ghana also provides good stability politically and in economic terms. The leadership have devised highly successful campaigns in the recent years that have brought in good direct investments. The Return, where the country reached out to the U.S. African American population to visit Ghana for an opportunity visit and see the land of their ancestors was one such campaign that was very successful. The visit could be completely touristic but also gave the visitors opportunities to explore investment possibilities in Ghana.

From Ghana or Cote d’Ivoire, you will be able to access the rest of the ECOWAS (Economic Community Of West African States) markets without incurring customs duties on entry to any member country. In fact, Wemy Industries has recently commissioned their adult diaper line in Lagos, and they have made it very clear they will be leveraging the ECOWAS advantage fully while ensuring they will earn the much needed foreign currency. Most of the imported raw materials in the AHP sector are paid in foreign currency.

The ECOWAS’s 15 member states are Benin, Burkina Faso, Cabo Verde, Cote d’Ivoire, The Gambia, Ghana, Guinea, Guinea-Bissau, Liberia, Mali, Niger, Nigeria, Senegal, Sierra Leone, and Togo. Based on the information from Worlddata website, the combined population of ECOWAS is 377 million. Take out Nigeria’s 200 million and you still have 177 million to work with. You will still have your Nigeria, without the complexity. You will still be able to export to other ECOWAS member states without having to pay customs duties on entry. Between Ghana, Burkina Faso (another one in the list of Africa’s fastest growing economies) Cote d’Ivoire and Niger, these four markets make up about 54% of your “new Nigeria in West Africa,” at populations of 29 million, 20 million, 25 million and 22 million respectively. The total population of these four markets is 96 million. You have pretty much the size of Ethiopia with just these four countries.
The complexity of Africa is such that you have countries that are on very different levels of development. You have some really lucrative markets that have the good levels of development and their populations have good capacity to spend, like Namibia, Botswana and Swaziland. Modern trade is fairly well developed and it would be easy to manage these markets. But they are very small markets, all of them under 2 million in population. Then you have markets like Niger that have a decent population at 20 million, but are really massive in terms of size and a good fraction of that size is actually desert. That big size of a country obviously means that it takes more effort to service the customers that are spread over a wider area. And the low level of development also means that the poor infrastructure makes it that much harder to manage and service the market. Adding yet another layer of complexity.

ECOWAS gives you the option of another approach.  You can decide to prioritize and focus on the markets that have a cut-off point of at least $1000 GDP per capita, as you build a “new Nigeria that meets your needs.” By segmenting ECOWAS this way, you will have 50% of the population already. Markets like Ghana, Cote d’Ivoire, Senegal, Benin and Guinea (which is very close at $878) would therefore be on your priority markets list. According to the latest World Bank figures, these five markets would meet that criteria, or closest to in the case of Guinea. And these markets would also give you +/- 95 million in population. You could then go after the balance of the market in phase two.

An appropriate parting comment, while we are still looking at ECOWAS, is to acknowledge that both Ghana and Cote d’Ivoire have presidential elections this year. Cote d’Ivoire had a politically unstable phase prior to the current phase of calm, stability and economic progress. But indications are that a calm election is expected, especially ever since the current president has indicated that he will not be running again. Ghana has also generally been a very stable country for the past few decades. From all indications, again, no major threats to peace and stability are being flagged.

“Your Own Nigeria” in East Africa
So coming to East Africa, the East Africa Community is made up of the following six members: the Republics of Burundi, Kenya, Rwanda, South Sudan, the United Republic of Tanzania, and the Republic of Uganda. The headquarters is in Arusha, Tanzania. According to its website, “The EAC is home to 177 million citizens, of which over 22% is urban population…with a combined Gross Domestic Product of US$ 193 billion.” With a combined population of 177 million, in the EAC you can also create “your own Nigeria.”

According to the EAC website, the EAC is one of the fastest growing economic blocks on the globe. The economic growth rates of the member countries for 2018 show that Kenya grew at 6.1% and the fastest growth was seen in Rwanda at 8.6%. Tanzania was at 7% while Uganda was at 6.3%. The slowest growth was in South Sudan at 3.8%. The fastest growing economy of Rwanda also has the best scores for ease of doing business on the whole continent, as measured by The World Bank. But for Rwanda, with a population of 11 million, Kenya at 51 million would offer more babies to dress, although of course the competition is also stiffer. The global giants in the AHP game, P&G and Kimberly-Clark, are the number one and two top players in the market. Other big players like Hayat have in recent years also entered the market. Sunda, the Chinese AHP player, has in recent years built a factory in Kenya. Kenya also has the highest GDP per capita of all the member states and offers the best modern trade penetration of all the member states, probably the best in the sub-Saharan Africa region outside South Africa. Modern trade comes with the ease of doing business as it is familiar territory for most businesses. It is easier to manage loyal programs and run promotional calendars.

With developments of the African Continental Free Trade Area (AfCFTA), one anticipates that this progress will set a good foundation for AfCFTA to build from.
Related Searches