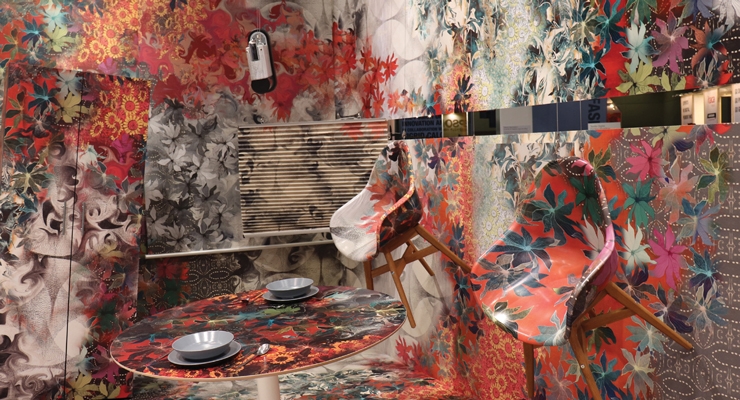 HP has digitally printed on an extremely wide range of materials. 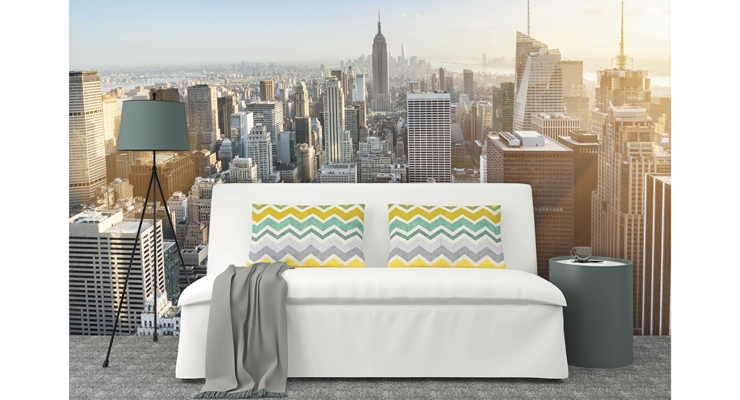 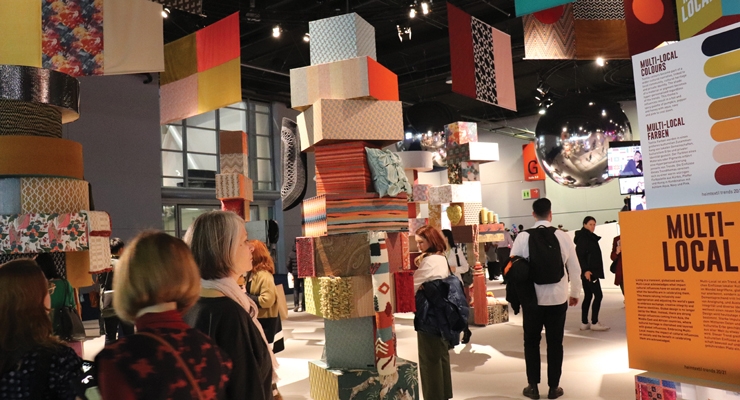 Over 3,000 exhibitors took part in Heimtextil 2020—the 50th anniversary of the exhibition.

Over the past 15 years, the global sales of nonwoven wallcoverings have more than doubled, while those of traditional wallpaper have fallen by more than 40%.
Involved in this business sector are major names in the wider nonwovens industry, including Ahlstrom-Munksjö, Glatfelter and Neenah, along with other primarily German manufacturers such as Erfurt, Kämmerer, Neu Kaliss and Schoeller Technocell, who have been instrumental in pioneering the growth of this market, especially in Europe.

According to estimates from the various companies involved, the production of nonwovens for wallcoverings amounted to around 160,000 metric tons in 2019, with annual growth of approximately 15% being enjoyed, despite a flat market for home textiles.

Much of this is as reinforcement backings for vinyls, but printed nonwovens as a single media for walls, as well as large format prints for advertising, have become increasingly popular, especially due to their suitability for digital printing.

Flexibility
The advantages of digital printing are numerous, in allowing the flexibility for reduced set-up costs, small batch production, the accommodation of variable data, and design freedom.

At the same time, there is process enhancement, with low waste, customized products, the ability to lower inventories and overall much less environmental impact. Compared to traditional screen printing, there is much less power and water consumption, as well as a drastic reduction in adhesives waste.

As such, digital printing has been embraced by European fashion giants such as Asos, H&M, Target, Topshop, Uniqlo and Zara. Meanwhile, a significant number of companies have arisen as bespoke specialists in digitally printed wallcoverings, including Aquabond, Graham & Brown, Hollywood Monster, Muraspec Decorative Solutions, MX Display, Peggy-Betty Designs and the Printed Wallpaper Company in the U.K., 4 Walls, Flavor Paper and Great Wall Custom Coverings in the U.S., and AS Création and Tapeten Fabrik Rasch in Germany.

Around 4000 new digital printing machines are now being installed each year, both by established companies replacing older technologies and new entrants, since the barriers to entry are still relatively low in this field.

As a leader in digital printing technologies, HP (formerly Hewlett-Packard) has achieved striking designs on approaching 40 separate materials, including vinyl, glass, films, leather and brushed aluminum, as well as a wide range of textiles.

Nonwoven Benefits
Nonwovens, however, prove to be the perfect canvas for digitally printed wallcoverings. As extremely flexible materials, they have the breathability that paper lacks as well as a very uniform structure. This is in addition to their tear and puncture resistance, abrasion resistance and flame retardancy, and the additional insulation they can provide to rooms.

“On a practical level, nonwovens have exceptional stability and unlike paper, they won’t shrink or expand when paste is applied, so seams aren’t in danger of separating,” explains Jens Krüger, EMEA sales manager for Schoeller Technocell. “They are extremely easy to hang as ‘paste-to-wall’ materials, applied in their dry state, with pre-applied paste coated backings that are simply water activated on site.”

“Using specific adhesives, the materials can also be easily moved around a wall until you get a perfect fit—eliminating all the hassle of trying to match together intricately-patterned designs,” adds Paul Hathaway, the Schoeller Technocell technical representative for the U.K. “They can also be effortlessly stripped too, and their ability to readily take and contain ink offers endless possibilities in terms of design, which is proving to a big plus for the many new digital printing companies that have arisen over the past few years.”

Schoeller Technocel began manufacturing nonwoven wallcoverings in 2009 and is a division of the Felix Schoeller Group, headquartered in Osnabruck, Germany.
Like the majority of other manufacturers, Schoeller Technocell nonwovens are based primarily on wetlaid cellulose fibers and it has introduced specific variants within its Inspire and STYLine ranges for achieving photo-realistic print results digitally. As dimensionally stable paste-the-wall wallpapers, they allow very easy handling and edge-to-edge alignment, while drying almost instantly.

Calendar
Each year since 2014, the Wallpaper Competence network of companies has produced a special calendar to illustrate the extraordinary designs that can be achieved on nonwovens for wallcoverings with the latest advanced printing technologies.

The key companies involved in the 2020 calendar include SPG Prints of Boxmeer, The Netherlands, and Follmann and Kämmerer, who are both based in Osnabruck in Germany.

SPGPrints is a leader in the field of both digital and screen-printing technologies, based on its core expertise in the fields of electroforming, ink formulation and inkjet technology, while Follmann is a major supplier of printing inks and pigment preparations for wallcoverings.

Kämmerer came into existence at the beginning of 2014 as a result of the merger between Ahlstrom and Munksjö, since the European Commission’s anti-trust competition rules prevented Ahlstrom from including its paper production plant at Osnabruck in that deal.

Initially starting off with two production machines, in 2017 Kämmerer subsequently purchased a third line from Ahlstrom-Munksjö and is now established as a supplier of both nonwoven and paper wallcoverings, as well as poster paper, pre-impregnated decor paper, abrasive base paper and electrical grade paper, with an annual production capacity of around 140,000 metric tons from its three machines.

EasyLife
All of the designs in the 2020 calendar of the Wallpaper Competence network—conceived by the wallpaper design house M-Design, based in Beverungen, Germany—are based on Kämmerer EasyLife nonwoven substrates.

EasyLife was formerly a brand of Ahlstrom-Munksjö, which has previously been directly involved in the Wallpaper Competence calendar design and now manufactures its own wallcovering nonwovens under the new WallStar brand.

Heimtextil 2020
As has been customary, this year’s Wallpaper Competence calendar was launched at the Heimtextil home textiles show, which took place in Frankfurt, Germany, from Jan. 7–10, and featured over 3000 companies, attracting more than 80,000 visitors. The calendar features 12 striking designs with 3D textures, such as ‘Colorful Rhombus,’ in which two digitally printable, aqueous grid pattern coatings were first applied and the substrate was then embossed prior to digital printing. For ‘Bubbles,’ meanwhile, six separate printing passes were necessary to build up the intricate 3D design.

“There really are no limits to what you can achieve with our EasyLife nonwovens and the latest advanced printing techniques,” says Frank Poppensieker, development manager at Kämmerer.
Related Searches
Related Knowledge Center