Structures feature soft and pleasant hand, ideal for cosmetic use 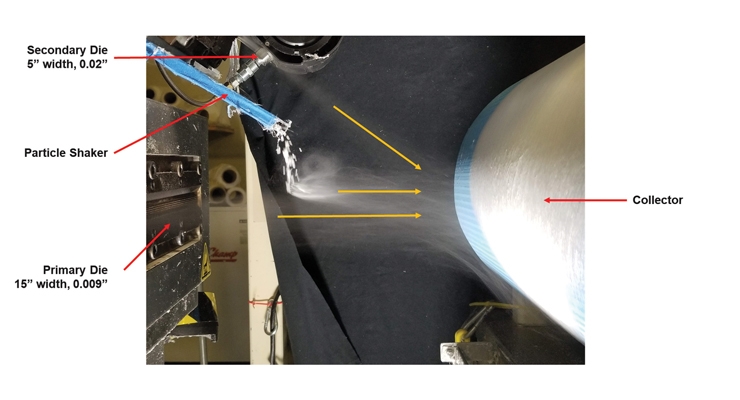 Figure 1: Dual Meltblown with the particle shaker to incorporate the Cotton Flock 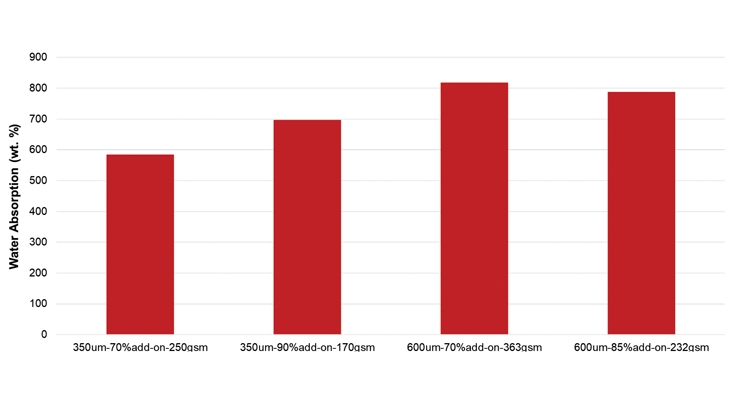 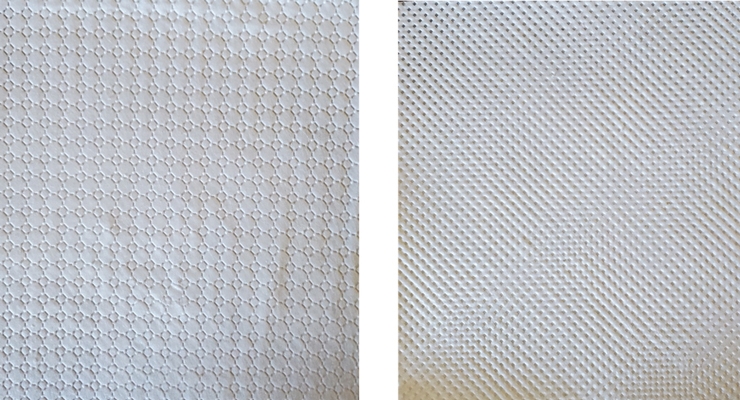 
Cotton flock are manufactured from cotton fibers by a unique process, which reduces the length of the cotton fibers to about 350 microns to 1000 microns.

Cotton flock have many uses and can be found in food, medical, cosmetic, and other products.  They have high surface area, wet quickly, and can have high absorbency. They also have good adhesion to other natural and synthetic compounds and are used as fillers. As fillers, they are easy to integrate into products. They are of particular interest in the cosmetic industry and are used in lotions, foundations, etc.

Because of their small fiber length, they are difficult to incorporate into a nonwoven. However, a “co-form” process can be used to incorporate cotton flock fibers.
The term co-form refers to using more than one process simultaneously to form a structure.

INDA defines “co-form” as: “The formation of a nonwoven web through the concurrent use of elements from at least two different web formation technologies.”

Many of the patents however, go beyond this definition. The term was coined by Kimberly-Clark, and it can refer to SMS structures, structures composed of pulp and a spunbond, or a meltblown structure and variations thereof.

Recently, The Nonwovens Institute (NWI) developed a co-form process that can allow trapping of particles into two streams of converging jets of polymer meltblown fibers. The process was designed such that it would allow large quantities of particles to be trapped within the structure. The configuration of the dies results in the entrapment of particles mechanically and also thermally; the particles are deposited at about the point at which the fibers begin to solidify.

The process is shown in Figure 1 where one meltblown die (Primary Die) is horizontal, and the second die (Secondary Die) is placed at about 45 to 60 degrees to the first die, with the particles being deposited between the two meltblown streams of fibers at about half way from the die to the collector.

The advantage of this approach lies in its ability to combine the short hydrophilic cotton fibers with a thermoplastic polymer to produce structures with significant cotton content.

During processing, the still tacky small meltblown fibers wrap around and attach themselves to the particles before forming a web. Such a structure is expected to have good mechanical strength and good liquid absorbency, with minimal shedding of the cotton flock. Therefore, these may find potential use as wet and dry wipes, cosmetics, as well as absorbent layers used for personal or industrial applications.

With the cotton flock (both 350 and 600 microns, obtained from J. Reittenmaier USA LP), a loading of 70 to 90% by weight was achieved easily. The basis weight of the samples produced varied from 150 to 360 g/m2. As expected and shown in Figure 2, water absorbency is related to cotton content.

These structures can also be further bonded by calendaring and/or hydroentangling to produce structures with texture and higher strength. To demonstrate thermal bonding, we produced pattern bonded samples by using hot plates that simulate a thermal calendar. This included the use of a patterned plate on one side and a smooth plate on the other to produced samples illustrated in Figure 3.

The cotton co-form structures have a soft and pleasant hand needed for applications such as cosmetics. These samples will be available for preview at INDEX20, booth #2457, Cotton Incorporated.
Related Searches
Related Knowledge Center