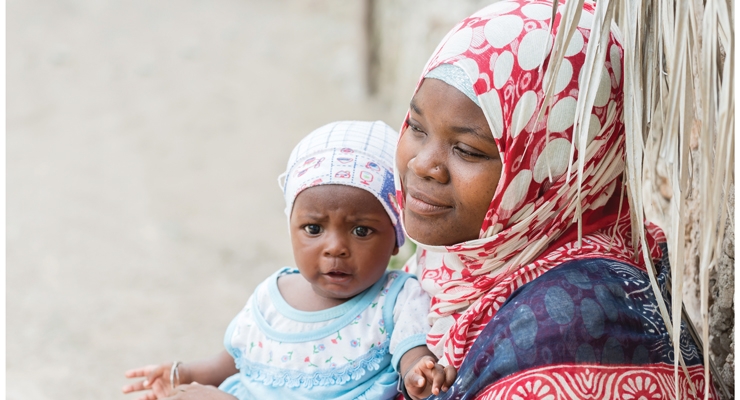 For the longest time, across most markets in sub-Saharan Africa, the number one and two diaper brands have been Procter & Gamble’s Pampers and Kimberly-Clark’s Huggies, respectively. This has been the case for so long that in most markets in sub-Saharan Africa the word diaper is synonymous with the Pampers. However, this picture is changing. For the last few years, Hayat’s Molfix has been the number one brand in Nigeria and Ontex’s Canbebe has been number one in Ethiopia. In Kenya, Interconsumer’s Bouncy is number three, after Pampers and Huggies, which hold the number one and two positions respectively, but Sunda’s Softcare is fast-becoming the number three brand in certain parts of the country.

Sunda’s brand is called Softcare. It comes in a standard and premium version. Sunda is making its regional hygiene sector ambitions very clear, as signalled by the way they have set up local manufacturing facilities in four African countries and subsidiary businesses in nine countries.

Sunda International has recently set up a factory in Kenya, one of the biggest diaper manufacturing factories in the East African region, 35 kilometers outside Nairobi, at a cost of $39 million. The plant has a manufacturing capacity of 350-450 million pieces. Kenya’s disposable diaper demand stands at 800 million pieces. From Kenya, the facility plans to service the rest of the East Africa Community’s 120 million inhabitants. The factory employs 300 people and will assist Kenya’s drive for import substitution on diaper importation. President Uhuru Kenyatta has a ‘Big Four’ agenda, one of which is to increase the contribution of the manufacturing sector from the current 8.3% to 15% of the gross domestic product (GDP) by the end of 2022. Apart from increasing the number of local manufacturers within the AHP space, this development helps increase Kenya’s manufacturing capacity and supports the country’s goals to increase the country’s manufacturing capacity versus the national GDP.

Interestingly, Turkey’s Hayat Kimya, another player with strong regional ambitions, has factories in Nigeria and Egypt, Africa’s largest and third most highly populated country, respectively. In the fourth quarter of 2019, Hayat launched its flagship diaper brand, Molfix, in Kenya. This is an indication of its gradual and calculated strategy to move southward on the continent as well as how serious they are about becoming a key player in the region. In Nigeria, Hayat invested in a $100 million greenfield factory in 2015 and has spent the last five years working hard to successfully take over the market. As the fifth largest diaper global diaper manufacturer, Hayat certainly has the capacity and capability to compete strongly for marketshare in Kenya. Therefore, the role of third largest diaper maker in Kenya will be a strongly contested position between Interconsumer, which is the current number three after P&G and K-C, and Bouncy, Sunda’s Softcare (which comes in standard and premium) and Hayat’s Molfix, which also comes in standard and pants format.

Interconsumer has clearly followed the market trends well. In the second half of 2019 the company launched a more premium product to capture the consumer who can afford more, a formula that has traditionally been used very successfully by both P&G and K-C. In my view there was a missed opportunity by Interconsumer to launch a cost-effectively priced pants-type offering when they instead launched a more premium open diaper. Pampers and Huggies have traditionally had a two-tier winning formula for the Africa region. Pampers played in the premium and economy space with Active Baby and Sleep and Play for many years—but in last few years they have shifted gears with Pampers Active Baby and Pampers premium. Huggies has stuck to a premium and value offering with Huggies Gold and Huggies Dry Comfort.

Hayat’s Molfix brand is also strong in neighboring Cameroon, another significant regional diaper market. In South Africa, Molfix has been around for a while but only in a small way in the informal channel, where a combination of high quality B grades and A grades are re-packed into clear bags of 80, 90 or 100 diapers. The consumers there have come to associate the clear bags with better prices.

In 2017, Ontex, Europe’s private label leader, was the first international diaper manufacturer to open a baby diaper factory in Hawassa, Ethiopia, and it launched Canbebe. Ethiopia is Africa’s second biggest market by population, and today Canbebe is the market leader in Ethiopia.

In Nigeria, locally-owned Wemy Industries, which was the first company to manufacture baby diapers, adult diapers and other hygiene products in Nigeria, way ahead of the multinational players, returned to the market in 2019 after a three year hiatus. This time they are the market leader in just one hygiene category, wet wipes. While leading in wet wipes, they have plans to take back a significant chunk of the massive baby diaper market in Nigeria, Africa’s biggest market by population size. Several investments and funding into the businesses during 2019 are an indication of their big game intentions. They have also made public their plans, according to Business Day, to focus on the adult diaper category with a view to export into the rest of the ECOWAS region. Earning foreign currency through exports is part of the business’s strategy to offset the high import costs in foreign currency for raw materials associated with the hygiene industry.

In the case of Nigeria, certain market developments also tipped the scales to ensure the end of P&G and K-C’s domination in that market. P&G closed its newly upgraded $300 million factory, while, K-C announced it would also close its local operation, with a plan to resume manufacturing there in 18-24 months with a state-of-the-art operation.
Another Chinese diaper brand that has regional ambitions is KissKids, which has launched in Nigeria, Kenya and South African markets. As expected it also comes in standard and premium offerings, to appeal and target a bigger spectrum of consumers based on preference and affordability.

In Tanzania, higher priced HQ holds the number two position in the sanitary pad market after Always in terms of marketshare. It is a strong brand in the market that is fully imported.

What also allows these new players to win marketshare very quickly is the fact that they are nimble, able to adapt quickly and make fast decisions based on the new market insights or change in market dynamics. They offer market options (standard and premium) and this allows them to appeal to a wider customer base according to preferences in quality and affordability. They also consolidate and acquire market understanding and expertise fairly quickly.

The Undeniable Power of Branding
As someone with a background from other FMCG spaces, I always want to draw parallels and comparisons between industries. Pampers and Huggies are pretty much to the diaper market what Coca-Cola and Pepsi are in the beverage area. Coke dominates in certain regions and Pepsi follows, and there are certain regions where even Coke knows that this is Pepsi territory. Having grown up in Africa, where Coca-Cola was very much the dominant regional beverage leader in most markets, I was surprised to learn that in Middle East and specifically in a market like Saudi Arabia that Pepsi was not only the market leader but such a strong leader that it was ahead of Coke by several multiples of two or three or even higher.

Coming back to diapers, the sheer size and brand equity of Pampers as a global brand is undeniable. As already illustrated a few paragraphs earlier, so strong is Pampers in Africa that the category is generally called Pampers in a lot of markets. And of course this is a result of all the big marketing budgets over the years. In the same way, but probably not to the same extent, Huggies wields its own level of power on the continent. In South Africa alone, anecdotal evidence shows that there are regions where Huggies leads.

Sub-Saharan Africa’s New  Hygiene Leaders
In other categories in sub-Saharan Africa, one can see market leaders in other hygiene categories that are neither P&G or Kimberly-Clark. In Kenya, for example, the market leader in Tissue is Chandaria Industries, who is also a significant player next door in Tanzania. Chandaria Industries is involved in other sectors, but their lead and clout in hygiene cannot be ignored. Chandaria Industries is the biggest business in the Chandaria Group of Companies. They also manufacture sanitary pads and have some well-publicized CSI initiatives that involve girls in schools in Kenya.

Chandaria Industries is the largest toilet paper converter in East and Central Africa. They celebrated their 50th anniversary in 2014 and constructed a brand new $50 million factory on a new 29 acre premises in Tatu Industrial Park in 2015. This doubled the company’s output of 1200 metric tons of finished tissue products per month.

According to the Construction Review Online website, in 2016 Chandaria was already adding hygiene products to its portfolio, so this could certainly happen in the near term. It would be a logical move for a player who is the market leader in one category in two of the East Africa Community markets—Kenya and Tanzania. With the environment being a key area of concern for businesses and citizens alike, Chandaria Industries’s role as a toilet paper recycler makes it a key player in the sustainability space. According to the company’s website, its recycling activities have saved 22 million trees during the last 31 years. Another report from The Environmental Review mentions that the business is indirectly responsible for employing more than 25,000 people who are engaged in collection and processes of paper for recycling.

In South Africa, the market leader for panty liners is NSP Unsgaard, a subsidiary of The Lion Match Company, whose head office is located in Cape Town. In 2018, the pantyliner category in South Africa was valued at R400M $28 million and was estimated to grow 9-10% per year, according to a 2018 report in Engineering News. CEO Basie Van Wyk describes NSP as a small business compared to the other multinational players operating in the same category, but the key thing for them was that they are not only competing but they were winning against the big multinational players.

NSP Unsgaard’s Comfitex brand and is competitively priced and offers great value. They lead the pantyliner category and hope to replicate that success in the sanitary pad segment. In his interview with Engineering News, Van Wyk says, “We believe we can use the success on the pantyliner side and duplicate this on the feminine pad side. Here, we are still a fairly small player with a single-digit market share, so there are big opportunities to grow. For us, the personal care space is our growth area, and we are looking at alternatives within that space. That’s where we’ll start adding meat and becoming a big personal care player.”

Comfitex has been growing steadily and has been chipping away at the market share of P&G, K-C and Twinsaver over the last few years and will continue to do so. In 2018, the company invested R20M in a new pantyliner line which boosted its local production by 55% and reduced waste by 4%.

Africa will be an interesting space to watch, and in the next few years, current and new leaders are expected to emerge or consolidate their positions as installation of hygiene machinery increases and the players who are making the investments are expected to put pressure on the respective governments and lobby for the banning of imports or hiking of import duties as they seek protection to their investments. We are already seeing this in Nigeria. In the medium to long term, some industry consolidation of sorts is expected to take place, as has been seen in other markets that have gone through rapid growth phases.
Related Searches