An absorbent article comprising: a moisture-impervious outer layer; an inner layer substantially co-extensive with the outer layer; a filler interposed between the inner layer and the outer layer; a rear portion having a rear side panel with a longitudinally extending side edge, the rear portion comprising a fastener attached to the rear side panel; and a front portion comprising a fastener attachment area on an outside surface of the front portion, wherein the attachment area is adapted to engage the fastener; wherein the fastener comprises: a first portion that overlaps the rear side panel of the rear portion; a second portion that extends laterally beyond the longitudinally extending side edge, the second portion having a length that extends in a lateral direction and a width perpendicular to the length and further having an upper surface and a lower surface; a grasping element comprising a first end and a second end, the grasping element further comprising a first finger pocket with an opening at the first end and a second finger pocket with an opening at the second end; and an attachment zone where the grasping element is attached to the second portion upper surface. n
Related Searches
Suggested For You

Absorbent Article with Multifunctional Side Panel:

Method and Apparatus for Making Absorbent Structures with Absorbent Material: 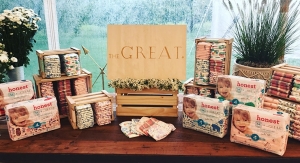 Honest Collaborates with The Great in Diaper Design