If approved, bill will be first of its kind in the U.S.

The Council of the District of Columbia (DC Council) unanimously passed a measure on December 6, 2016, – DC B21-0833, entitled “The Nonwoven Disposable Products Act of 2016” – that, if signed into law, contains first-in-the-nation flushable/non-flushable labeling requirements for consumer goods made from nonwovens offered for sale in the district.

The bill, which is opposed by INDA, the Association of the Nonwoven Fabrics Industry, requires that any “nonwoven disposable product” offered for sale in the District of Columbia that is not flushable must clearly and conspicuously be labeled to communicate to consumers that the product should not be flushed as of early 2018.  The bill also includes first-ever legislative standards that must be met in order to label any disposal nonwoven product offered for sale in DC as being “flushable.”

In testimony delivered by INDA president Dave Rousse on October 24, 2016, before the council’s committee on Transportation and the Environment, INDA’s president repeated earlier arguments used in Atlanta, New York and other state/local jurisdictions that have considered similar restrictions on flushable wipes. Rousse’s basic comment was that flushable wipes aren’t the primary culprit for clogs and other problems found in piping and wastewater processing plants around the country. Noting studies which indicate flushable wipes account for a modest 2-12% of material involved in clogged pumps at municipal water treatment plants, Rousse contends DCB21-0833 “exhibits…confusion” and “would likely worsen the problem” of clogged pipes and machinery.

Rousse went on to note that the “latest data” from New York makes it “abundantly clear” that the real problem is an “increase in consumers flushing products that are not intended to be flushed, not flushable wipes.” He further urged the Council to postpone action on DC B21-0833 until a “collection study” has been conducted of the DC wastewater systems to establish “…what is in the debris burdening the [DC] wastewater systems.”  Rousse referred to this proposed collection study several times in his five-minute remarks to the committee, and offered to “partner” with DC wastewater officials to fund the study.

As he has in the past, Rousse argued that implementation of DC B21-0833 could make wastewater problems in D.C. “much worse” because, “a scarcity of flushable wipes on the Districts’ retail shelves is more likely to cause a migration to baby wipes for toileting rather than change consumer bathroom habits, and baby wipes do not break down when flushed. If consumers do not know that they shouldn’t flush baby wipes, paper towels, cleaning wipes or feminine products, they will continue to do so and continue to damage the region’s sewer system.”

As for determining characteristics for wipes that are safe to flush, Rousse called attention to a series of seven Flushability Assessment Tests that were “responsibly developed by industry” to “validate the material properties that make it safe to introduce these products into wastewater treatment systems and be labeled flushable.” Lastly, he noted that the nonwovens industry is working with the wastewater industry to improve flushability standards at the national level, and urged the DC Council to postpone action on DC B21-0833 until those efforts had been completed instead of implementing provisions that would be solely specific to Washington, DC.

Rousse’s testimony was sandwiched between other testimony delivered by Cynthia Finley, Ph.D., who serves as director, regulatory affairs, for the National Association of Clean Water Agencies (NACWA) and George Hawkins, CEO and general manager of the D.C. Water and Sewer Authority. Both took direct aim at the INDA/EDANA flushability guidelines.

In her testimony, Finley stated that NACWA represents nearly 300 wastewater treatment utilities throughout the U.S. and began reporting problems with nonwoven disposable products in 2008. Nationwide, incidents caused by these products—including clogged pumps, blocked screens, accumulation in wastewater treatment plants and sewer blockages amount to “$500 million to $1 billion” in annual added expenses.” She also noted that wastewater treatment plant workers are exposed to risk of physical injury from “…the process of cutting and pulling wipes out of mechanical equipment;” and workers also risk illness “…due to the pathogens and contaminants contained in raw sewage that must be removed from equipment.”

Finley and Hawkins also blasted INDA/EDANA flushability guidelines for “inadequate” criteria and noted field studies that demonstrate nonwoven wipes labeled as being flushable have been found to accumulate in wastewater pumps. Hawkins pointed to an experience his agency encountered in 2014 where DC Water had to remove 2400 tons of debris from sewer pipes around the Kennedy Center. According to Hawkins, “Wipes were on the leading edge of the debris, creating a dam that significantly hindered the flow of wastewater through the collection system.” Hawkins estimates that the Blue Plains treatment facility in DC alone spends approximately $50,000/year “just to combat the issues caused by wipes.” These costs, he pointed out, are ultimately borne by DC residents through higher sewer bills.

DC Councilwoman Mary Cheh (D-W3) who chairs the DC Council’s Committee on Transportation and the Environment – and is the original sponsor of DC B21-0833 – basically dismissed Rousse’s concerns about her bill as a “logical fallacy” that have “no connection” to the issue at hand. She also disagreed with Rousse’s arguments that action on flushable/non-flushable labeling requirements for nonwoven consumer products be postponed until the nonwovens industry and the wastewater processing industry have enough time to reach consensus on the issue.
The councilwoman’s response was that current industry standards are “lacking” and that efforts to reach consensus are “stalled.”  She opines that the nonwovens industry should welcome a “little push” from the DC government if it leads to consensus standards which are acceptable to nonwovens producers and wastewater treatment operators alike.

Provisions and Next Steps
As approved by the DC Council, DC B21-0833 requires that nonwoven disposable products—defined as “a product made from nonwoven sheets, including moist toilet or tissue or cloth, that is designed, marketed or commonly used for personal hygiene purposes” – cannot be labeled “flushable” in DC unless there’s clear evidence that the product:  1) disperses in a short period of time after flushing in the low-force conditions of a sewer; 2) is not buoyant; and 3) does not contain plastic or other material that does not readily degrade in a range of natural environments.  Interestingly, the bill originally banned regenerated cellulose alongside plastic as a material that is inherently non-flushable but removed the language from the final version based on “conflicting science” received by the council indicating that products containing regenerated cellulose may indeed be flushable.

If a nonwoven disposable product cannot meet these three flushability criteria—which, incidentally, have been adopted by more than 200 wastewater organizations as part of an International Wastewater Policy Statement – it must be labeled with a Do-Not-Flush logo that is “clearly and conspicuously” displayed. Failure to meet these requirements can result in unspecified “civil fines and penalties” and other sanctions.

If the bill becomes law, specific regulations will have to be developed by the DC Department of Energy and Environment to address a myriad of details intentionally left vague under the legislation. Specifically, the bill mandates that regulatory provisions be in place by January 1, 2018, even through thorny issues related to logo size, appearance, and placement for non-flushable products; acceptable verification techniques for flushable products; enforcement issues; and lots of other things need to be resolved.

But, at press time, in order to become law DC B21-0833 still has to be approved by Mayor Muriel Bowser and then withstand a 30-day review by the U.S. Congress – a requirement that applies to all legislation approved by the DC Council under provisions of the Home Rule Act of 1973.

Optimistically, this action ought to be welcomed by the nonwovens industry.  After all, DC B21-0833 includes Do-Not-Flush labeling standards that are similar to what INDA has supported for years, and opens the door for nonwovens that are truly flushable to be labeled accordingly.  Moreover, as repeatedly noted during the legislative process, DC B21-0833 does not impose any sort of ban on any sort of nonwoven unless the product is unlabeled as either flushable or non-flushable.

Realistically, however, it will be interesting to see if the nonwovens industry turns to Congress and/or the court system to stymie enactment of the law, which could be done on several different grounds (it’s cost prohibitive to adopt flushable/non-flushable labeling for a single market; there are all sorts of nonwoven disposable consumer products beyond wipes that are potentially impacted by this legislation; concerns over size/appearance/placement of Do-Not-Flush logos; corporate free speech; enforcement standards, etc.).

This matter appears to validate the age-old caution that is especially true in DC:  be careful what you ask for. By repeatedly noting that nearly half of all material found in wastewater facility processing clogs is made up of non-flushable disposable nonwoven products, and strongly advocating Do-Not-Flush labeling, the U.S. nonwovens industry may be getting exactly what it has asked for via the DC Council; albeit in a manner that industry cannot control.
Related Searches
Related Knowledge Center
Suggested For You 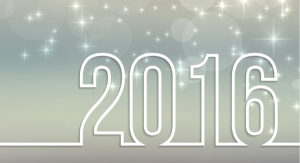 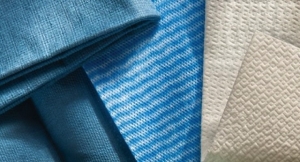