A positive outlook on the auto industry has led to a number of investments in the market this year.

Over the last several years, nonwovens have played an increasingly more prominent role in several areas of the car as they continue to replace products made with wovens, plastics or metals or other heavier weight materials. According to EDANA, the international association for the nonwovens and related industries, over 40 automotive parts are made with nonwovens, which include items like headliners, carpeting, seating applications, filters, insulation components, and much more.

In fact, a recent study by Research and Markets highlighted one of these applications. Reporting on the global automotive upholstery market, the market research firm found that an increasing number of companies have been investing in the development of products with “specific properties for specific end-user applications of lightweight nonwoven upholstery.” This has been driven by efforts to reduce the weight of vehicles, which therefore enhances fuel economy and reduces carbon emissions.

And, it’s government regulations on fuel emissions that have opened up doors for nonwovens in this market because nonwovens offer specific characteristics that other materials don’t.

According to Gerhard Klier, sales director technical products for Sandler, which produces nonwovens for absorbers, upholstery and covers as well as carrier materials for molded parts in the automotives market, “With the supply of fossil fuels being increasingly depleted and the CO2 emissions damaging our environment, reducing the fuel consumption remains a vital topic in automotive engineering. Nonwovens, being lightweight, high-performance materials, contribute to reducing the total weight of a car, thus lowering fuel consumption and reducing CO2 emissions.”

In addition to improving fuel economy, nonwovens “increase the recyclability quota with a higher share of recycled raw materials,” according to executives at Freudenberg Performance Materials, which supplies materials for tuft backings, acoustics, carpets, headliner facings and much more in automotives. The nonwovens expert also says there is more recycling during production and a higher recycling rate for end-of-life vehicles, which improves their environmental footprint.

Among the other benefits of nonwovens in automotives are that they offer a lower cost profile and deliver increased acoustic and thermal qualities.

Anahid Rickmann, head of corporate communications for Autoneum, a Swiss supplier in acoustic and thermal management for vehicles, adds, “Nonwoven components are available in a wide range of product weights and are often moldable giving them a distinct advantage over, for instance, woven materials. A good example is in the underbody where lightweight nonwoven materials are able to replace heavier injection molded or compression molded materials.”

On the Up and Up 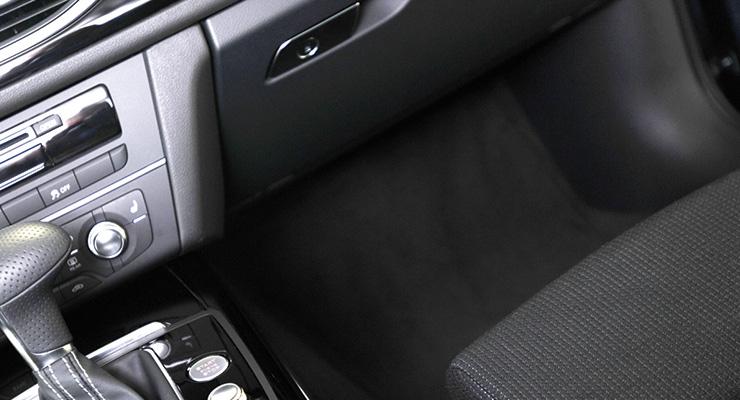 An upswing in the automotive industry in recent years is good news for makers of nonwovens specializing in this area. According to market research firm Autodata, automakers in the U.S. reported 1.46 million vehicles sold in October, which was up 13.6% from October 2014. In Western Europe, volumes continued to improve, accelerating to a double-digit gain in August/September, according to a report from Scotiabank.

In addition to these regions, nonwovens producers are also optimistic in other parts of the world. Sandler’s Klier is seeing growth for the auto industry and nonwovens in automobiles in Asia, especially China and other ASEAN countries. “On one hand, the amazing possibilities nonwovens are offering are recognized by the automotive industry and owing to that, the use of nonwovens in automotive applications increases. On the other hand, the markets, e.g. in Asia, are still developing and showing high growth rates, thus creating huge demand. The U.S. market is growing in a similar fashion,” he says.

Freudenberg agrees that Asia is a hot market for automotives—citing Greater China, India, Southeast Asia specifically—in addition to Mexico. Executives say these are the key markets for fast growth in automotive car production in general and nonwovens usage in automotives particularly.

In fact, because the automotive market in Asia is growing, and is particularly dynamic in China, the company recently made an investment as part of its joint venture with Japan Vilene Company. Freudenberg & Vilene Nonwovens announced in March that it was expanding its capabilities in China with a new state-of-the-art production line for headliners at its Suzhou facility.

Even with the markets currently slowing down in the country, Freudenberg expects substantial year-to-year growth in vehicle production. The company also reports that demand for high-quality products is rising steadily, with automotive headliners enjoying a particularly strong trend. Additionally, Asian OEMs prefer printed headliners that meet the high design standards of Japanese and Korean car manufacturers, the company says.

Freudenberg & Vilene started producing printed headliners in 2010 and it is currently the only manufacturer with in-house printing capabilities. Because of this, the company says it is able to offer customers innovative, individualized products with the most up-to-date designs while at the same time delivering on consistently high quality. “Our commitment in China underscores the fact that we are a leading reliable partner for our customers worldwide and at the same time reaffirms our headliner expertise,” says Bruce Olson, president and CEO of Freudenberg Performance Materials.

Start of production at the Suzhou plant is scheduled for summer 2016.

In addition to the new line in China, Freudenberg commissioned a new spunlaid pilot line in Kaiserslautern, Germany, in September. The Kaiserslautern plant, which was established in 1970, produces nonwovens such as carpets for car interiors and cabin air filters for vehicles, as well as fitted carpets for buildings.

Other Shifts Around the World
Meanwhile, TWE Group of Emsdetten, Germany, which produces nonwovens for a diverse range of applications inside and outside of the car, has acquired two automotive-focused businesses—one in the U.S. and another in Germany—in the last year.

In June, the company added three U.S. plants to its operations through the acquisition of Vita Nonwovens’ U.S. business. The deal includes sites in North Carolina, Texas and Indiana.

According to executives, the main focus of Vita Nonwovens’ U.S. operations is the automotives market and products made in the three locations are used in a number of different areas of the vehicle. These products are made through a proprietary thermal compacting and bonding process, which has been greatly improved upon during the last three years, according to TWE. This has led to double-digit growth in sales during the same period.

In August, TWE Group announced the purchase of a 90% stake in Isowood, a highly specialized nonwovens manufacturer using natural fibers such as hemp, flax, kenaf or jute in conjunction with plastics. Its main output is semi-finished, highly malleable carrier materials for the automotives industry. Mag. Nikolaus Ernest, managing director of Isowood, has retained a 10% stake in the company.

“We focused on acquiring companies that are specialized in automotives so that we can even better service our customers - international automotive tier-1 and tier-2 suppliers,” says TWE Group CCO Ralf Berens.

Autoneum, which offfers a range of nonwoven products from airlaid absorbers, carded cross lapped materials and needlepunch carpets to technical spunbond materials for underbody applications, announced in August it will be opening a new facility in Mexico due to the high demand from international auto makers for lightweight and multifunctional components. From the start of 2017, carpet systems, inner dashes and floor insulators will be produced at the new plant in San Luis Potosí, which is roughly 400 km northwest of Mexico City. From this plant, the company will supply U.S. and German OEMs producing locally for the North American market. The San Luis Potosí facility will be Autoneum’s third manufacturing plant in Mexico.

This year, Germany-based nonwovens producer Tenowo has completed its all-encompassing investment plan that expanded existing operations in Germany and the U.S. and added a new site in Huzhou City, China.

The new China plant, near Shanghai, began running in 2014 and serves the automotive, industrial and interlinings markets. Tenowo manufactures four key brands out of China— 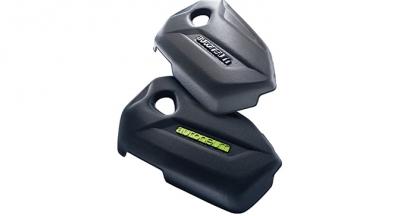 Zetabond X, Zetabond UD, Zetafelt and Zetaloft. “This proliferation of products strengthens and underpins our worldwide presence, especially in the automotive sector in order to follow our customer base in all market segments we serve,” says Detlev Kaeppel, global sales director Tenowo Group Industrial nonwovens and general manager at Tenowo Huzhou New Materials.

Tenowo completed an expansion at its Reichenbach plant in September when it added a second spunlace line focusing on automotive and other industrial applications. Meanwhile, at Tenowo’s plant in Hof, Germany, the company launched new needled products for automotive applications and other markets last year.

Tenowo’s U.S. base in Lincolnton, NC, where it produces thermal and acoustic components for automotives, wasn’t left out of its investment plans. The company launched new products out of the plant, and added additional capacity and capabilities to further support its aggressive growth targets, according to Kaeppel.

Carolina Nonwovens, a subsidiary of National Spinning Co., announced in June the construction of a new facility in Maiden, NC. The new plant will target several markets, including automotive, industrial and construction. It will house a new, more-advanced nonwoven production line to expand the company’s capabilities and capacity in the automotive industry, according to Jim Booterbaugh, president.

Carolina Nonwovens specializes in using recycled fiber content, from both internal and external sources. The internally recycled waste comes from its parent company National Spinning, which generates some waste during its yarn spinning process. The externally recycled fiber is generally post-industrial waste that is recycled from the waste or clippings of various textile producers’ manufacturing processes.

“These textile clippings are purchased by textile waste recyclers, and then are ‘opened’ and/or shredded until the clippings are returned to raw fiber content. This recycled fiber is then combined with controlled percentages of other synthetic and/or natural fibers to create an engineered fiber blend with a specific composition. Carolina Nonwovens purchases these pre-engineered blends, and/or works with the same waste recyclers to develop our own recycled fiber blends, to help us achieve a specific acoustic performance or desired performance in our customers’ process,” Booterbaugh explains.

“Our very specialized nonwoven production equipment enables us to produce our acoustical and thermal insulation materials to industry leading weight, blend and dimensional tolerances,” Booterbaugh says. “With this capability, we are able to offer equal or better acoustic performance than many of the other nonwoven producers whose process limits them to using more expensive virgin or regenerated fibers.”

New from Autoneum
In October, Autoneum added multifunctional engine covers to its range. The lightweight fiber-foam material called Theta-FiberCell made for the engine bay reduces vehicle weight and prevents engine noise from entering the passenger compartment. Compared with typical plastic engine covers, covers made of Theta-FiberCell are more than 50% lighter, which is equivalent to a weight reduction of up to one kilo per vehicle.

Additionally, a 30% weight reduction from Prime-Light-based components save more than two kilos of weight on average, ultimately leading to a reduction in gasoline consumption and CO2 emissions from automobiles.

Prime-Light-based components are made of thermoplastic cotton felt compounds, which can be made of up to 50% recycled materials depending on the application-specific composition. Prime-Light will be produced for models of U.S. OEMs in North America and China beginning 2016.
Related Searches
Related Knowledge Center