Edward “Ed” Allen Vaughn, a longtime expert, writer and speaker on the subject of nonwovens died last week following a heart attack at age 75. Vaughn was the founder and organizer the famous Clemson Nonwovens Forum for many years and more recently served as the moderator of the INDA's Intermediate Nonwovens Training course and as editor of the Journal of Engineered Fibers and Fabrics (JEFF). 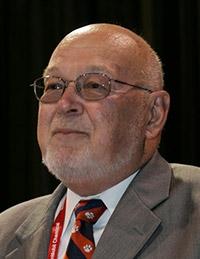 Vaughn graduated from Lynchburg College in 1962 and he earned his M.S. in Textile Technology from the Institute of Textile Technology in 1964. In 1966 he joined the Clemson faculty as an Instructor in Textiles. During the period 1967-69, he studied textile physics at the University of Manchester in the U.K. where he earned his Ph.D. He returned to Clemson in 1969 to continue his teaching and research activities. He served as department head and then director of the school of textiles from 1977 through 1989. He then continued his teaching and research until his retirement in 2005, when he became Professor Emeritus.

After his retirement, Vaughn remained active in teaching undergraduate and graduate students, conducting research in the development and analysis of textile materials, and working with the textile industry in the areas of manufacturing, product development and materials analysis. He received a Lifetime Achievement Award from INDA in 2007.
Related Searches
Related Knowledge Center