From Shame to Fame: Adult Incontinence Continues In Global Advance 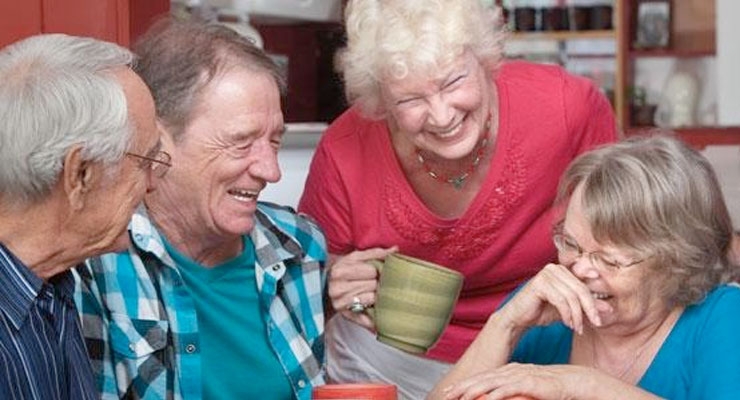 Over the past decade, adult incontinence has been the hygiene industry’s shining star. In 2014, retail sales of incontinence products registered growth close to 8% in volume terms and 6% in constant value (U.S. dollars 2014 fixed exchange rate), to exceed $7 billion. This pace of growth is double of that shown by the overall retail hygiene globally over the past decade (see chart below).
While the aging population remains the key driver of growth in the developed countries, emerging markets benefit from growing acceptance and understanding of incontinence, increasing the awareness of available products and their increased affordability.

Star performers and strategies for growth
In volume and value terms, the U.S. and Japan remain the world’s largest markets for adult incontinence, accounting for a combined 53% share of global incontinence volume and 46% of global value (U.S. dollars constant at 2014 fixed exchange rate). Despite already high levels of penetration, in 2014 both markets showed solid growth in unit volume terms (8% in the U.S. and 6% in Japan) as well as healthy increases in constant values, at 5% each. In addition to the aging population, reinvigorated marketing campaigns and further product segmentation help the cause. For instance, in the U.S., Kimberly-Clark launched Depend Silhouette Briefs for Women and Depend Real Fit Briefs for Men, backed by its Underwareness marketing campaign that targets stigma and is aimed at a younger demographic. The entry of Always Discreet by Procter & Gamble further added to the dynamic. In Japan, Unicharm targeted light incontinence with innovations like Charm Nap Funwari Hada for women and Lifree Stretch Fit Thin and Light Tape Type for the bedridden.

However, outpacing developed countries in terms of growth are emerging markets like China and India in Asia-Pacific, Brazil in Latin America and a number of others, buoying global sales with double digits growth in volumes and solid growth in value.
Rising incomes, increased affordability, growing understanding of urinary incontinence and products aimed at addressing the condition and expanding product availability in retail fuel growth in the emerging markets.

In Brazil, retail sales of adult incontinence products rang in at $590 million in 2014, increasing 12% over 2013. The aging population, together with rising income levels within the middle class, allows more Brazilians to afford incontinence products. Furthermore, since 2010, the Brazilian government has subsidized purchases of incontinence products for the elderly through prescriptions, which helps to expand the category reach to lower-income consumers. Moreover, corporate strategies to support category growth also include advertising campaigns by the brand manufacturers and the government to increase awareness of incontinence problems and innovation that sees manufacturers developing products adapted to specific needs and demographic groups, such as the launch of Tena Men by SCA in 2014.

In India, on the other hand, purchasing costs are not covered under any insurance and are not subsidized by the government. Hence, the usage continues to be largely limited to wealthier and urban consumers. However, similar to other emerging markets, India sees more brand activity to raise awareness about urinary incontinence as well as expand product availability and affordability. For instance, The Nobel Hygiene India Pvt Ltd places display boards across major pharmacies and provides discounts to retailers to promote their brands to senior citizens. Additionally, the growing presence of incontinence products at modern grocery retailers further helps to expand consumer reach.

P& G draws more attention to light incontinence
For Procter & Gamble, building a stronger position in the industry’s fastest-growing category was not just a matter of adding another brand. The company sought to develop a brand that had real potential to be a market leader and even a game-changer. Subsequently, Procter & Gamble took its time to enter adult incontinence. Since its entry, however, Always Discreet has been shaking up incontinence, challenging established brands like SCA’s Tena and Kimberly-Clark’s Depend and Poise brands and gaining in share of sales in markets like the U.S., U.K. and others.

The branding of the product under the Always umbrella was a bold move—it could have weakened the image of Always in its core sanitary protection market, especially with younger consumers. However, Always does not appear to have been tarnished, which is a measure of how far the incontinence category has come. It shows that light incontinence is verging on becoming a taboo-free subcategory of the wider feminine care product mix. In fact, Always Discreet has helped bring light incontinence much more into the feminine care fold than it ever was.

Opportunities ahead as adult incontinence marketplace continues to evolve
Looking ahead, global sales of incontinence products show no signs of abating. Euromonitor projects that over 2014-2019, retail sales of incontinence products will see a 7% CAGR (compound annual growth rate) in constant value terms to a total estimated over $10 billion. Volume is expected to see a close to 7% increase over the same period of time to achieve an estimated total of over 23 billion units. As population in key developed and also some key emerging markets is aging, expanding customer base will undoubtedly provide a favorable operating environment for the manufacturers of adult incontinence.

However, betting on aging demographic alone will not be sufficient. Innovation that focuses on product quality, design and segmentation by age and condition, creative marketing, and continuous efforts to address stigma associated with the use of incontinence products in developed and especially emerging markets will be necessary to win over consumers.

Pricing strategies that make products more affordable will also be vital. While emerging markets do see rise in incomes, there remains a significant proportion of the population in low income brackets that currently cannot afford incontinence supplies. Moreover, in the developed markets there is a sizable proportion of elderly who live at or below poverty level. For instance, according to OECD, a percentage of 65+ with incomes below 50% of the median equalized income in 2013 was quite high in countries like Australia (at 35.5%), Japan (19.4%), Spain (12.5%), Italy (11%), and Germany (10.5%). Understanding the needs of low income consumers and building strategies, also in collaboration with governments and retailers, to enable purchases by those on low budget will go a long way in driving consumption.

Additionally, light incontinence is expected to come more into the spotlight. Many women who suffer from light incontinence have long preferred to use sanitary protection pads rather than using a specific incontinence product. According to one US-based survey, this type of demand could have been fuelling more than a third of sanitary pad volume in 2013. An estimated one in three women over the age of 18 has recurring light incontinence problems (it is especially common among women who have had children). But the problem is often not recognized (or not accepted) as an incontinence condition. This is the case in the developed and the emerging markets.

The key to Procter & Gamble’s success in incontinence lies in large part in the company’s strong focus on the light incontinence segment. By positioning light incontinence firmly in the feminine care camp, and by using a name already widely associated with feminine care, Procter & Gamble’s Always Discreet has been able to attract many women who were primarily using sanitary protection pads to deal with their bladder issues. The discreteness of the product is also important in this regard. Other leading manufacturers of incontinence products, such as Unicharm, are also focusing strongly on light incontinence. Developing further strategies that speak to this segment will likely draw more women’s attention, thereby expanding consumer reach beyond those with moderate/heavy incidences related to ageing and chronic conditions.
Related Searches
Related Knowledge Center