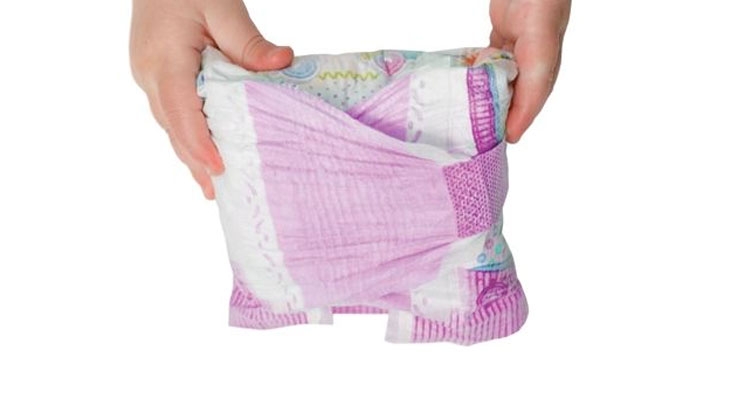 Ambitious spunmelt investment continued in 2014 and into 2015 despite the fact that literally hundreds of thousands of tons of capacity have come onstream since 2010. In recent months, new lines have been announced in Brazil, Russia, Poland, Spain, Turkey, India and Thailand, adding an estimated 100,000-plus tons of new capacity to global spunmelt supply, a market that has already seen ambitious investment during the past half decade.

According to nonwovens industry consultant Price Hanna Consultants, Inc., the size of the global spunbond/spunmelt market was more than 3.3 million tons in 2014, up more than 6% over 2013 as the rate of capacity growth reflected a race among producers to install modern technology to meet changing and growing demand and position themselves in high growth regional markets. “We expect the growth in global capacity from 2014-2019 to average less than 3% per year,” says principal David Price. “Year-over-year annual capacity growth may be higher due to uneven installations of capacity.”

Meanwhile, global growth for nonwovens made from this technology is growing 5% per year in tons and higher in square meters, and this growth is expected to continue for the next five years. Price estimates that global machine capacity utilization fell slightly in 2014 to about 81% of output capacity. 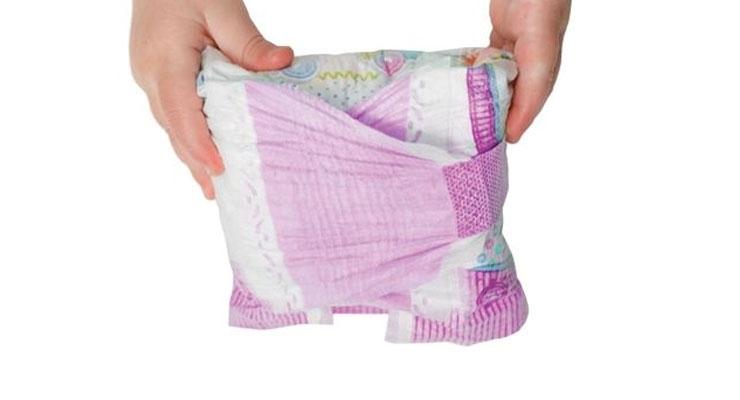 Diapers continue to be one of the largest markets for spunbond and spunmelt nonwovens.
As this capacity continues to come onstream, many executives remain optimistic about the technology’s prospects for growth as baby diaper growth in emerging markets and adult diaper growth everywhere leads to gains in the hygiene market. Additionally, more opportunities for spunmelt will exist beyond hygiene in markets like medical and agriculture.

North America
Investment has slowed in the North American spunmelt market in recent years after a number of investments came up around 2010. The most recent investment was made by Companhia Providencia, which is now owned by Polymer Group Inc. The Brazilian nonwovens maker completed its second U.S. line, in Statesville, SC, in 2013. This state-of-the-art line was one of the key motivators behind PGI’s purchase—in addition to instant access to the Brazilian market where Providencia has 11 lines. At the time of the acquisition, PGI’s CEO J. Joel Hackney said that Providencia gave PGI access to state-of-the-art technology in North America.
PGI, in its own right, has been an ardent investor in the North American spunmelt markets, adding lines in Waynesboro, VA, in 2010 and Mooresville, NC, in 2008 but more recently has chosen to grow through acquisition in that part of the world.

Other major spunmelt makers in North America have leveled off investment as well. Avgol added its fourth U.S. line in 2012 after investing steadily in new lines since entering the market in 2003—but has continued its aggressiveness in China and Russia—and First Quality Nonwovens has not reported a U.S. line in several years.

European Growth
While Europe has reportedly been in balance for the past couple of years, a few significant investments have been announced there in recent months. The largest of which is from Polymer Group Inc., the world’s largest manufacturer of spunmelt nonwovens. In June, the company announced it would bring its total capacity in the region to above 100,000 metric tons. Included in this investment is a significant increase to its spunmelt capacity in Tarragona, Spain, as well as an increase in specialty carded capacity in Terno, Italy.

Currently about 27% of PGI’s revenues are generated in Europe, where the company operates four manufacturing facilities in France, Holland, Italy and Spain. PGI entered the European spunmelt market in 2009 when it acquired Telsaca-Texnovo. At the time of the acquisition the site was capable of making 50,000 metric tons of nonwovens on six lines and reported sales of about $87 million.

Elsewhere in Europe, Fitesa said in October it was adding a new spunmelt line in Noorkoping, Sweden, capable of making 20,000 tons of nonwovens per year. This 5.2 meter line will add 50% capacity to the site, which has not seen investment since 2006, when it was still owned by Fiberweb. Fitesa additionally has a spunmelt operation in Italy, also acquired from Fiberweb. Meanwhile, other European producers Dounor in Sweden and Texbond in Italy have held off on investment in recent years.

Looking eastward, growth in these emerging markets has influenced growth in recent years. Much of this has been led by Pegas Nonwovens, a Czech-based manufacturer who makes about 120,000 tons in Czech Republic largely targeting Western and Eastern Europe. As Pegas has taken some time off from Eastern European investment to focus on expansion into new markets, new lines have been announced by Union Industries in Poland and Avgol in Russia.

Latin America
Meanwhile closer to home, Fitesa has announced significant growth in Latin America, where it makes nonwovens in Brazil and Peru. In Brazil, Fitesa is building a brand new nonwovens manufacturing site, with room for multiple lines, in Sao Paulo, Brazil. The investment at this facility will be a state-of-the-art line capable of making 20,000 tons of material per year. The new line will begin commercial operation during the first quarter of 2016. Fitesa has operated in Gravesend since 2006.

Elsewhere in South America, Fitesa announced it will soon add 5000 tons to its existing capacity in Lima, Peru, which was added three years ago when Fitesa was still involved in a joint partnership with Fiberweb.

PGI was a major Latin American player even before the Providencia acquisition, with major operations in Mexico, Argentina and Colombia. Acquiring Providencia has helped PGI fill a hole in Brazil, a market it had stayed away from up until now. The company now has two sites in Brazil with a total of 10 manufacturing lines.

Asia
According to industry estimates the Asian market for polypropylene spunbond nonwovens is expected to increase from 660,000 tons in 2016 to 936,000 tons in 2020 because of explosive baby diaper needs in emerging ASEAN countries and adult diaper needs in Korea and Japan due to a graying population.

A few years ago, Chinese investment was making headlines with investments from Toray, First Quality, Avgol and Jofo, to name a few, but more recent installations seem to be centered on the ASEAN region in countries like Indonesia, Thailand and Malaysia. At the forefront of these efforts has been Fibertex Personal Care. The Denmark-based company has been investing in Malaysia since 2004 and added its fourth line there at the end of 2013. This new line, representing a $50 million investment, increased the company’s Malaysian capacity 30% to 70,000 tons. Coming not long after the completion of the site’s third line, which added 22,000 tons to the site, this ambitious investment is the result of strong growth in the Asian hygiene market, which is growing more than 10% per year, according to group CEO Mikael Staal Axelsen. The four major Asian markets are Japan, China, ASEAN and India and they are growing across the board.

According to Axelsen, pricing in Asia has been challenged due to overcapacity brought on by overinvestment in China that was made in anticipation of growth that has not been as fast as expected. Therefore, a lot of Chinese-made nonwovens are being sold in India. For this reason, Fibertex Personal Care has ruled out investing in India for now and will instead serve the market from its Malaysian base, which was established in 2002.

Also focusing on this area has been Toray Advanced Materials. The Korean nonwovens maker just finalized plans to add its second line in Indonesia, bringing the site’s capacity to 37,000 tons by the end of next year. The company’s first line there was added in June 2012 and began operating at full capacity immediately.

Executives said expansion into Indonesia was part of an effort to broaden its manufacturing footprint and supply all of Asia more easily and effectively. These investments, along with an aggressive Chinese expansion plan, fall in sync with the company’s strategy of becoming a leading maker of spunbond materials in Asia.

S.Y. Lee, commercial director of Toray, said that spunbond supply in Asia is currently oversupplied but it is a necessary situation so that manufacturers are prepared for coming growth. “These investments were necessary to make a business chance and achieve the market initiative that this market growth can present,” he says. “We expect that the demand for adult incontinence would be expanded in Japan, Korea and China but adult incontinence does not play as major a role as the baby diaper market.”

Fibertex’s Axelsen has said that a percentage of current Asian output is currently serving the Indian subcontinent but this balance may shift as the country’s first major spunmelt line comes onstream. Global Nonwovens announced in 2012 it would add a 20,000 tons line in Nahik, India, which should be coming onstream anytime. The line will target hygiene and medical applications.

Asahi Kasei is among the Japanese nonwovens manufacturers who have chosen Thailand as their first foreign operation. The company recently doubled capacity at its Thai subsidiary, Asahi Kasei Spunbond (Thailand) Co., Ltd. (AKST,) by adding a new production line capable of making 20,000 tons/year capacity. The ¥5 billion investment at the company’s plant in the Saha Group Industrial Park in Siracha, Chonburi Province, Thailand, will start-up in November 2015. Since beginning its spunbond business in 1973, Asahi Kasei Fibers has supplied Eltas spunbond for use in a wide variety of applications including disposable diapers and other hygienic products, automotive and other industrial applications, and general consumer products.

Since then, Asahi Kasei Fibers has expanded its spunbond business with two production sites in Japan at Moriyama, Shiga, and Nobeoka, Miyazaki, as well as AKST. AKST began operation in 2012 as a base for local production in Thailand to meet growing demand for spunbond for diaper applications in Asia. The market in Asia not only continues to grow in volume, but also is increasingly marked by more sophisticated demand for higher product performance and quality, even as price competition intensifies.
Like Asahi Kasei, Mitsui Chemicals, also one of Japan’s leading makers of spunmelt nonwovens, makes 30,000 tons of the material in Thailand.

Middle East
The Middle East region, including Turkey and North Africa with its close proximity to both Europe and Asia, as well as their proximity to raw material suppliers, has been a hotbed of activity for more than a decade and recently investment has moved into new areas like Egypt and the east coast of Saudi Arabia, broadening the industry’s global footprint once again.

Activity in Turkey, with that country’s history in the textiles industry, has been consistently strong for the past 10 years, led by companies like Mogul Nonwovens who has alternated investments in polyester spunbond, meltblown and spunlace, choosing to focus on smaller markets than hygiene for growth.

Gulsan, on the other hand, has chosen to focus on hygiene, announcing in December it would add a 20,000 spunmelt line in Turkey to support future growth. The new line, which will be complete in December 2015, will add 20,000 tons, bringing Gulsan’s total capacity to 105,000 tons.

Gulsan finished its first foreign investment, a 20,000-ton spunmelt line near Cairo, Egypt, in October 2014, which also helped it with a goal of becoming a leading supplier of spunmelt nonwovens in the EMEA (European, Middle East and Africa) region.
Also in Egypt, Pegas Nonwovens has added a spunmelt line capable of making 20,000 tons of material, and at least one other European producer has hinted at plans to set up shop there.