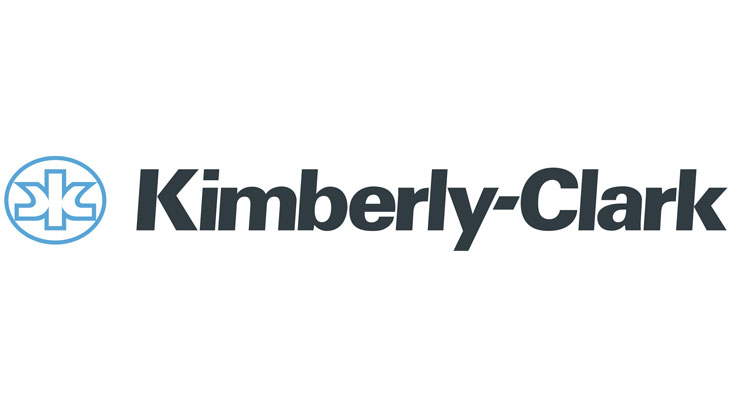 Even as it continues to cement its role as one of the world’s largest manufacturers of personal hygiene and tissue products, Kimberly-Clark continues to invest in its nonwovens operation, which not only fuels its consumer products business but also targets customers directly in segments like filtration, construction, sorbents and critical cleaning. The company’s Global Nonwovens business is headquartered in Roswell, GA, and operates facilities in Corinth, MS; Hendersonville, NC; LaGrange, GA and Tuas, Singapore.

In 2018, K-C announced it would invest $30 million for expansion and improvements to its Berkeley nonwovens manufacturing facility in Hendersonville, NC. The plant produces nonwoven materials for Kimberly-Clark’s North American adult and feminine care brands including Depend, Poise and U by Kotex. The two-year project is focused on expanding the plant’s production capacity and efficiency and is expected to add 14 new jobs at the site, while maintaining current employment.
“The Berkeley Mill team is proud about the role we will play in supporting the future growth of Kimberly-Clark’s adult and feminine care business in North America,” says Ernest Humphries, plant manager, Kimberly-Clark’s Berkeley Mill. “This investment, combined with the commitment of our employees and the support of the local community, will bolster the mill’s competitiveness and position us for continued success.”

Additionally, K-C has added capacity for baby wipes and created a dedicated formulation lab to boost product innovation in Tuas, Singapore. The Tuas site exports to markets across the Asia-Pacific including Australia, New Zealand, Taiwan, China and multiple ASEAN countries. It was first opened in 1981. The investment brought the site’s baby wipes capacity from 2.4 million to about 5 million per year, according to reports.

In January 2018, Kimberly-Clark initiated a global restructuring program in order to reduce the company’s structural cost base and enhance the company’s flexibility to invest in its brands, growth initiatives and capabilities critical to delivering future growth. The company expects the program will generate annual pre-tax cost savings of $500 to $550 million by the end of 2021. As part of the program, Kimberly-Clark expects to exit or divest some low-margin businesses that generate approximately 1% of company net sales.

The North American sites known to be affected by this plan include its nonwovens manufacturing site in Neenah, WI, one in California, which makes consumer products like Scott toilet tissue and Kleenex, as well as professional products—including KimWipes and KayDry wipers—and a facility in Conway, AR. K-C will move production from these sites into other facilities operated by the company in North America.

Additionally, one of its Brazilian sites—an absorbent hygiene plant in Eldorado do Sul, Brazil—will close, and K-C will transfer production to other Brazilian sites in Sao Paulo, Correia Pinto, Camacari and Suzano Mogi das Cruzes.

In Africa, K-C closed its plant in Lagos, Nigeria, in late 2019 and is reportedly building a new factory in its place. The decision to build a new factory with enhanced technology and capabilities was driven by strong growth in demand for its products in the region. About 60 permanent employees will be affected by the closure. However, the company insists it remains committed to the Nigerian market where it will expand its team and open an additional office this year.

Looking forward, K-C expects to continue to grow its personal care businesses and has improvements planned for many of its core brands including Huggies diapers and baby wipes, Pull-Ups training pants and Depend adult incontinence products.

The launch of Pull-Ups New Leaf is in sync with the company’s sustainability strategy, which has been outlined in new 2030 sustainability strategy and goals aimed at addressing the social challenges of the next decade with commitments to improve the lives and well being of one billion underserved communities around the world.

“These extraordinary times remind us why our purpose is more important than ever. Our values, which have guided us for nearly 150 years, will continue to shape our response to the challenges ahead,” says Mike Hsu, chairman and CEO, Kimberly-Clark. “I am inspired by our ambition to advance the well-being of one billion people around the world and proud of the significant environmental commitments that we are making to address the impact our products have on the environment. The ambitious strategy is outlined in the company’s 2019 Global Sustainability Report, which reflects progress towards the company’s Sustainability 2022 strategy and its pivot to 2030.”

The new strategy looks at four key areas—carbon, forest, water and plastics—and seeks to reduce each footprint by half.

Last month, the company joined the U.S. Plastics Pact, a collaborative, solutions-driven initiative rooted in four ambitious goals intended to drive significant systems change by unifying diverse cross-sector approaches, setting a national strategy, and creating scalable solutions to create a path forward toward a circular economy for plastics in the United States by 2025. The first North American Pact of its kind, the U.S. Pact is a collaboration led by The Recycling Partnership, World Wildlife Fund (WWF) and Ellen MacArthur Foundation.

“We aspire to be at the forefront of the transition to a circular, reuse economy and finding new ways of giving consumers the products they need,” says Kim Underhill, president of Kimberly-Clark’s North American Consumer Business. “We realize getting there will take game-changing innovation, and we know we’re up to the challenge to do more by joining the U.S. Plastics Pact.”

As a founding Activator of the U.S. Plastics Pact, Kimberly-Clark has agreed to collectively deliver against these four ambitious goals across its U.S. business, in alignment with the company’s 2030 strategy and goals including ensuring all of its packaging is 100% reusable, recyclable or compostable by 2025.