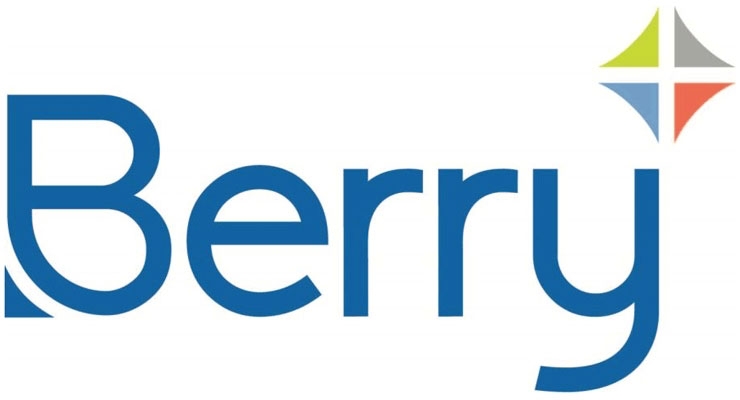 
Berry Global, the world’s largest nonwovens producer, started off 2018 with the purchase of Clopay Plastic Products, a maker of breathable and nonbreathable films and laminates for $475 million. With annual sales of $461 million, Clopay operated facilities in Kentucky, Tennessee, Germany, Brazil and China, and had about 1500 employees prior to being acquired by Berry. It shared many of the same customers as Berry in the hygiene segment. Its largest customer, Procter & Gamble, represented about half of sales last year. The acquisition has allowed Berry and Clopay to optimize complementary production capacities, reduce material and conversion costs and better serve customers from an expanded global footprint. The acquisition also gives Berry access to patent protected technologies in the breathable films segment, which will improve its position in this fast growing market.

Berry’s heritage films business and the acquired nonwovens business contained a number of synergies and shared customers and were soonafter combined to form the company’s Health and Hygiene Specialties (HHS) division. The Clopay business is now a part of this segment.

In other acquisition news, Berry completed the purchase of RPC Group, a large manufacturer of plastic packaging components, for $6.5 billion in July. The two companies now have a combined global footprint consisting of over 290 locations worldwide, including locations in North and South America, Europe, Asia, Africa and Australia. Joining the two companies creates a leading global supplier of value-added protective solutions and one of the world’s largest plastic packaging companies.

Berry also announced a new business structure linked to its acquisition of RPC. Berry’s business structure will now be comprised of four divisions: Consumer Packaging – International; Consumer Packaging – North America; Engineered Materials; and Health, Hygiene, and Specialties. The company’s previous structure included three divisions: Consumer Packaging, Engineered Materials, and Health, Hygiene, and Specialties.
Back to Berry’s nonwovens business, the company has invested in several new lines in recent months. Most recently, Berry announced in November 2018 it would add a specialty meltblown line to produce high efficiency filtration media for the Asian markets. The investment is a part of the company’s Health, Hygiene and Specialties Division and is focused on premium applications in the room air purification, industrial face mask and cabin air filtration markets.

“The filtration market is growing rapidly and we are excited to expand our capacity to accommodate the growing markets and increased demand. Our commitment is strong to this market and the entire nonwovens space. Our investment in meltblown capacity is the next step in advancing our market leading position in filtration solutions,” says Scott Tracey, president of Berry’s Health, Hygiene, and Specialties Division.
Also in China, Berry is adding its latest spunmelt investment, a 20,000-ton Reicofil 5 spunmelt line located in Nanhai, China. Announced in 2017, the new line is nearing completion and will target the Asia-Pacific markets with specialty, soft products for hygiene applications. The line should reach commercialization in the fourth quarter.

Robert Weilminster, president of North America, says: “The new Reicofil technology will allow us to better meet our customer demands with a comprehensive product range.”

The Nanhai site was built in 2014 to replace an older site originally built there in 1996. Other enhancements to Berry’s hygiene business include new carding technology at its site in  Terno d’Isola, Italy, which allows for higher loft products. This was part of a significant European investment that also included additional spunmelt capacity and brought the European capacity to above 100,000 tons. The Terno d’Isola site is now a Center of Excellence for carded nonwovens, featuring an enhanced production process and innovation capabilities that have allowed it to respond to changing market demands.

As one of the world’s largest manufacturers of spunmelt nonwovens, as well as a sizable producer of a variety of breathable and non-breathable films, Berry is able to offer is customers significant variety in the hygiene market. “Our team is talking about nonwovens and films in the same conversations with customers and this allows our customers to have many choices in breathability for health and hygiene applications,” Weilminster says.

Outside of the spunmelt segment,  Berry has recently completed work on its latest Spinlace line in Mooresville, NC. The technology featured an advanced proprietary process to hydroentangle limitless materials. The new line is adding 17,000 tons of capacity to the company’s capacity and will largely serve North American demand for healthcare, hygiene, household cleaning, food service and industrial wipes. It is Berry’s third line featuring the technology, which was introduced in 2007 and expanded in 2014.

Outside of wipes and hygiene, Berry operates a sizable specialty business globally with key markets including agriculture, specialty filtration, building and construction and geotextiles. In November, the company showed an increased focus on its agriculture business when it designated its facility in Beisheim, France, as a European Center of Excellence in agriculture.

As a major consumer of plastics feedstock, Berry has shown its commitment to making sustainability a major part of its business. In July, the company signed the New Plastics Economy Global Commitment to eliminate plastic pollution at its source. The New Plastics Economy Global Commitment is led by the Ellen MacArthur Foundation, in collaboration with UN Environment.

“At Berry, we stand behind the power of plastics and are placing a priority on creating a more sustainable future. We are innovating our products to encourage recyclability, use of recycled content, and lightweighting. In conjunction with the Ellen MacArthur Foundation, we are proud to accelerate the transition towards a circular economy,” says Tom Salmon, Berry chairman and CEO.