Two years after combining its nonwovens-related businesses—the nonwovens group and its Politex construction operation—the company now known as Freudenberg Performance Materials continues to capitalize on synergies between the businesses, which include 25 sites in 14 countries.

To remain competitive long term, Freudenberg has taken steps to improve its flexibility to respond to changing market conditions and customer demands. In Weinheim, Germany, the company decided to outsource its warehousing and logistics operations at a lower cost and reduce head counts. “The production model at Weinheim is also introducing a more flexible and modern staffing model,” Olson adds.

Meanwhile, in South America, Freudenberg responded to difficult conditions by launching a major restructuring of its hygiene operations and making the production of its sites in Buenos Aires, Argentina, and Jacarei, Brazil, fully dedicated to the hygiene market. In addition, these sites keep on serving customers in the apparel and shoe businesses.

“We are a niche player in hygiene with acquisition and distribution layer material for diapers and feminine hygiene, yet what we did was very successful,” Olson adds. “The turnaround in our South America hygiene business was a significant contributor to profit growth in the Performance Materials business.”

In addition to restructuring, Freudenberg has continued to grow its business through investment. Freudenberg is preparing to start up a new glass reinforced spunbond line, which is based on new in-house technology for glass reinforced nonwovens in  Macon, GA. The new line, which represents a new technology for Freudenberg, will supplement output from three staple fiber lines already located in Macon. Olson says some of the technology used so far will likely be shuttered to make room for the more advanced technology, which will roll out to Europe in the future—where Freudenberg has similar sites in Italy, France and Russia.

“We are working on the next generation of spinning technology that gives even more uniformity,” he adds.

Once this next generation technology is fully refined, investment in Taiwan, where Freudenberg operates a two-line site in Tayuan, will surely follow.

“This investment should have been made earlier but we wanted to invest with the best processing technology available and we are waiting for our new spinning technology to be fully developed,” Olson says.

In Europe, Freudenberg has not made any major investments in new technology but has made some improvements to its technological offerings. In Weinheim, there are new pilot facilities for coating and impregnating that are focused on the long term development of lithium ion and fuel cell battery components, markets that the company hopes will represent a significant part of its business in the next five years.

Another area that represents Freudenberg’s excellence in innovation is Evolon, its continuous filament microfiber technology that has been under development for the past 15 years. These materials are currently made on one line in Colmar, France, which was debottlenecked three years ago to increase capacity by 50%. At the same time, Freudenberg continues to develop the process technology to allow it to make smaller and smaller microfibers to open new doors for Evolon.

The use of microfilament technologies in Evolon has allowed the material to act as technical and eco-friendly solutions in pillows, duvets, sleeping bags and other quilted products filled with feathers and down.

Thanks to its structure of closely entangled super-microfilaments, which are up to 200 times thinner than a human hair and weigh less than 130gsm, this Evolon variant is a high density cover fabric which prevents any loss of filling from even the finest layer of down. The textile also makes it possible to mask dark feathers or those that are a little too thick and prickly.

Evolon is known for being a natural physical barrier against dust mite allergens. As a result, Evolon also filters residual dust from feathers and down which could escape from the pillow or duvet. This improves bedding hygiene considerably. “Evolon is an example of how you can develop a unique process, patent it and then go out and find new applications for the material,” Olson says.

While acquisition has also been a past growth strategy for Freudenberg, the company has not made a major one since January 2015 when it purchased Polymer Health Technology, a Wales, U.K.-based supplier of polyurethane foams for advanced wound care applications, allowing the company to serve a market it had already supplied with nonwovens with foam. “When we chose to name our merged business Performance Materials, it was a signal to everyone that we want to solve problems with products, not just nonwovens,” Olson says. “But, we are looking for these nonwoven adjacent products only where we already have a strong position and advanced wound care is definitely an area that fits the bill.”

This strategy was also implemented in the company’s interlinings business when Freudenberg purchased Hansel, a German-based manufacturer of knitted interlinings in 2015. This acquisition allowed Freudenberg to offer sophisticated interlining solutions in ladies and men’s outer garments, childrenswear and sportswear. In 2016, Freudenberg added to these offerings through an investment of a stretchable interlinings line in Weinheim, Germany, where Freudenberg relocated the Hansel operation following the acquisition.

“A lot of these adjacent businesses are still in the niche state,” Olson says, “but, they should pay off in the next 10-15 years.”
Suggested For You 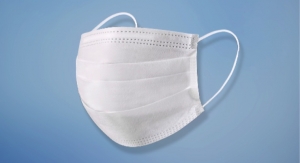 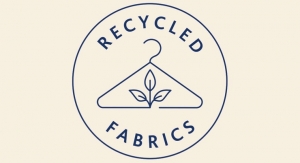 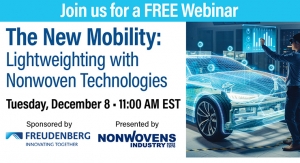 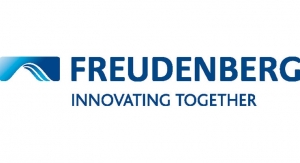