The big news from TWE Group is its expansion into North America. In June 2015, the German nonwovens producer added three U.S. plants to its operations through the acquisition of Vita Nonwovens’ U.S. business. The deal includes sites in North Carolina, Texas and Indiana. This business was purchased from a group of former employees by a private equity outfit late last year. The employee team had owned the company since 2012 when former owner British Vita exited the nonwovens business. It was then that the TWE Group first began its cooperation with Vita, acquiring the Libeltex business from the British-based company. This deal included sites in Belgium, France and Sweden and expanded TWE’s presence in several markets.

According to executives, the main focus of Vita Nonwovens’ U.S. operations is the automotives market and products made in the three locations are used in a number of different areas of the vehicle. These products are made through a proprietary thermal compacting and bonding process, which has been greatly improved upon during the last three years, according to TWE. This has led to double-digit growth in sales during the same period.

Vita Nonwovens was founded in High Point, NC in 1996 and grew strongly at the beginning of the new millennium, when two additional locations, in Texas and Indiana, were added. The company produces nonwovens for a diverse range of applications at the three locations, and TWE found the company attractive because of the two companies’ shared similar competencies. This could allow new potential for mutual research and the development of new products, thus providing the customers with even better solutions and higher quality worldwide.

Most of Vita’s U.S. operation is focused on nonwovens for automotives.  “The products for the automotive industry are predominantly installed for sound and thermal insulation in a number of different areas in the vehicle,” CEO Ralf Berens says. “Particularly the automotive field at Vita Nonwovens has grown significantly during the past three years; the average turnover of the company increased in a double-digit range. As a result, we are anticipating strong growth stimuli, especially when considering the continued international expansion of our automotives business. Besides our hygiene business, our Mobiltech division is expected to become the driving force of our future growth.”

Also boosting the group’s automotives business is the July acquisition of Isowood, a German nonwovens producer specialized in the use of natural fibers for the automotives industry. TWE purchased a 90% stake in the company in a move to increase its exposure to natural fibers and other strategic markets. Isowood, which was founded in 1997 in Rudolstadt, Germany is a small but well-known and respected tier-two supplier to the automotives markets. It is well known for its outstanding innovation power and exceptional project development competence.

Before these two acquisitions, much of TWE’s business had centered on the hygiene market, which represented about half of sales without Vita and Isowood. TWE gained its leadership position in this market via Libeltex, which provided the formerly German-centric TWE with manufacturing assets in France, Sweden and Belgium as well as an important technology serving acquisition/distribution applications in diapers and other disposable items.

“The Libeltex acquisition was especially important because before this point TWE was only really present in Germany, but after this it had a broader European presence. And recently with the acquisition of Vita Nonwovens, TWE has gone all the way from being a small, typically German group to an international player,” Berens says.

Libeltex’s air-through bonded nonwovens have helped diaper manufacturers achieve a new level of thinness in disposable hygiene items and made TWE one of the leading suppliers to the global hygiene market. Of particular interest is Slimcore, a through-air bonded ADL material, which was developed by Libeltex in 2012 and is now becoming more standard in core materials for diapers. It features a multilayer that can be used in any fluff versus superabsorbent polymer ratio.  To futher boost its business in this segment, TWE is now rolling out a new ADL technology under the brand name Amphibia. Describing the product as at the edge of technology, Berens says it is a combination of ADL and core concept technology that will bring performance and value to the consumer

“Being the innovator of the acquisition and distribution layer technology and we will develop in close cooperation with our customers high performance products adapted to local customer needs,” explains Berens.

Beyond automotive and hygiene, which now together represent about 50% of TWE’s overall sales, the company continues to seek growth in all of its seven business units, including medical, filtration, building and construction, bedding and furniture and wipes.
Meanwhile, in geographical expansion, TWE is examining additional acquisitions to provide it with access to other U.S. markets and Asia. “As a leading global player, TWE is aware of the need to continue expanding its footprint in order to offer a better service to its clients,” Berens says.
Suggested For You 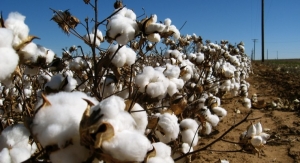