P.H. Glatfleter Co. continues to make progress in both increasing earnings and market share within its engineered fiber-based business. Three-and-a-half years after acquiring airlaid manufacturer Concert Industries, its newly created advanced airlaids materials division is a major nonwovens producer, and one of the world’s largest maker of airlaid nonwovens.

The York, PA-based company has its roots in paper making but also operates a sizable wetlaid business in addition to the aforementioned airlaid business. In April 2013, Glatfelter further broadened its scope through the acquisition of Dresden Papier, a leading producer of nonwoven wallpaper base materials and a supplier to many of the world’s largest wallpaper companies.

The company’s advanced airlaid material business reported sizable growth in 2013, up from $246 million in 2012 to $268 million in 2013. The bulk of these sales, about 82%, are conducted within the feminine hygiene market to a small group of large, multinational companies, but other key markets include wipes, home care and adult incontinence. This material, over 100,000 tons of it, is made at sites in Gatineau, Quebec, Canada and Falkenhagen, Germany.

“It has been a very encouraging journey,” says Jonathan Bourget, vice president and general manager of the advanced airlaid material business. “After the acquisition of Concert we had a bit of a learning curve and we had to make necessary changes to meet expectations but our progress has been very encouraging, thanks to the dedication of our employees and the trust of our customers.”

One notable performance improvement is the division’s earnings profile, which increased from $4.4 million to $21.5 million during the past three years due to efficiency improvements, waste elimination, share expansion, volume growth and innovation that have been a key focus since the acquisition, according to Bourget.

Also helping to boost productivity, and by extension earnings, was the 2012 investment in a new festooner line in Gatineau, Quebec, the home of two airlaid lines. The investment was the second festooner at the site.

With the bulk of its business in Europe and the Americas, Glatfelter has recently taken some steps to broaden its reach into Asia where hygiene growth, estimated between 7-12% depending on the subregion, is outpacing more developed regions. Glatfelter has opened a full-fledged sales and representation office in China, where it currently has several employees assessing the market and developing relationships with customers in the region.

“For now, the company is seeding this market from its operations in Europe but as this region has the most promise in terms of growth, a more substantial presence could be considered in the future,” says Bourget. “For now, no definitive plans have been made. We need to better understand the market.”

Meanwhile, in new product development this spring Glatfelter began promoting eCore material, a pulp-based airlaid substrate containing as high as 85% super absorbent polymer (SAP). Intended for use in adult incontinence products and baby diapers, eCore can create an end product that is significantly thinner and more discrete than existing diapers and other absorbent devices while reducing costs associated with SAP spillage.

According to Bourget, products featuring the technology are now available at select retailers in Germany and the technology can be used in light incontinence products all the way to pull-up adult or baby diapers. “It is a much more efficient use of powders. It reduces usage of SAP by as much as 20% due to the lack of spillage, uniform distribution of powder, and significantly improved free-swell,” he says.

While some airlaid producers have attempted to break out into new markets for the technology, Glatfelter has chosen to continue its focus in the personal care market.

“There are very diverse markets for airlaid but some of the industrial or specialty markets are very small—medical applications for wound care or insoles, or even some categories of food packaging,” he says. “All of these are interesting, and while we will continue supporting these where it makes economic sense, our choice has been to focus on personal care. This is where we have the best skills and technology to offer the market.”

The other arm of Glatfelter’s nonwovens business, wetlaid materials for food and beverage products and wall coverings, is contained within the group’s composite fibers business.

In 2013, this business was boosted by the acquisition of Dresden Papier GmbH, a leading producer of nonwoven wallpaper based materials. Previously owned by Fortress Paper, a Canadian firm, Dresden is based in Heidenau, Germany, near Dresden where it operates a state-of-the-art 60,000 metric ton operating facility solely dedicated to the wallcovering market.

At the time of this acquisition, executives described it as a continuation of Glatfelter’s focus on adding industry leading nonwoven product lines to its composite fibers business and predicted it would grow about 10% per year.

Acquisitions like the airlaid business and Dresden Papier are in sync with Glatfelter’s strategy of exposing itself to grow businesses and boost the share of its engineered and fiber-based businesses, which now represent about half of total sales and 64% of earnings. Meanwhile, the group’s legacy paper business, the specialty papers business unit, now account for just half of the business.
Related Searches
Related Knowledge Center
Suggested For You 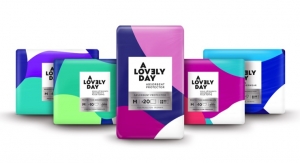