Proposal to split hygiene and forest products into two listed companies will be brought to 2017 Annual General Meeting. 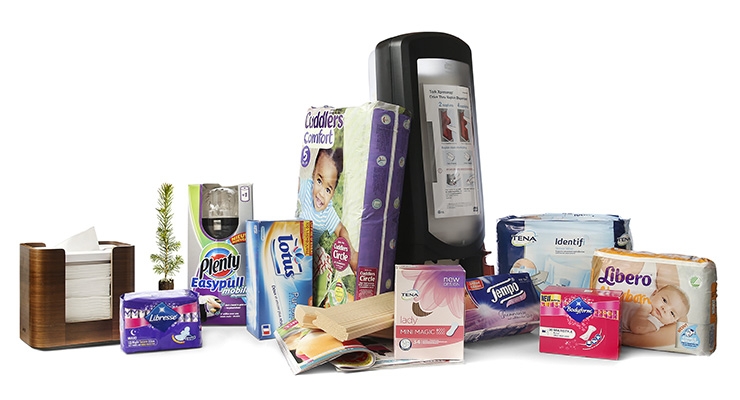 SCA president and CEO Magnus Groth says this added value will be created by distributing the Group’s hygiene business to its shareholders. “The means on the day of the distribution, the SCA shareholders at that day will receive another share which then relates to the new listed hygiene company,” he explains.

A year ago, SCA announced that the Group would be separating in two divisions—a hygiene division and a forest products division—to further develop each operation. This move led analysts to believe the Group might split in the future.

During a conference call yesterday, Groth said the company had spent the past year looking at both branches—into the strategies, the synergies, the efficiencies and the differences, and how they would develop in the future. The Group concluded that the synergies between the two divisions are limited.

“When we looked at the separation part of the work with dividing us into two divisions, we realized there was very little to separate,” Groth elaborated. “We are more or less working as two different companies. And realizing this, we concluded that we could take this step, you could say, already now, but we’ve actually spent one year now analyzing the different options and it will be another year before this happens, so I believe that we are giving this sufficient thought to make sure that we arrive at the right solution.”

Groth described the two arms as both strong and attractive, with strong financials and strategies. Making up about 85% of SCA’s sales, the hygiene business is a global market leader in incontinence products with TENA and Away-from-Home tissue with Tork, and also markets strong regional brands in baby diapers, feminine care and consumer tissue. Europe’s largest private owner of forests, SCA says its forest products division makes up roughly 15% of its sales.

Following the split, the new hygiene company, based in Stockholm under a yet-to-be-determined name, would continue operating personal care and tissue under CEO Magnus Groth. Meanwhile, all forest industry operations and forest land under the forest products company will continue to operate under the SCA name and be headed by Ulf Larsson as CEO, the current president of SCA Forest Products. Larsson was appointed executive vice president of SCA effective yesterday. The new SCA will be headquartered in Sundsvall, near its forest products operations.

While the division is subject to the annual general meeting of shareholders next spring, Groth indicated that key shareholders of SCA have voiced their support of separating the Group into two separate listed companies. If the majority of shareholders agree upon this proposal next year, the listing is planned for the second half of 2017.
Related Searches
Related Knowledge Center
Suggested For You