“The fourth quarter was one of our best in several years,” says John D. Williams, president and CEO. “Our results reflect a strong performance in Pulp and Paper as we benefited from solid business fundamentals, accelerating price realizations and improved productivity. I’m especially pleased with our cost performance in the quarter despite fiber availability issues at several of our facilities.”

Commenting on Personal Care, he adds, “Results improved from the third quarter led by seasonally stronger sales in Europe while new customer volume began to ramp up in North America. Higher volume and cost improvements also drove operational efficiencies and resulted in lower overall unit cost. Although markets remain challenged with raw material cost inflation, we do see some of the underlying fundamentals beginning to improve.”
Related Searches
Suggested For You 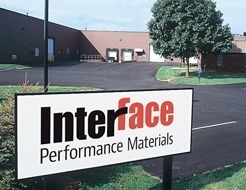