Brian Chambers will take over role from Mike Thaman, who is retiring

Owens Corning announced that its Board of Directors elected Brian D. Chambers, 52, current president and chief operating officer (COO), to succeed Mike Thaman as chief executive officer (CEO), effective April 18, 2019. Thaman, who has served as chairman since 2002 and as CEO since 2007, announced his retirement as CEO and will remain with the company in the role of executive chairman.

“On behalf of our Board of Directors, we are pleased to elect Brian as our next CEO, the 8th CEO in our company’s 80-year history,” says Thaman. “Brian is a proven and respected leader who has delivered strong operating results through a relentless commitment to our customers and to our people. I am confident that Brian will lead our 19,000 employees to achieve great success in the years to come.

“Having served 11 years as CEO and nearly two decades in executive leadership, I feel this is the right time for a leadership change. It has been my honor and privilege to serve this great company. I am proud of the people of Owens Corning and the businesses we are building.”

Chambers, who was promoted to president and COO in August 2018, will retain the title of president as he assumes the CEO role. Previously, he served as president of the Roofing business since 2014. Overall, he has 15 years of management experience with Owens Corning in a variety of positions, including roles with the company’s Composites and Building Materials businesses. He also spent over three years as the president of Saint-Gobain’s Distribution business in North America following Owens Corning’s divestiture of the business in which he served as president. Over the course of his career, Chambers has held a number of senior operating roles across a range of businesses and geographies.

“This announcement is the successful culmination of a multiyear succession plan to select the best leader for the company. Brian has worked closely with the Board over the past several years, and we look forward to what he will bring to the company as CEO,” states John Williams, lead independent director of Owens Corning’s Board of Directors. “On behalf of the Board, I want to thank Mike for his tenure as CEO. Under his leadership, the company has significantly grown revenues and profitability, and created a sustainable enterprise that is well-positioned for the future. I would also like to thank Mike for continuing as the company’s chairman and facilitating the change in leadership during the transition period.”

Chambers states, “I am honored to be named the next CEO of Owens Corning, and want to thank both Mike and the Board for the confidence they have placed in me to lead this strong organization. I welcome working with Mike as executive chairman and benefiting from his experience as we continue to grow the company.”
Related Searches
Suggested For You 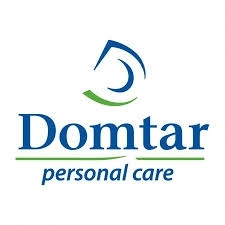