On July 30, the Court of Appeal in London, England, ordered revocation of the U.K. designation of the Fameccanica.Data SpA patent EP 1 355 604, affirming the earlier judgment of the High Court. The patent relates to a diaper including side panels constructed from stretchable tri-laminate materials made breathable by the use of ultrasonic bonding and to a method of making that diaper.

In response to the claim by Curt G. Joa, Inc. to invalidate the patent, Fameccanica had applied to amend it and acknowledged that the patent should be revoked if the application failed. The Court of Appeal agreed with the High Court that the amendments had no basis in the patent or the application it derived from and dismissed the appeal.

During the proceedings in the Intellectual Property Enterprise Court ("IPEC"), Fameccanica applied to amend the UK designation to clarify the invention it claims. In May 2017, the IPEC judge held that the UK designation should stand to be revoked because the amendment was not allowable. Nevertheless, in his judgment, the judge explained that, were the amendment allowable, then the patent was valid. Fameccanica appealed arguing that the amendment should have been allowed.

In its judgment, the Court of Appeal upheld the IPEC's decision and so declined to allow the amendment of the UK designation of the patent.

The Court decided that this “validating amendment” to the European patent was not a permissible one because it disclosed technical details that were not in the original application. From Joa’s point of view, its original case that the patent was invalid was ultimately successful.

In response to the UK court's decision Fameccanica issued the following statement: "While we are obviously disappointed by the Court of Appeal decision, it is worth noting that it does only affect the UK designation of the patent and the UK market where the patent was not practiced.  The amendment refused by the court was also one that responded to the particular prior art and arguments in the UK proceedings. In contrast, the European Patent Office recently allowed amendment of the patent, so strengthening it in all non-UK designations. In addition, in October 2017 the Patent Trial and Appeal Board of the U.S. Patent and Trademark Office upheld the U.S. equivalent of the patent. In both instances, the patent offices dismissed Joa's arguments. We will therefore continue to vigorously defend all the non-UK designations of the patent and its counterparts against attacks and to provide our customers a competitive edge through the exclusive supply of equipment that implements the innovative technique claimed by the patent and its counterparts."
Related Searches
Related Knowledge Center
Suggested For You 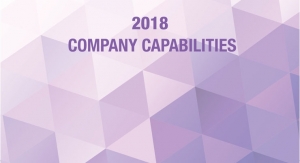