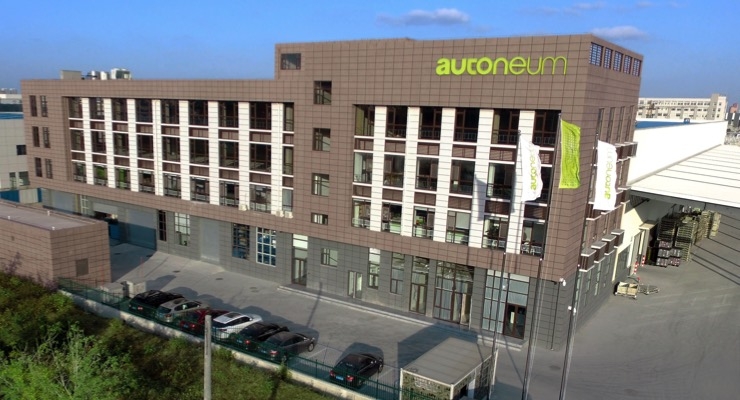 High-volume orders from European, U.S.-American and Chinese customers made it necessary to boost Autoneum’s production capacities in China, the largest automotive market in the world, according to the company. At the new plant in the Eastern Chinese city of Yantai (Shandong Province), series and just-in-time production of inner dashes and carpet systems has already started. Around 250,000 vehicles of Chinese vehicle manufacturers will be supplied with components from Yantai each year. A particular area of focus at this new plant, Autoneum’s seventh in China, will be sustainable production processes: Production waste in the form of mixed fiber fleece and polyester will be recycled and re-used in the manufacture of components.

Yantai is one of Autoneum’s first plants designed on the basis of digital three-dimensional simulations. Using so-called “Computer-Based Manufacturing Simulation” (CBMS), machine set-up, layout of production cells and even deployment of shopfloor workers were simulated already during the planning phase, which enables Autoneum to ideally design and utilize the plant, advance working conditions, increase production efficiency and realize associated cost savings. Knowledge gained from the use of the virtual reality application in Yantai will flow into the CBMS-based design of other new plants within Autoneum’s global production network.

On the occasion of the grand opening of the Yantai plant, Autoneum CEO Martin Hirzel stated: “We are investing in the development and expansion of our Chinese production capacities, taking into account the importance of the Chinese growth market and ever-increasing demand from international and Chinese vehicle manufacturers. In line with our strategy, we are focusing on vertical integration and sustainable production processes at our new plants.” He further stressed: “With the regional market launch and production of lightweight components for various types of drives, Autoneum is supporting the expansion of electromobility in China, reductions in traffic-related CO2 emissions and thus sustainable mobility in the highest-volume automotive market in the world.”

The new plant in Yantai represents merely the start of a significant capacity extension by Autoneum in China. In just a few weeks, series production of carpet systems, inner dashes and wheelhouse outer liners will also get underway for U.S.-American and Chinese vehicle manufacturers at Autoneum’s new plant in the city of Changsha (Hunan Province). Annual production capacity for the Changsha plant will amount to some 1.4 million components. Productivity and sustainability likewise come together at this approximately 11,000 square meter large plant: Scrap from carpet and felt production is recycled on a fully-automated basis, ensuring a closed material cycle.

A plant located in Pinghu (Zhejiang Province), some 100 kilometers southwest of Shanghai, is still under construction along with a production facility in Shenyang Tiexi (Liaoning Province) in the country’s northeast. Starting in the fall of next year, Autoneum will produce underbody systems for European and Chinese vehicle manufacturers in Pinghu. In 2018, Shenyang Tiexi will likewise supply models produced by German customers with heatshields, hoodliners and carpet systems.

In addition to the three fully owned plants in Chongqing (since 2006), Taicang (2010) and Shenyang (2011) and a development center in Shanghai, Autoneum jointly operates Chinese production locations with Japanese automotive supplier Nittoku in Guangzhou (2003), Tianjin (2004) and Wuhan (2013). Autoneum’s customers in China include European, U.S.-American and several Chinese vehicle manufacturers.

By expanding its production capacities in China, Autoneum is laying the foundation for further profitable growth despite challenging regional markets. It is therefore expected that contrary to earlier assumptions the company’s 2017 net sales will only slightly surpass those of the previous year due to the significant decline in light vehicle production in the U.S. The results achieved so far confirm the EBIT margin forecast of over 8% for 2017.
Related Searches
Related Knowledge Center
Suggested For You 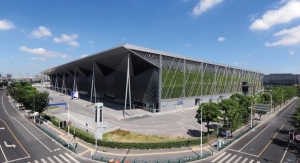 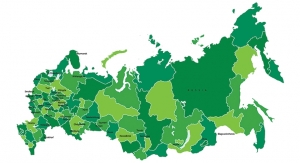 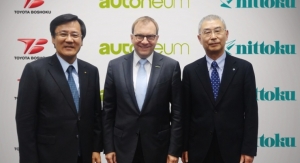