Plastic Free Wipes—Where are We Now? 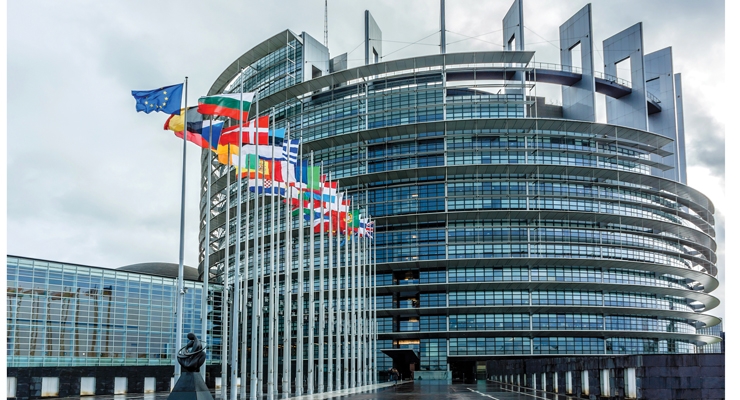 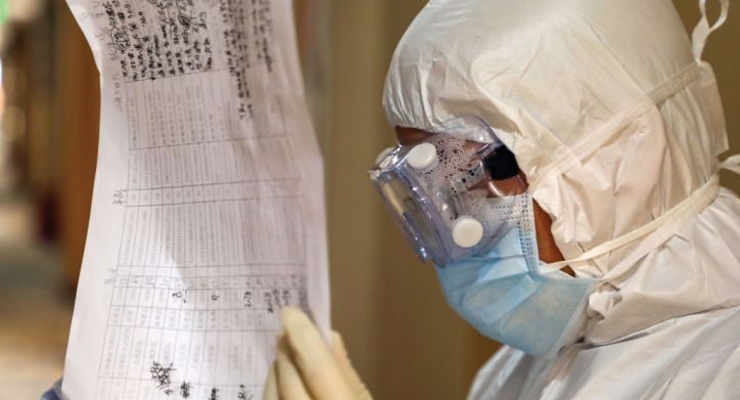 Disinfectant wipes can aid in the destruction of germs and viruses. 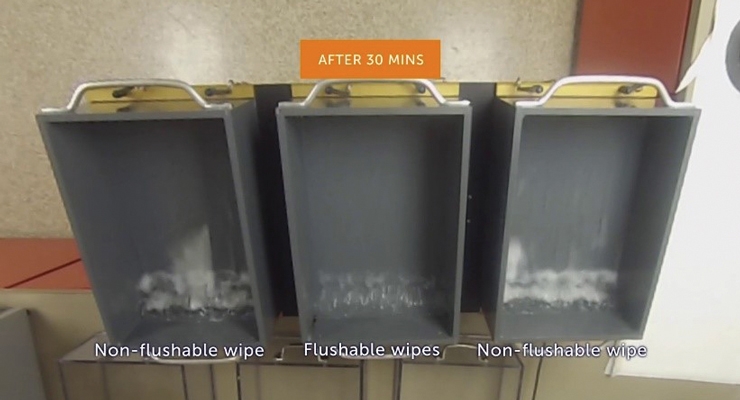 The wipes industry continues to improve flushability and dispersibility in wipes. 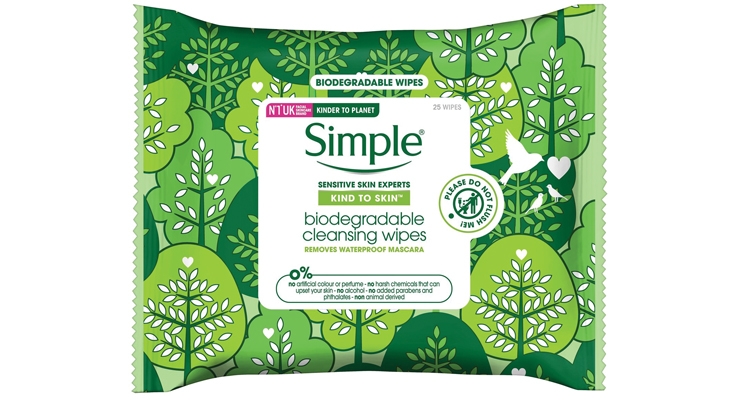 Plastic-free legislation in EU and elsewhere has led to new material combinations in personal care wipes. 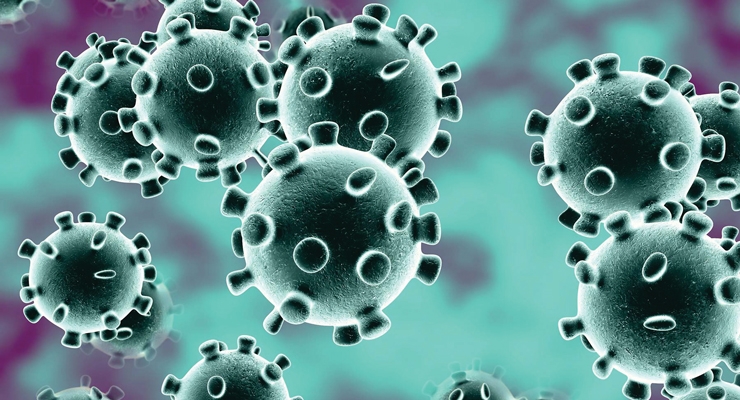 The Coronavirus pandemic has highlighted the performance benefits of wipes. 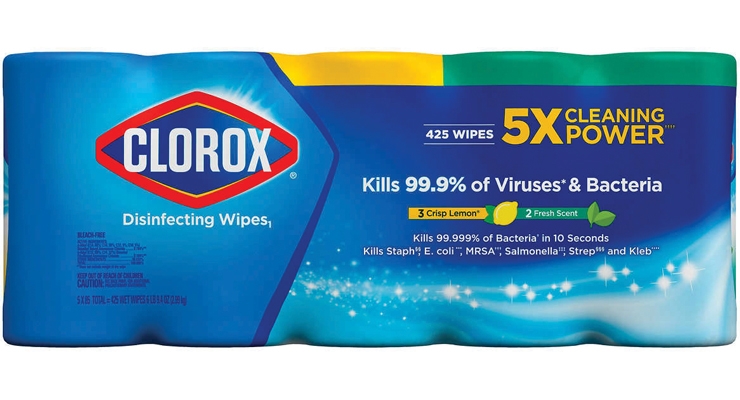 Disinfectant wipes like Clorox depend on plastic raw materials to be effective.


What is going on where?
Anyone who is unaware that there is proposed legislation, pending legislation and still being formulated legislation in action for the control of Single Use Plastics must be living on the dark side of the moon. However, when you get into a dialogue with professionals from all parts of the disposable products, nonwoven and fiber industries you might hear at least five different versions of where we are at, what it entails and most importantly where we might end up. So here is at least my version of where we stand today.

The European Union
The EU is absolutely the most defined and advanced geography in terms of Single Use Plastics legislation and even there we are not yet defined or finalized on what will actually be enacted. What we do know is that the EU Single Use Plastics Directive 2019 / 904 June 5, 2019 has been approved. Accordingly, unless there is specific directed intervention, in June of 2020 guidelines will be provided that will define: 1) What products are included under the umbrella of this directive (consumer wet wipes and sanitary feminine hygiene products are expected to be included); 2)What will be defined as a “plastic” (and that is a really big question); and 3) What actions will need to be taken with regards to product labelling, which includes what a “contains plastic” logo might look like, how big it may need to be and what is the threshold for having to use this label. As you can see there are a large number of ‘What Ifs’ still remaining and these have huge potential implications for the fiber and nonwovens industry.

The most talked about of these what ifs is the basic definition of a plastic, if viscose and lyocell are to be included as a plastic--and there are scientific arguments both for and against--then the very feasibility of the EU Directive becomes challenged. The language of the directive has at least two paragraphs that refer to the feasibility and promotion of more sustainable alternatives, it will be interesting to see if there is any pragmatism with the EU decision makers. One scenario suggests that lyocell may be excluded while viscose is included, however, with a worldwide total of less than 400,000 metric tons of lyocell capacity it is hard to see how this would represent a feasible alternative.

What we do know at least is that one way or another there will be some sort of decision by June of this year on what’s in, what’s plastic, and what does a label look like. Further phases of this legislative package regarding Extended Producer Responsibility, which essentially states what producers will have to pay for disposal, clean up and awareness and how this will be administered seem to be still in the formulation phase.

North America
So if you thought that the situation seems a long way from certain in the European Union then welcome to the picture in North America.

In the U.S. there are two major initiatives from legislators that are in sight at present.

In California the California Circular Economy and Plastics Pollution Reduction Act (SB 54/AB 1080) is making its way through the legislative bodies. It was expected to be passed by both chambers of the legislature at the end of last year, but seems to have slowed down as the specifics are being negotiated. There is still an expectation that it will be passed by this summer, however as of right now it is suggested that it will not specifically call out immediately consumer wet wipes and feminine care products. The specifics of this bill and how it then gets manipulated prior to being implemented are much less clear, although there is no doubt it will bring more visibility to products containing plastic materials, even if they are not included as priority Single Use Plastics in the first iteration.

At the federal level there is a bill that has been proposed which bears more resemblance to the EU Directive. The Break Free From Plastic Pollution Act of 2020 (HR 5845, S 3263) introduced by Senator Tom Udall (D-NM) and Representative Alan Lowenthal (D-Calif-47) is however very broad in scope which makes its likely progression very difficult, at least in the current legislative environment.

Canada made statements in 2019 that it was considering a directive very similar to that of European Union, however there has been little public follow up to this over the last six months. It may be that they are waiting for resolution on the EU directive in June before taking up the initiative again.

The Power of Lobbying
It is interesting to make a comparison to the recent legislative /wastewater push for regulation on flushable wipes and where we stand on the issue of Single Use Plastics.

During the last five years wastewater regulatory bodies and certain municipalities pushed very hard on the nonwovens and wet wipes industry on the issue of flushable wipes. The two principal industry associations INDA and EDANA put together an industry coalition and despite some early disagreement a firm industry position was established with good science behind it and a proposed evolved industry standard (GD4) was supported. This provided a platform for the excellent government outreach and lobbying that has occurred over the last two to three years, which has resulted in solid pushback against inappropriate standards proposed by wastewater that many standard grades of toilet tissue would not pass.

Although it is still extremely early days in the work on Single Use Plastics, we seem to have such a wide variety of protected interests and tougher still no common industry vision of what an appropriate or acceptable legislative path actually looks like. It is difficult to bring even INDA and EDANA together as the EU directive is so much more defined and progressed than any proposed legislation in North America. This does not of course mean that we should give up, EDANA has worked strongly within the EU to provide a voice on the specifics of what will be classified as plastic and what labelling practices should look like. With the legislation at a much more formative level in North America INDA has tried to bring together industry groups to develop position papers on likely products that might be subject to such legislation and develop a broader base response which includes recycling and end of life considerations. However, based on meetings that this author has attended and feedback from others it seems that consensus and coordination with the disparate vested interests of the member companies may be very difficult or even impossible to achieve.

Consumer Sentiment vs. Legislation
So we have a situation where there is legislation that is coming in Europe and will start being acted upon in the second half of 2020 and we are seemingly much further away in the development of such legislation in North America.

There seems to have been positive awareness and action by industry on the potential implications of this for really only over the last 18 months or so. However, based on the personal knowledge of the author and input from many other sources in multiple parts of the supply chain, action is now being taken quickly and decisively, especially in Europe. There are a number of wipes, more typically in the premium segments, that have already shifted away from using what are expected to be classified as “plastic materials,” there has been investment in equipment designed to have greater flexibility to utilize non-plastic fibers, there have been the introduction of multiple new wipe brands marketed as plant based, compostable or even plastic free. This leads to the question—will consumers buy these products, pay a premium or expect them to become the new standard and actually reject products which have a “contains plastic” logo/label?

I recently had the privilege to be involved in a couple of very interesting roundtable discussions with a nonwovens producer and a consumer products producer both in different parts of Southern Europe. Representatives from both companies were extremely well informed, well educated and highly intelligent in their understanding of the challenges that this new legislation would bring, however their opinions of the consumer/market reaction were very sharply focused and radically different. In the main their differences focused on the economics of the situation, when faced with a potential 20% price difference in a baby wipe that “contains plastic” versus one that does not what will a consumer do? Is the tidal wave of popular opinion such that it can overcome such cost differences, will leading brands develop low cost “Plastic Free” alternatives and then market the plastic-free aspect to the point where it becomes the new normal.

Ultimately although legislation is driving this activity it is the contention of the author that it will be consumer sentiment and buying behavior that will drive the market development in this field.

And Then There is This…..
When asked to write this article about a month ago I had just returned to the U.S. from Italy, and while I had heard of the Coronavirus and Covid-19 in China, the issue it might pose was still largely a veiled threat. That following weekend the situation started exploding in Italy and as everybody knows it has become an all consuming issue since that time. It is impossible to write this article without at least touching on the potential impact that the Covid-19 outbreak will have on consumer sentiment and maybe even on pending legislation. When all that one sees on the news is the doctors and nurses swathed head to toe in Single Use Plastics, when a Clorox five-pack is selling on E-Bay for $150, when all wipe types are essentially sold out, how does one not pause to consider the issue of functional performance versus environment in the face of this. It is absolutely feasible to make effective baby wipes from entirely plastic free fiber combinations, but it is much more difficult to make hard surface disinfecting wipes as effectively without plastic fibers.

This event will be overcome but it is going to be a while yet, and the cost in human lives and the economy is going to be significant and will be unlikely to be forgotten quickly by consumers and legislators any time soon.
Related Searches