For the fiscal year ended March 31, 2014, the weakness of the Japanese yen benefitted exports and share prices, a situation that benefitted Japan Vilene Group, which reported a 13.4% increase to ¥54.5 billion ($532 million) in corporate sales as well as a 164% increase in consolidated operating income. Nonwovens sales were reported at ¥20.9 billion ($204 million).

In August 2013, the company published its three-year mid-term plan 2013-2015, through which it stated a goal of achieving consolidated net sales of ¥61.5 billion ($600 million) and consolidated operating income of $42 million by 2015. Furthermore, the company intends to promote its eight basic strategies of the Mid-Term Management Vision and strengthen structural profitability in order to be unaffected by changes in the external environment. Specifically, Japan Vilene  has set out four “key challenges” as priority policies—promoting new products and businesses; expanding core businesses and strengthen profitability; improve productivity and strengthen human resources training and development.

In fiscal 2014, within the apparel and medical materials department, interlining and wadding sales decreased due to lower domestic women’s clothing sales while sales of cold compress base masks and medical cosmetic materials increased.

In the air filtration department, sales of general use media remained flat as washable filter sales were low and spray painting filters and other disposable products were up. Sales in the medium and high efficiency filter category decreased as did cabin air filter sales. However, division sales were up significantly following the acquisition of Oshitari Laboratory, a Tokyo-based manufacturer of chemical filters and electric discharge machines, in August 2013.

According to Japan Vilene, Oshitari’s products and market are different from those of Vilene and the two companies will benefit from many synergies.

Within automotives, floor mat sales increased in North America on the heels of the establishment of a new company in Mexico. Sales increased in Japan also due to favorable car sales and Asia. The new site in Mexico was established in May 2012 and began making nonwovens for floor mats in January 2013. It was established to ensure the stable supply of automotive floor mats in Mexico as Japanese car manufacturers and major automakers are expanding production there.

Looking ahead into 2014, Vilene expects floor mat sales to increase further on the establishment of a Thai subsidiary to manufacture floor mats for the ASEAN region where sales of new cars are growing rapidly.

Meanwhile sales of headliner materials decreased due to design changes of some of its customers. To combat this the company has installed a multifunctional printing line to make Twinetex, a three-dimensional headliner material that was introduced to market in 2011.
Related Searches
Related Knowledge Center
Suggested For You 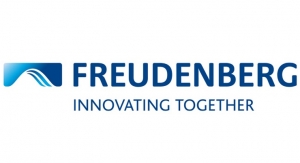