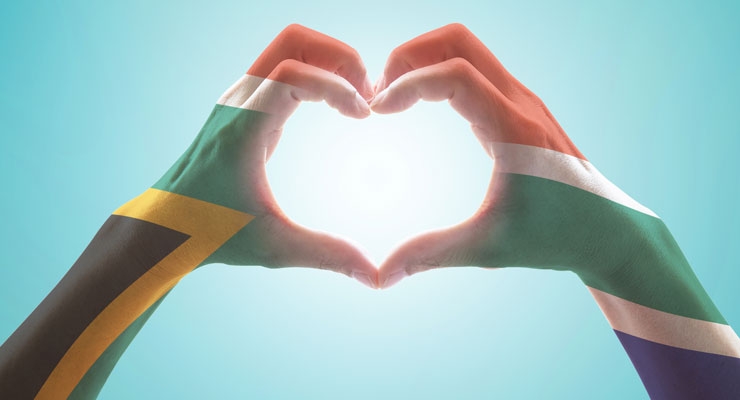 Interest in South Africa continues to build. In the past two weeks, not one but two companies—locally owned Spunchem and Czech-based Pegas—expressed interest in establishing a local supply for the country’s hygiene market, which is growing about 4% according to international tracker Euromonitor.  In announcing their attentions, both companies pointed to stellar growth prospects for hygiene as well as limited local production as motivators for this interest.

Western hygiene manufacturers have had a presence in the country for several years. Procter & Gamble began making baby diapers in Johannesburg in 2009 and established a large manufacturing hub‑for products including feminine hygiene items and laundry detergents—there in 2014. Last year, Procter had the No. 1 position in the South African baby diaper market with a 41% marketshare.

P&G rival Kimberly-Clark has been making feminine hygiene products and baby diapers, among other things, at a facility in Epping Mill since at least 2013 and currently has a No. 2 position in the baby diaper market. Coming in at No. 3 is the Cuddlers brand, which is evenly owned by Sweden’s SCA and South African firm Nampack..

David Price, a nonwovens industry consultant specialized in the spunbond and spunmelt markets, sees room for two new nonwovens suppliers in the South African hygiene market, which is now fed through imports, mainly from North Africa, South America and Asia—although one local player Cordustex, has operated a spunbond line there since 1995.

“It is a standard play to replace imports,” Price adds. “The market is big enough to justify local production.”

Spunchem, whose roots are mainly in industrial nonwovens, says it enlisted the help of a top-tier diaper manufacturer to run trials using its new technology in diaper manufacturing. As its first hygiene-centric investment nears completion this summer, the company has already said it will add a second line sometime in 2018. Spunchem has been making spunbond nonwovens for industrial markets for 20 years and currently operates three spunbond lines dedicated to these markets. No supplier has been named for the new line.
Meanwhile, Pegas announced last month its board of directors had voted to establish a South African subsidiary, a move that executives feel will result in the purchase of land and eventual construction of a small-scale Reicofil 4 spunmelt line in the country. Pegas already has a North African operation in Egypt.

"The establishment of the company represents the beginning of a project, at the end of which, I firmly believe, will be another production plant built outside the boundaries of the Czech Republic," says, CEO Frantisek Rezac. "Together with the establishment of this company, we are starting to take steps that will lead to the purchase of the identified parcel and expect that the entire land purchase process will be formally completed during the next few months."

According to Price, Pegas can offer international scope and sophisticated and cost efficient Reicofil technology to this growing market while Spunchem, with its role as a locally owned company, can offer stellar market know-how and cultural awareness.

“These companies don’t decide to start up these operations without doing their research,” he adds. “They are negotiating, they are looking for partnerships. It’s a smart decision.”

For starters, these companies are expected to target the disposable diaper market, which currently represents the lion's share of retail hygiene sales thanks to South Africa's disproportionately large youth population and high birth rates—relative to those of developed markets.  Sanitary protection products are the second largest category in absolute value, with sales reaching $122 million in 2015. It is, however, the smallest retail hygiene category—adult incontinence that is seeing the fastest growth rates in recent several years, rising by a further 8% in value in 2015.