Submissions will be accepted through November; winners will be announced in May 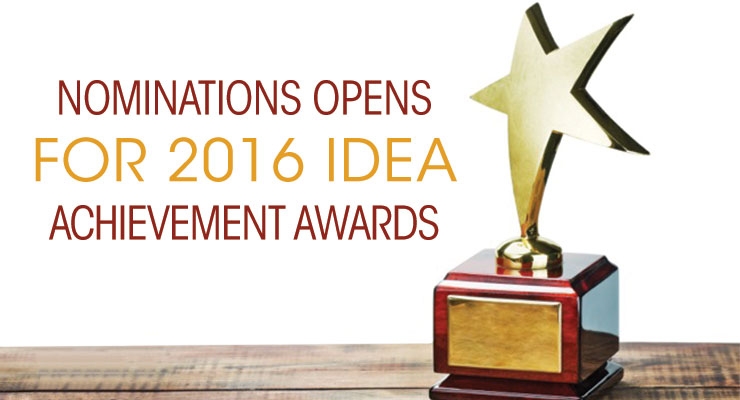 INDA, association of the nonwoven fabrics industry, in partnership with Nonwovens Industry, is seeking nominations for the IDEA16 Achievement Awards, which will recognize the brightest innovation across the nonwovens and engineered fabrics industry at IDEA16. Nominations are open now and will remain open until November 30.

The IDEA16 Achievement Awards will recognize the leading companies, individuals, and new products in the global nonwovens and engineered fabrics industry. The awards will be presented during IDEA16, May 2-5, 2016, at the Boston Convention and Exhibition Center (BCEC) in Boston, MA.

All professionals in the global engineered fabrics industry can nominate products for the IDEA16 Achievement Awards. Nominations can be made in five categories through the Nonwovens Industry site at http://www.nonwovens-industry.com/idea16-achievement-awards.

INDA’s Technical Advisory Board then will select three finalists in each category, and in early 2016 industry professionals will have the opportunity to vote on the recipient in each category through the Nonwovens Industry website.

“These IDEA Achievement Awards promote innovation and recognize outstanding achievement within the worldwide engineered fabrics community and it is appropriate that they will be presented during IDEA16, the singularly most important industry event show of the year,” says Dave Rousse, President of INDA, the organizer of the triennial IDEA Conference and Exposition.

Nominations are being accepted in five categories for their introductions in the past three years since IDEA13: