Nonwovens Innovation and Technology Center to be built at NC State 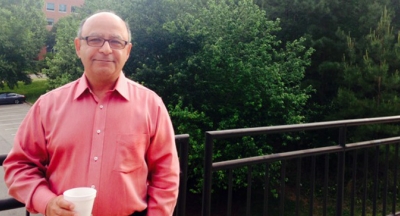 The nonwovens program at North Carolina State Univeristy is about to get a whole lot bigger. The Nonwovens Institute, which is the U.S.’s only accredited academic program in the field of engineered fabrics, will soon be housed in a state-of-the-art building and testing facility located right on the university’s Centennial Campus.

To be known as the Nonwovens Innovation and Technology Center, the new building will house a Reifenhäuser Reicofil RF4 bicomponent spunbond line as well as hydroentanglement technology, a calender as well as drying and winding capabilities provided by Andritz Perfojet. This new set-up will allow the Nonwovens Institute to run trials and develop technology in a wide application range.

The center, which will also offer leased office space, should be through the construction phase in early to mid 2016 and be fully operational by October 2016.

According to Behnam Pourdeyhimi, executive director of the institute, the value of the equipment scheduled to go into the new center is around $20 million. In addition to supporting student research, the lab will be outsourced to member companies to do pilot research.

The new line, which will be one of  only a few of its kind in the world, will be able to produce lightweight and heavyweight fabrics both in existing nonwovens categories as well as in emerging markets, says Pourdeyhimi.

“We are excited about what this new line will bring to our research capabilities,” he says. “Not only for our school but for the nonwovens industry. We could not have done this without our partners.”

According to its website, the Nonwovens Institute at NC State is an academic program for the interdisciplinary field of engineered fabrics. Described as an innovative global partnership between industry, government and academia,  NWI receives several million dollars per year in memberships, private research and product development services. At any given time, the program supports about 70 graduate students and graduates about 10 per year.

In April, Pourdeyhimi, who is also the associate dean for industry research and extenstion at the College of Textiles, received the 2015 O. Max Gardner Award—the North Carolina university system’s highest faculty honor—for his contributions to health and human safety. The award recognized Pourdeyhimi’s research in technologies aiming  to improve water purification and air filtration, biomanufacturing, drug delivery systems, agricultural production and protective materials for the military and civilians.

NWI was launched in 2007 but traces its roots back to 1991 when the Nonwovens Cooperative Research Center (NCRC) was established through a collaboration of matching grants from the National Science Foundation, the State of North Carolina and several industry partners. NSF grant funding ended in 1998 but the NCRC continued to enhance its technology and research capabilities while growing its membership to become North America’s largest state-industry-university cooperative research center.

Currently, several nonwovens-related companies, including Mann + Hummel and Eastman Chemical Company have offices at the institute and many others use the equipment to run trials of new technologies. Pourdeyhimi says he expects more companies to follow suit as the new state-of-the-art equipment comes onstream.

Prior to the new investment, the NWI already housed Reicofil meltblown technology as well as drying, spinning and other nonwovens equipment.