Over 7000 attendees expected at this year's event.

IDEA 16 officially opened yesterday at the Boston Convention Center in Boston, MA. INDA president Dave Rousse, flanked by members of many of the world’s nonwovens trade associations, presided over a ribbon cutting ceremony in the main hall of the venue.

Calling IDEA a historic three days, Rousse said he sees the industry constantly evolving with signs of optimism everywhere. “All signs point to a positive future.”

IDEA 16, the world’s preeminent event for nonwovens and engineered fabrics, features 550 exhibiting companies from 33 countries, or everywhere in the world nonwovens are made, according to Rousse. More than 7000 attendees are expected during the three-day event.

Part of a three-year rotation of trade shows involving North America, Europe and Asia, IDEA 16 has been held in Miami Beach, FL every three years since 2001 but was moved to the Boston Convention Center when construction efforts were planned in Miami Beach. INDA plans to return to Miami Beach in 2019. 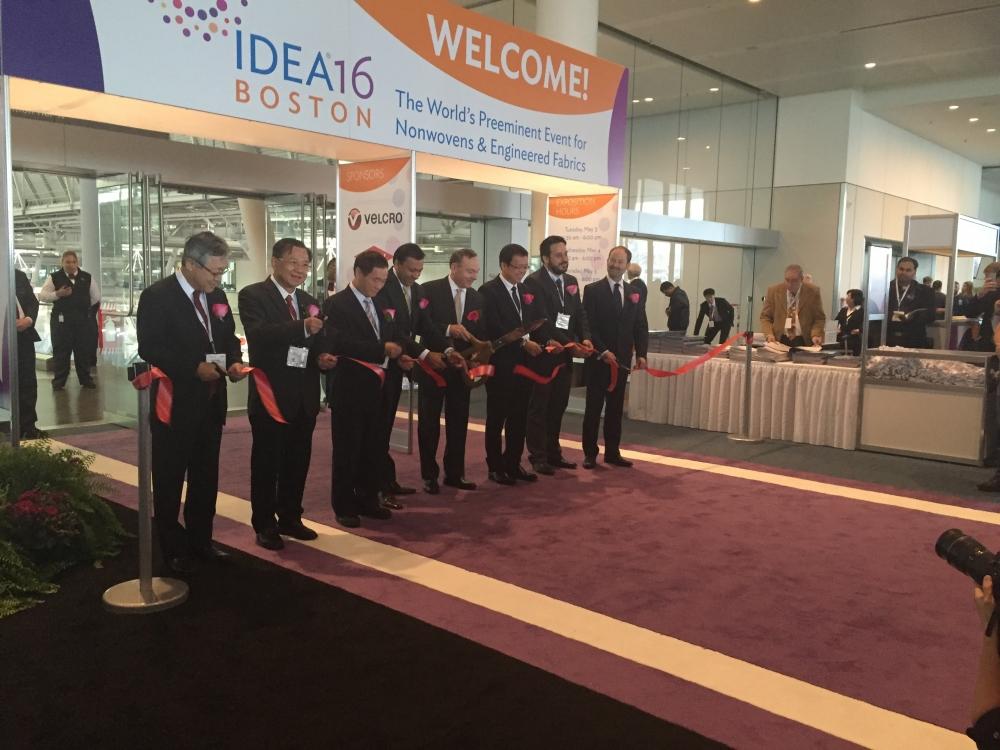