The Supervisory Board of the Hartmann Group announced the appointment of Britta Fuenfstueck as the company's new chief executive officer and chair of Hartmann's Management Board. Fuenfstueck will succeed Andreas Joehle, who has been in office since 2013 and announced last year his plans to step down due to personal reasons. She will join the Management Board of Hartmann on November 1, 2018 and will succeed Joehle as CEO on January 1, 2019.

Fuenfstueck joins Hartmann from Clariant, a worldwide leader in specialty chemicals where she was a member of the executive committee. In this role she was responsible for the Plastics & Coatings business, as well as several corporate functions. "2018 marks 200 years since Ludwig von Hartmann founded the company in 1818. Since then, Hartmann has grown to be a leading, global provider of medical and hygiene products," says Fritz-Jürgen Heckmann, chairman of the Supervisory Board of the Hartmann Group. "Britta Fuenfstueck joins a distinguished line of Hartmann leaders that have made the company what it is today. Britta will now lead us to continue our shaping of the Hartmann of tomorrow."

Fuenfstueck began her career in 1998 as a consultant at Boston Consulting Group. From 2000 to 2009, she held various marketing and sales positions, as well as director roles in strategy, planning and mergers & acquisitions in the healthcare division of Siemens AG in both Germany and the United States. In July 2009, at the age of 36, Fuenfstueck was given her first chief executive role when she became CEO of Siemens' Molecular Imaging business unit in the U.S. where she led a team of over 2500 employees. Following this, in 2013 she was appointed chief executive officer of the Clinical Products division at Siemens in Erlangen (Germany). There she oversaw an over 9000-person organization spread across 12 locations and served as a member of the Executive Committee at Siemens Healthcare.

An Austrian citizen, Fuenfstueck comes with a business education and studied engineering physics at Johannes-Kepler-University of Linz in Austria. There she completed her Master of Science studies with distinction in 1998.

"Joining Hartmann is an honor for me. The growing healthcare market is in need of innovative solutions to provide better outcomes.  Hartmann is well positioned to play an even stronger role in future. I am confident that we can seize opportunities and really make a difference," says Fuenfstueck. "People and culture are two of the most important qualities of a company and I'm looking forward to working with the Hartmann team around the globe."

During Andreas Joehle's six-year tenure, the company experienced steady growth, reaching the two billion mark in revenue at the end of 2017. In addition, the company has continued its workforce diversification and to expand internationally with the opening of new offices in South America and Asia, as well as completing the purchase of Lindor, the largest acquisition in the company's history.

"We are pleased with the progress Hartmann has made under Andreas Joehle's leadership," says Heckmann. "On behalf of the supervisory board and the employees of the Hartmann Group, I'd like to thank him for his dedicated service and wish him and his family all the best."

As the baton passes to Fuenfstueck, Heckmann had this to add about the board's hopes for Hartmann's future under her leadership. "We are very pleased that Britta will join the Hartmann family and are confident in her ability to take Hartmann to the next level. We offer her our full support and wish her much success as Hartmann's next CEO."
Related Searches
Suggested For You 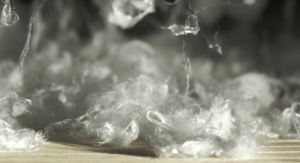 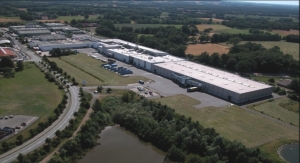