Ahlstrom-Munksjö’s Nomination Board has been appointed. The Nomination Board comprises representatives of the three largest shareholders of the company and, in addition, two expert members: the Chairman of the Board of Directors and a person nominated by the Board of Directors. The following three persons have been appointed as representatives in the Nomination Board: Mikael Lilius (Ahlström Capital Oy), Alexander Ehrnrooth (Viknum AB and Belgrano Inversiones Oy) and Mikko Mursula (Ilmarinen Mutual Pension Insurance Company).

The Nomination Board has been appointed by (1) Ahlström Capital, (2) Viknum AB and Belgrano Inversiones Oy (acting jointly), and (3) llmarinen Mutual Pension Insurance Company.

Holdings by a group of shareholders, who have agreed to nominate a joint representative to the Nomination Board, are summed up when calculating the share of all the voting rights, provided that the shareholders in question present a joint written request to that effect together with a copy of such an agreement to the Chairman of the Board no later than on May 30 preceding the Annual General Meeting. Ahlstrom-Munksjö has been informed that such an agreement has been made by Viknum AB and Belgrano Inversiones Oy. 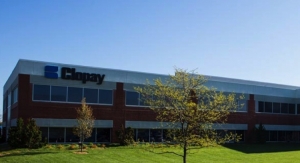